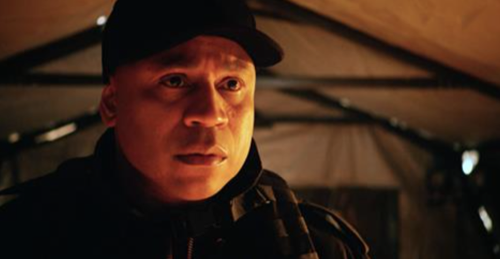 Tonight on CBS NCIS: Los Angeles returns with an all new Monday February 29, season 7 episode 17 called, “Revenge Deferred” and we have your weekly recap below. On tonight’s episode, after extensive surveillance footage of Sam’s (LL COOL J) family is found in Africa, Sam and Callen (Chris O’Donnell) fly there to determine who is responsible and for what purpose.

On the last episode, part 2 of 2. In Russia, Callen, Sam and Anna plotted to break Anna’s father and his CIA agent companion out of prison. Meanwhile, Callen finally learned what the “G” in his name standed for; and Kensi and Deeks took Eric into the field on an assignment in L.A. Did you watch the last episode? If you missed it, we have a full and detailed recap right here for you.

On tonight’s episode as per the CBS synopsis, “after extensive surveillance footage of Sam’s family is found in Africa, Sam and Callen fly there to determine who is responsible and for what purpose. Also, Sam’s family is moved from their home to a safe house. Ella Thomas returns as Jada Khaled”

Tonight’s episode looks like it is going to be great and you won’t want to miss it, so be sure to tune in for our live coverage of CBS’s NCIS: Los Angeles at 10:00 PM EST! While you wait for our recap hit the comments and let us know how excited you are for the season 7 episode 17.

Agent Sam Hanna was dragged halfway around the world in order to receive intel. Apparently there’s been a leak in NCIS Office of Special Projects and only Sam could be trusted with the information found in Western Eritrea because it had only been Sam’s family that had been threatened.

Both Sam and Callen had initially gone to Western Eritrea because they were looking for Thomas Karume. Karume was a notorious warlord and the African Standby Force had nearly caught on to him in that particular region. But, unfortunately, Karume had managed to escape them by mere minutes.

Although in those minutes, Karume was able to set fire to mostly everything except one board. That just so happens to have surveillance photos of Sam, his wife, and his kids. So the Standby Force had to take the threat seriously and agencies across the world had been notified about what they had found up on the board.

Only no one decided to tell NCIS this. Kensi had later checked with her Naval Intelligence friends and it seemed they too had been made aware of the situation, but they had been advised to tell no one at Special Projects. Again because of the leak within the department.

Thus the first time anyone in the unit had heard about the threat had been when Sam called LA to fill in both Hetty and Granger. And, as it turns out, neither of them had been pleased with the way their people had gotten shut out. For they did believe that their guys were the best equipped to handle such a threat. Particularly if it was personal.

And so Sam and Callen had gone about hunting for Karume with the satellite pictures that were provided to them though the pictures ended up revealing more information than even the Standby Force knew to be aware of. The pictures, you see, had naturally showed images of Karume and his camp followers. Only one camp follower stood out because Sam and Callen had thought Jada Khaled would have been dead by now.

Jada had once betrayed her warlord of a brother and so they thought Tahir Khaled would have immediately killed her the second she returned to Africa. Yet he hadn’t and more importantly he took her with him when he joined forces with Karume. Which according to gathered intelligence was six months ago.

And back in LA, Kensi and Deeks were trying to find information on Karume. So they called up their old friend Elmslie and, while he couldn’t give them a secret contact, he was able to connect them with Emmanuel Salim. Salim had been a child soldier conscripted by Karume and therefore he knew the warlord’s tactics.

But Salim was currently working at the Center for South Sudanese Justice and his bosses didn’t believe he should hand over pertinent information. Thus one man ended up telling Kensi and Deeks that they should arrange a list of questions that would be submitted to the board. And that they would get their answers that way.

Which also known as the long, drawn-out way. So what Kensi and Deeks chose to do instead was threaten Salim with a warrant for his arrest because he once been caught with a small amount of pot found on him. And they did this knowing that such an arrest could mean Salim would be extradited back to his war-torn country.

Therefore, the guys had proven willing to do just about anything for Sam and his family. And it resulted in them getting the information they needed on Karume. Like how the warlord lived completely off the grid by never so much going near a computer.

Yet, by digging into things they were told not, Kensi and Deeks had alerted Karume’s people in LA. Who then broke into Elmslie’s house and had left a lot of blood behind. Which was presumable Elmslie’s.

Though, thankfully, Elmslie’s secret contact had made himself known after Elmslie disappeared. CIA Agent Alfred Mahdi had said he was just as worried as everyone else about Elmslie and so he provided NCIS with information on how Karume was trafficking money. And unfortunately the Center for South Sudanese Justice turned out to be a cover for Karume’s organization.

Meaning the charity raising money to stop Karume had actually been funding the Lord’s Resistance Army this entire and the staff were in on it. Including Salim. Salim had after all been brainwashed as a child soldier so he never left the LRA. He just pretended to in order to get Karume whatever they wanted.

And in return Karume didn’t kill Salim’s wife and son. But, Salim did later help the guys in figuring out where Elmslie had been taken and so Elmslie had been rescued. And the CIA were able to stop the money laundering once and for all.

Meanwhile, Sam and Callen had both found and lost Tahir. Tahir had apparently allowed himself to be captured because he and Karume wanted their own chance at killing the people hunting them. Yet, Tahir missed his chance at killing Sam when Sam had found out that Jada was with the Sudan Army and had gone rushing to see her.

Although Jada had clearly moved on from their past. She was engaged now and so she told Sam that he didn’t have to rescue her anymore because she was finally happy. And this time it was real.

However, her new happiness was the one piece of good news. Jada’s brother and Karume were still at large. And they were going to continue wreaking havoc seeing as NCIS still hadn’t found their mole in their organization. So that meant Sam’s family was still at risk