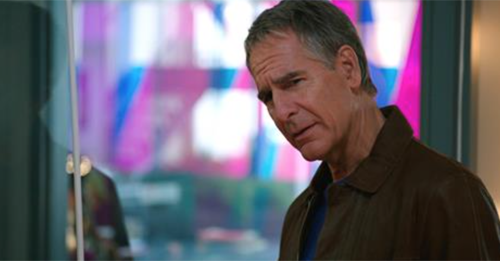 Tonight on CBS NCIS: New Orleans returns with an all new Tuesday March 1, season 2 episode 17 called, “Radio Silence,” and we have your weekly recap below. On tonight’s episode, the team must protect a local DJ from a threatening perpetrator as they investigate the murder of a Navy captain who was attacked while on-air with his radio show.

On the last episode the team tracked stolen Navy TNT to a warehouse, where they discovered a domestic drug ring led by Sonja’s childhood friend that’s producing their own cocaine. Did you watch the last episode? If you missed it, we have a full and detailed recap right here for you.

On tonight’s episode as per the CBS synopsis, “the team must protect a local DJ from a threatening perpetrator as they investigate the murder of a Navy captain who was attacked while on-air with his radio show. Meanwhile, Pride’s daughter returns home to discuss her plans for the future.”

Tonight’s episode looks like it is going to be great and you won’t want to miss it, so be sure to tune in for our live coverage of CBS’s NCIS: New Orleans at 9:00 PM EST! While you wait for our recap hit the comments and let us know how excited you are about the season 2 episode 17.

Captain James Grant of the United States Navy had called in the local radio show in order to catch up with his former Petty Officer that was now working as the Disc Jockey there when apparently someone broke into his home and shot him while he had still been on-air.

The victim on tonight’s episode of “NCIS: New Orleans” had been considered to be honorable. As in no one had a problem with James and more than a few people had later told NCIS that they had respected him more than anything. So this particular murder had come as a huge shock and the only person that could have possibly have answers was former Petty Officer Kayla Anderson.

James had been her commanding officer in Iraq and he had been on the line with her at the time of death. Yet all Kayla could tell Pride and his people was that James had called her because he was going to donate money towards her charity – Youth Stripes – and that she hadn’t in fact known how much he was going to donate until Pride told her. And so she ended up agreeing with them when her first response to finding out James had donated two hundred thousand dollars was to say that did sound like a lot.

However, Kayla eventually got a strange call at the station that had put everyone on edge. Someone had called in, allegedly with a tip on James’s murder, and they had told Kayla that she needed to be careful because she was going to be next. So Pride had to take that call as a threat and he put Plame on finding the man that had made that call.

And this case was personal for Plame. Plame had known Kaya and the two were friends yet some had wondered if they had ever been anything more. Either way, though, Plame had been given a task and he set out to find the man that had threaten Kayla so he checked out a lead. Kayla’s business partner had told NCIS that a man had come by the station wanting to see Kayla because he said it was life or death. And so Plame find that man in the security feed and matched him up with that call.

Brandon Pierce had been former Delta Force and, when Plame had tracked his cell signal, he realized the man had been within minutes of Kayla’s home. So NCIS had to race over there, but the scene they found was not what they were expecting because oddly Brandon didn’t want to hurt Kayla. He actually wanted to protect her because he was under the impression they were friends.

And that’s why he’s been following her around.

Apparently Kayla had done secret radio broadcast in Bagdad where she would send coded message to US allies hidden all over the city. So Brandon had been there therefore he had come to rely on Kayla’s message though occasionally she was the only voice he knew he could count on. And that’s what led to Brandon developing a “friendship” with her in his mind.

Only he wasn’t the only person following her around so that’s when he decided to protect her. Brandon told Pride that he noticed someone else following both Kayla and James around. And when they pointed out that no same car could follow two people at the same time – Brandon let them in on a little secret.

He told them that Kayla and James were together a lot. And while Kayla was at first ready to deny the affair, she eventually admitted to it.

She said that James was going to leave his wife and come work with her at Youth Stripes, but James’s widow had a different story. Mrs. Grant had said that her husband was retiring and going to come live with her in a new state. For what was going to be their fresh start.

So clearly someone was lying and unfortunately it turned out to be Mrs. Grant. It seems she had found out about the affair and that her husband was going to leave her because she partnered up with Kayla’s financial partner at the charity. And together they embezzled a million dollars.

Although, Tyson Reed never got a chance to enjoy it because he too had been killed by Mrs. Grant who had been planning on enjoying herself in the Cayman Islands after wrapping up some loose ends.

And so imagine her surprise when Pride and LaSalle had later arrested her for everything at her own husband’s funeral all because Plame had found the divorce lawyer her husband had hired with her knowledge.