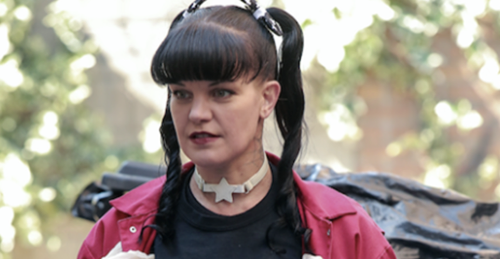 Tonight on CBS NCIS returns with an all new Tuesday, May 3 season 13 episode 21 called, “Homefront” and we have your weekly recap below. On tonight’s episode, a 14 year old foils a home invasion but Gibbs (Mark Harmon) suspects the teen is withholding pertinent details.

On the last episode, NCIS partnered with the FBI and Homeland Security when two British prisoners, including a former spy, escaped and arrived in the U.S. via a shipping container. Did you watch the last episode? If you missed it, we have a full and detailed recap right here for you.

On tonight’s episode as per the CBS synopsis, “a 14 year old foils a home invasion but Gibbs suspects the teen is withholding pertinent details. Meanwhile, Vance and Senior FBI agent Fornell travel to London to investigate a case involving an escaped British spy. Later, First Lady Michelle Obama welcomes Gibbs to the White House for a “Joining Forces” roundtable with military spouses.”

Tonight’s episode looks like it is going to be great and you won’t want to miss it, so be sure to tune in for our live coverage of CBS’s NCIS at 8:00 PM EST! While you wait for our recap hit the comments and let us know how excited you are for the season 13 episode 21.

Tonight’s episode of NCIS kicks off with a soldier saying goodbye to his teenage son. He’s heading to Iraq, he tells his son to look after his sister and his mother for him. After his father is deployed, there is a home invasion at their house. The cops find the teen hiding in the closet holding a gun, he shakily tells the cops he “had to do it.”

McGee, Abby, Ducky and Bishop head to a diner for breakfast after Tom Morrow’s funeral. Abby wonders when Tony will be back – he went to London to track down leads on Jacob Scott, Tom Morrow’s killer. Gibbs barges in and interrupts their conversation – there was a shooting.

Gibbs and his team head to the house where the teen by was hiding in the closet. His name is Henry, there was a burglar in his house with a knife and Henry shot him in the leg and he got away. McGee questions Henry’s mom – she says she had already left for work and Henry was home alone. He was the only one who seen the intruder.

Back at the office, Leon briefs Gibbs and TC on Tony’s progress in London. Tony got contact information on a woman from MI6 named Jessica Terdei, she may lead them to Scott. Leon announces that he is going to London to find Terdei, and TC is going with him. Road trip!

Bishop update Gibbs on the home invasion case – they got the DNA test back on the blood at the crime scene, it matches a career criminal named Doyle. They have BOLO out on his RV, but no luck yet. Henry’s mother is a successful assistant district attorney, and his father Sgt. David Marshall is a career Marine – Gibbs says that the break-in may not have been random. He tells Bishop to look in to it.

Gibbs sits down with Henry and his mother, Anne says she doubts her job made them a target because she hasn’t been a lawyer since they left California. She has to take the West Virginia bar exam. Right now she is working as a secretary to pay the bills because her sister’s medical bills drained them financially. McGee shows Henry a photo of Doyle and he confirms that he is the intruder. They still haven’t been able to get a hold of Henry’s father David – communication at his base in Iraq is down at the moment.

Gibbs heads downstairs to check on Abby. She confirms that the bullet from the Marshall’s gun was what shot at Doyle. But, Henry lied to them. He told them he got the gun form the safe when he saw the man in the house. But, the safe is electronic and logs timestamps when it is opened. The safe was opened two days ago – that means that Henry has been carrying the gun around for two days, he didn’t just grab it during the break-in.

McGee takes Henry out to the diner to try and get the truth from him. Henry confesses that he was walking down the street a few days ago and he saw Doyle stab and kill another man in the alley. That’s why he got the gun out two days ago, he knew that Doyle was going to come and kill him to keep him quiet.

McGee fills Gibbs in on what he learned from Henry. There are two stabbing victims at the morgue that match the description Henry gave them – but neither of them were found in an alley. It is possible that the body was moved though. Gibbs meets with Henry’s mom Anne, he tells her that they have to put her and the kids in protective custody.

Gibbs heads to the local police station and meets with Det. Swanson – he brings Henry along. Henry looks at the photos of the two stab victims, but he can’t make a positive ID. Gibbs shows him the crime scene photos, but Henry insists that neither of the two gguys are the ones that he saw Doyle stab and kill.

Meanwhile in London, TC and Leon track down Hugo, Jessica Terdei’s Uncle. He pulls a shot gun on them and tries to kick them out when he learns they work for NCIS and FBI. Leon explains that Jessica might be Scott’s next victim or know where he is – Hugo finally agrees to take them to his niece.

Bishop and Abby head to the alley where Henry says he witnessed the stabbing, but they can’t find a single drop of blood. They are beginning to doubt his story. Gibbs is with Henry –he swears that he is telling the truth. While they are talking, a news broadcast comes on the TV, a body was just pulled out of the river – a convicted drug dealer named Wayne Woods. Henry recognizes him and says that is the guy that he say Doyle stab.

Ducky gets to the work examining Wayne Woods’ body – he confirms that he was definitely stabbed to death before he was thrown in the river. And, Abby found traces of Doyle’s DNA under his fingernails. It looks like Henry was telling the truth, but it still don’t make any sense that there was no blood in the alley.

They finally find Doyle’s RV, and they find Doyle inside … dead. Henry turns up missing – McGee finds him hiding in the alley, the same alley where he says he saw Doyle first. He tells him that Doyle is dead and convinces him to come back to the safe house.

In London, Leon and TC sit down with Jessica Tereid, she says that there is more to the case than what was in the files. She says that there was a leak during the Scott investigation. Tereid says the leak was at NCIS, and Morrow buried it. While they are talking – someone arrives at the house and opens fire, everyone ducks for cover and manages to avoid being shot. Afterwards, Leon calls Gibbs and tell shim to be careful – there is a mole at NCIS.

Abby gets to work with the evidence from Doyle’s RV to try and find his killer. They think whoever killed Doyle also cleaned the alley to tie up loose ends. McGee finally gets a lead – someone accessed the security cameras and that is how they found out where Henry lived. The person that accessed the cameras is none other than the Harpers Ferry Police – Det. Kristin, the one helping Gibbs on the case. They head to the police station and arrest her, she’s a dirty cop.

After the case is closed, Gibbs rushes to the White House to meet with Henry’s mom Anne and Michelle Obama. He reached out to an organization called Joining Forces to help military families, he pulled some strings to try and help Anne get certified to practice law in West Virginia. Afterwards, Anne and Gibbs head back to their house and they have another surprise waiting – they were able to get Sgt. Marshall off the base and he flew home to check on them.

TC is helping Jessica get settled, they brought her back from London to keep her safe, and he realizes there is an intruder – someone dressed in black breaks in to TC’s house and shoots him and Jessica Tereid up close and personal … then leaves them for dead.