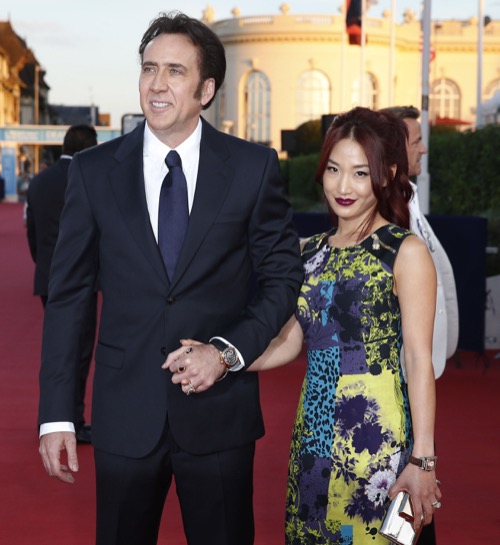 Nicolas Cage divorce news is all over the Internet! The third marriage apparently isn’t the charm for actor Nicolas Cage who has separated from his wife, Alice Kim. The two married in 2004 at a ranch in California after only dating for two months.

The Leaving Las Vegas star and Alice Kim, according to TMZ actually separated in January of this year. So far, neither have filed divorce papers.

It’s unclear why they’ve separated and when they will file for divorce. Nicolas Cage is very private with his personal life. It’s unlikely we’ll know anything until divorce papers are filed. And even then, we might never learn the true reason for the ending of their marriage.

Cage and Kim have a 10-year-old son, Kal-El. Before his marriage to Alice Kim, Nicolas Cage was married to Patricia Arquette from 1995 to 2001 and to Lisa Marie Presley from 2002 until 2004. It took them longer to work out the divorce settlement then it did for them to remain happily married.

He met Alice Kim in the Los Angeles restaurant where she worked as a waitress.

Cage won a Golden Globe, academy award, and a Screen Actors Guild award for his role in Leaving Las Vegas. He has produced several films over the course of his 30-year career. During interviews, he refuses to discuss religion or politics, preferring the movie-goer form their own conclusions about the film.

Cage, though, is one of the most charitable actors around, donating millions of dollars to hurricane Katrina victims and to Amnesty International.

In his personal life, he has 2 children, one of whom being his son with Alice Kim. His other son, Weston is married with a son of his own.

We’ll have to wait and see if the couple even files for divorce. Neither Cage or Kim have come forth with a statement confirming or denying the dissolution of their ten-year marriage. Maybe, at some point, Nicolas Cage might issue a statement. However, if he’s considering his young son, he may not because Cage wouldn’t want paparazzi bothering him.