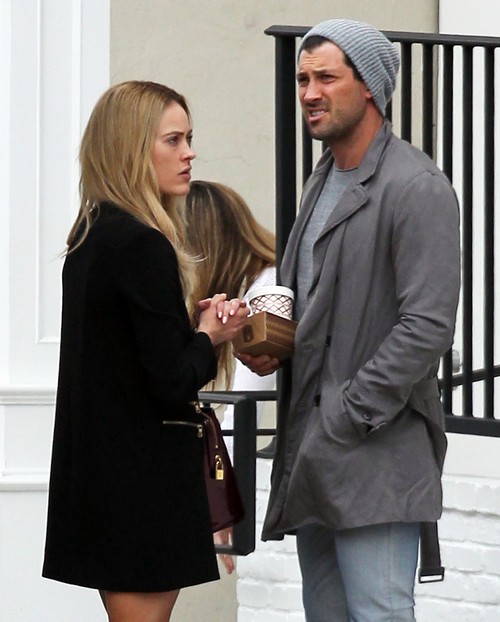 How did Peta keep the secret from everyone during the entire season of ‘DWTS’? Us Weekly confirmed the news on Wednesday, May 25. Did Nyle DiMarco or any of the dancers’ know the Ukrainian beauty was pregnant? Did Maksim’s brother Val know?

Peta Murgatroyd and Maksim Chmerkovskiy dated for about 10 months in 2012 and 2013. The romance bloomed again early on in 2015. Maksim proposed to Peta while performing at the Olympia Theater in Miami and the couple announced their engagement in December 2015.

Peta has stated that Maksim she knows will be a wonderful husband father and that the couple would probably have two or three children.

At this time the Peta and Maksim have not released any wedding plans. Since ‘Dancing with the Stars’ season 22 winner’s Peta Murgatroyd pregnant baby news is just breaking there is no information about her due date.

Congratulations are in order to ‘DWTS’ season 18 winner Maksim Chmerkovskiy as well! Now fans will wait to hear more details from the happy couple about their possible wedding plans and Peta’s due date.