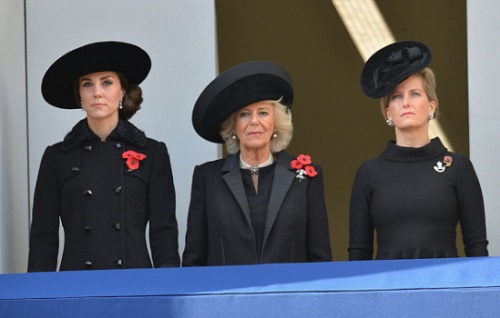 Queen Elizabeth is forcing Kate Middleton and Camilla Parker-Bowles to make amends despite their long-running feud behind closed doors. While the Duchess has always appeared to look uncomfortable and completely upset whenever she is forced to work or even stand next to Camilla, Kate was forced to hide her complete disdain and irritation at the Cenotaph on Remembrance Day this past weekend.

Kate Middleton and Camilla Parker-Bowles have never gotten along and ever since the Duchess married Prince William in her lavish royal wedding over five years ago, things have gotten worse for them in their icy relationship.

Camilla hates the fact that Kate uses the media to make herself look like a celebrity with her expensive designer clothes and her willingness to always flash a smile towards the camera. If that weren’t enough, she knows that Kate has pushed her out of the spotlight in her own bid to become the next Princess Diana.

HM and HRH are joined at #FestivalofRemembrance by The Prince of Wales and The Duchess of Cornwall and The Duke and Duchess of Cambridge pic.twitter.com/LpSlHBHDVq

By finally marrying Prince Charles, Camilla was hoping that she could use her marriage and her royal title to finally make a name for herself and hopefully change the public’s opinion about her, but Kate has made things worse by totally pushing Camilla in the shadows.

Even though both Kate Middleton and Camilla Parker-Bowles were joined by Sophie, Countess of Wessex on the balcony of the Cenotaph to pay their tributes on Remembrance Day, the two women couldn’t even speak to each other, let alone stand next to one another.

Kate kept her distance for as much as she could while Camilla focused on the Armed Forces personnel in the crowd below. Sure, Kate would rather have stood next to her husband Prince William or even her brother-in-law Prince Harry, but instead she has to deal with Camilla, who no doubt criticized her for her accessories, her make-up or even her posture for that matter.

Even though it made the day uncomfortable for both ladies, Queen Elizabeth has had enough of their petty arguments and that’s why she wants to see them get along, especially since she knows that when she can no longer rule as Queen, she’ll be forced to pass down the throne to Prince Charles and Camilla. The last thing she wants is Camilla to be a terror to Kate, especially since the monarchy’s future depends on the two of them to get along.

Tell us CDL readers, do you think Queen Elizabeth is forcing Kate Middleton and Camilla Parker-Bowles to get along? Will the Duchess end up protesting this by refusing to work or show up to her royal engagements? Let us know your thoughts by dropping us a line below. Also, check back with CDL for all the latest on the royal family. 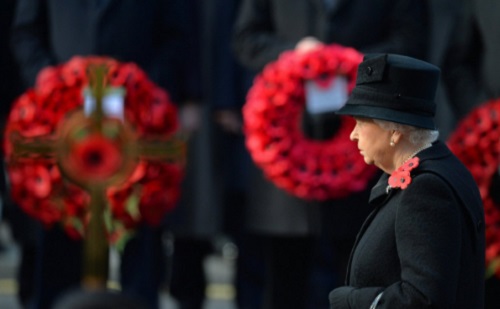