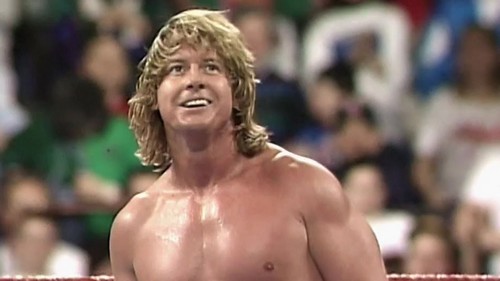 Ric Flair remembered the late Roddy “Rowdy” Piper on the one-year anniversary of the professional wrestler and actor’s death. In a tweet, Flair celebrated the well known fighter as a good man and his best friend.

“A year ago today I lost one of my best friends and the world lost one of its best men. I miss you Roddy. #RIPRoddy.” Ric Flair tweeted on the anniversary of his death.

Ric Flair’s tweet about his late friend, Roddy Piper, was accompanied with photos of the two during their memorable wrestling run together.

Roddy Piper died at the young age of just 61-years old from a blood clot in his lungs. Piper passed away peacefully in his sleep in his Los Angeles home.

Following the sad death of Piper, Ric Flair issued a heartfelt statement about his friend. “We’ve shared the ring, traveled the world, maintained a friendship throughout the ups and downs of the wrestling world, and battled to see who was the better heel. It’s almost impossible to express my grief. My condolences to his children and to his wife Kitty. I’ll miss you Roddy. The world will never be as Rowdy without you.”

Roddy’s well known counterparts from the wrestling world also paid tribute to the late wrestler during their matches.

The famous Piper made his mark in the wrestling world with his 42-year career, becoming best known for his kilt and musical preference for the bagpipes when he made his way to the ring.

While Ric Flair, known as the Nature Boy, misses his best friend he almost lost him sooner in 2006 to Hodgkin’s lymphoma. Roddy Piper discovered that he had the disease after he was chosen by wrestling fans to be Ric Flair’s partner at the big event Cyber Sunday. The two often competed alongside each other and against one another in the ring.

Prior to his death, Roddy Piper was inducted into the World Wrestling Entertainment Hall of Fame in 2005.

A year ago today I lost one of my best friends and the world lost one of its best men. I miss you Roddy. #RIPRoddy pic.twitter.com/NHtM1ufAtZ