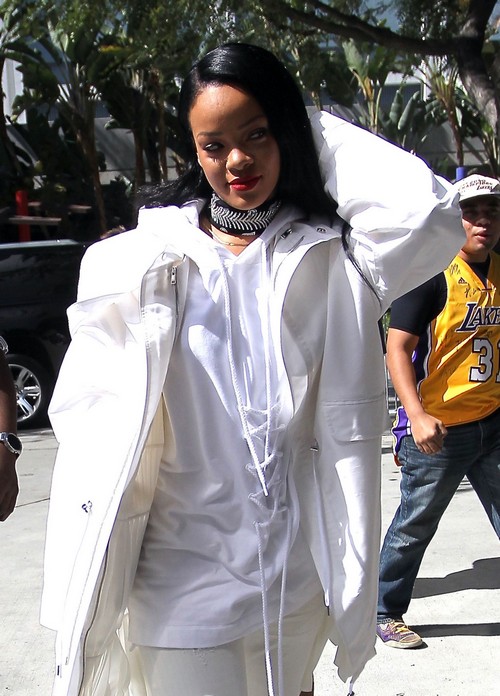 Rihanna and Drake have a pretty complicated relationship – or so it seems. First Drake and Rihanna were dating, then they were just hooking up and dating other people, there were a few break-ups in there, then they were dating again – and just last week Drake had supposedly dumped RiRi because she was too clingy.

Ironically, all of these relationship developments have gone down without a single confirmation from the supposed couple – except for a super hot “Work” music video that could only be pulled off by two people that have had sex before.

We were having a tough time buying that Drake had dumped Rihanna because she was too clingy, after all he had worshipped her, pursued her, and borderline stalked her for years. Have you listened to his songs? Who really is the clingy one?

It turns out that report was completely off base, and sources have confirmed that Drake and Rihanna did not break up, and the couple is still very much dating.

Naughty Gossip’s exclusive source dished to the website, “They have kept this a secret a long time. They are both shocked that it has taken people so long to find out the secret. At the moment they are taking things easy, but they really like each other. He seems more into her than she is into him. But Rihanna never shows her hand. She is playing it cool, but deep down she has a huge crush.”

All together now, “Awwww!” So, Drake and Rihanna are still dating – and all is right in the world again. The question is, how long will they be able to stay together before one or both of them lets their commitment phobia get the best of them and they start panicking and partying with random athletes and Instagram models?

Do you think Drake and Rihanna’s dating has a short shelf life? Let us know what you think in the comments below!