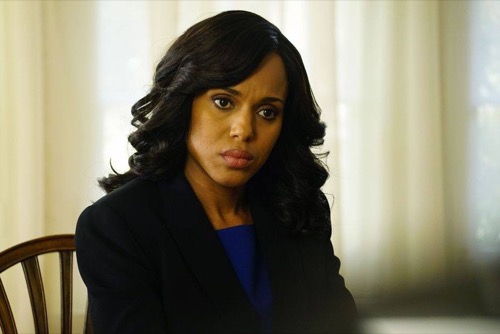 Tonight on ABC Scandal starring Kerry Washington continues with another exciting episode in an all new Thursday April 7, season 5 episode 17 called, “Thwack!,” and we have the recap for you below. On tonight’s episode, backstabbing abounds as election season heats up, but a potential leak spooks several candidates.

On the last episode, damaging info on an opponent falls into Olivia’s handed after the first Republican debate, so she had her team investigate its legitimacy. Meanwhile, David had to handle the ramifications of his romantic life; and Cyrus moved forward with his own agenda. Did you watch the last episode? If you missed it, we have a full and detailed recap right here for you.

On tonight’s episode as per the ABC synopsis, “backstabbing abounds as election season heats up, but a potential leak spooks several candidates, which forces temporary alliances among adversaries to keep their agendas hidden and reputations intact until the coast is clear to start beating each other up again.”

Tonight’s episode of SCANDAL is going to be absolutely incredible and you won’t want to miss even a minute. We’ll be recapping it for you here live.

There was something wrong with one of the president’s former trysts on tonight’s episode of “Scandal”. Apparently Lilian Forrester had been keeping secrets so Abby had had followed and it turns out that Lilian had been visiting a medical clinic. And not just any medical clinic, but the one that was currently housing Andrew Nichols as in the former Vice President of the United States.

So once Abby had found out what a reporter was doing with the former vice president, she called in Olivia. Olivia had gone to Andrew and she had found out that he was about to sell the story of how the president had nearly gone to war over his mistress. Yet, the scary thing was Andrew didn’t care about what happened to him and his reputation if it was revealed that he had orchestrated the whole thing. He just wanted revenge on anyone and everyone involved with his stroke.

The stroke that none of them had none about because they hadn’t cared. So Olivia had called a meeting. She met up with Fitz, Cyrus, Mellie, David, Abby, and even Elizabeth to figure out their next move and no one knew what to do. Elizabeth had wanted to assassinate Andrew yet the other shot her proposal down. And Cyrus just found the whole thing amusing.

It turns out that Fitz had previously offered Cyrus immunity. That had in fact been one of the conditions for Cyrus coming back and funnily enough Cyrus had since checked out of Fitz’s government and thrown his lot in with Vargas. So the only the other thing that had been mentioned in order to negate what Andrew was about to do was for Mellie to talk to him.

However, Mellie didn’t have the best track record with Andrew. Andrew had once claimed to be in love with her and she had thought she was in love with him until he made a power play. He got Olivia kidnapped to pressure the president into committing an impeachable offence. And what he did, he dropped Mellie because he thought his star was finally on the rise.

And, well, that didn’t go to plan. So Mellie had acknowledged what had happened between them in the past yet she told him that she was willing to overlook everything because she believed they still could be happy together. But Andrew didn’t believe her so he tested her by demanding she sleeping with him and then feeling vindicated the moment she turned him down.

So Mellie thought it was all over. She realized she couldn’t persuade Cardinal Suarez to help her win the Latino vote if he thought she was an adulterer and she had actually been considering dropping out of the race altogether when Olivia told her that she would handle it. And by handle it, she meant going to her father for help.

Though Papa Pope had initially wanted to just kill Andrew so it had taken a lot of convincing on Olivia’s part to simply get him to bug Lilian Forrester’s office. Which he eventually did and so the gladiators had realized they still had time. And Olivia had gotten Huck to kidnap Andrew from the medical clinic.

Only they hadn’t wanted to threaten Andrew, they had wanted to make him a deal. They offered Andrew any price he was willing to name and he chose to go with ten million dollars. That is until they had gotten the money somehow together and he then demanded more. So Andrew didn’t really want to make a deal.

He just wanted revenge. Yet, Fitz didn’t want to drag the others down with him so he had told Abby that he was going to fall on the sword. Fitz had wanted Abby to call for a press conference and he told her that he was going to take the blame for everything that had happened. Including the fake terrorist attack on Andrew’s life.

And, instead of being upset, Olivia had actually been proud of Fitz when she heard about what he wanted to do. She had told Abby that he was finally repaying them for all of their sacrifices and that by taking the fall he was busy the president they had all killed for. So that’s when Abby asked “what about her”? Abby had gotten used to being powerful and she told Olivia that she didn’t want to lose it.

But, not understanding what she was saying, Olivia had thought that Abby didn’t want to go into the background and so she told Abby that she could always back to work for her. And that’s not what Abby wanted. Abby wanted power so she later arranged a deal with Andrew where he admitted to only the affair with Mellie, but nothing else.

So Abby had tried thrown Mellie and Olivia under the bus yet she hadn’t counted on Olivia finding her way back into the White House despite Abby revoking her pass. And therefore she hadn’t counted on Olivia getting to Andrew much less snapping. Olivia had apparently been remembering those months she had been held hostage so when she saw Andrew again and he had the nerve to laughed down her offer – she just grabbed a chair and beat him to death.

Although, Olivia didn’t stop there. She had been passing Abby on the way out of the building and she told her friend (if they could even still call each other that) that she was never to cross her again. And so when Olivia said there should be a press conference announcing Andrew’s untimely death, Abby followed her orders to the letter. With the others in this great conspiracy following that up by making statements in the press about how sad they were that Andrew died from an unfortunate fall.

And after all of that, which was quite a lot, Olivia decided to go have drinks with her dad that appeared to have known that she was going to come back to his place. Yet, none of that compared to Cyrus’s biggest enemy finding out about his secret lover on the side. Remember the Secret Service Agent that he had threatened – apparently they’re together now!