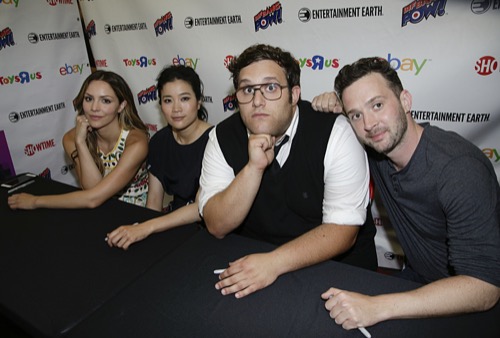 ‘Scorpion’ season 3 spoilers reveal that Walter O’Brien [Elyes Gabel] will take a trip to Tahoe to tell Paige Dineen [Katharine McPhee] his feelings. However, a Paige-Walter romance is impossible. Paige and Walter just aren’t in the same place anymore with their romantic feelings.

Showrunner Nicholas Wooten revealed at Comic Con 2016 in San Diego that the third season of ‘Scorpion’ will pick-up “about a couple of hours from where we left off.” Wooten also revealed that fans will also get resolution on many things.

Executive producer Nicholas Wooten said, “In terms of what’s coming up this year, there’s a lot of stuff. We’re going to actually be taking characters in different directions as opposed to love interests.” 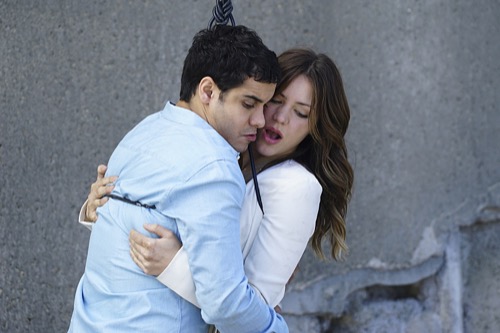 McPhee divulged that though Paige’s feelings for Walter have always been there she has put them alter on the back burner and moved on with her life. Paige knows Walter will never be able to love her the way she deserves to be loved.

Toby Curtis’s [Eddie Kaye Thomas] marriage proposal may have been rejected by Happy Quinn [Jadyn Wong] because the scientist is already married but that won’t stop Toby from pursing his lady love. ‘Scorpion’ spoilers reveal that fans will find out just who Happy’s husband is – and that viewers may already have known the mystery man.

In previous ‘Scorpion’ season 3 spoilers fans have learned that Paige and Happy [Jadyn Wong] will both have near-death experiences. The ladies of ‘Scorpion’ will also find themselves in very dangerous situations.

Watch reruns of #TeamScorpion Monday nights at 10/9c leading up to the 2-hour season premiere on Oct. 3 at 9/8c! pic.twitter.com/5siku1SSqU

Monday, October 3 is the two-hour premiere episode of ‘Scorpion’ at 9 p.m. on CBS. Following the season 3 premiere ‘Scorpion’ moves to its new time slot at 10 p.m. on Mondays.

Share your thoughts in the Comments section below, on our Facebook Page,  join our Facebook Group or Head over to our Discussion Board to Talk Scorpion!