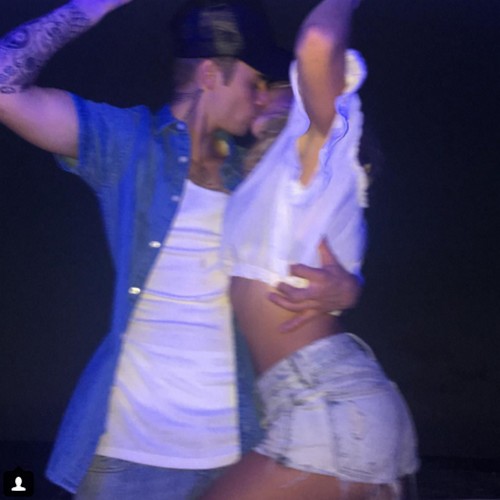 Selena Gomez is so upset with her ex-boyfriend Justin Bieber after learning about his new girlfriend Hailey Baldwin, that she won’t even talk about him anymore. Selena says she is “beyond done” talking about Bieber in a recent Rolling Stone interview, shutting down any questions about whether she still wants to get together or how Selena feels about her replacement.

Gomez was asked a question that everybody wants to know now that Justin Bieber is dating Hailey Baldwin. What really happened during the hotel piano serenade when Bieber sang My Girl to Gomez?

Maybe Selena doesn’t want to talk about what went down after she got suckered by Bieber’s serenade back in November. Now that Justin is clearly not pining away for Selena, she doesn’t even want to hear his name.

Back in November, Bieber told Ellen that he could see himself marrying Selena Gomez in the future. It was exactly what any girl wants to hear from the supposed love of their life. Justin’s confession obviously gave Selena hope. It only got worse after Justin’s serenade at the Montage just weeks after appearing on The Ellen DeGeneres Show.

Even if Selena is moving on with Niall Horan, that doesn’t mean she isn’t falling to pieces every time Justin and Hailey post a new sexy vacation picture. Justin doesn’t seem to mind showing off his recycled relationship with Baldwin.

Justin and Hailey have been romantically linked in the past, often during his breaks from dating Selena. That makes Justin Bieber’s most recent hookup with Hailey Baldwin such a huge slap in the face for Selena Gomez.

How long will it take Selena to go public with a relationship of her own? Even though Gomez was spotted kissing Horan at the beginning of December, they weren’t together for Christmas.Selena spent Christmas with her family and New Year’s on a tropical girl’s trip.

There is no evidence that Selena Gomez has been spending any time with Niall Horan in the past few weeks. Will that change now that Bieber has gone public with Hailey Baldwin?

If Selena Gomez and Niall Horan really are dating, it’s time for the also recycled couple to make their grand entrance. Selena has to let Justin know that not only is she “beyond done” but that she’s moved on to the one guy that Bieber wishes Selena wouldn’t date.