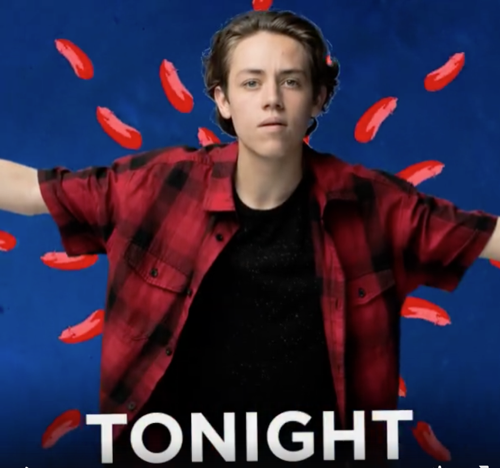 Tonight on Showtime the uniquely twisted and highly entertaining show Shameless returns with an all new Sunday, October 9, season 7 premiere and we have your weekly Shameless recap below. On tonight’s Shameless season 7 premiere episode, Fiona (Emmy Rossum) starts running Patsy’s Pies on her own terms; Debbie (Emma Kenney) gets into trouble in the stroller business; Ian (Cameron Monaghan) tries out heterosexuality and Carl (Ethan Cutkosky) finds himself forced into abstinence.

Did you watch the finale episode of Shameless season 6 where Frank offered to pay for Fiona’s wedding reception and then went scamming around town to raise the money?  If you missed it we have  a full and detailed recap, right here for you.

On tonight’s Shameless episode as per the Showtime synopsis, “Frank, ready to disown his family, takes Liam under his wing and starts a new life barricaded on the top floor of the Gallagher home. Meanwhile, Fiona starts running Patsy’s Pies on her own terms; Debbie gets into trouble in the stroller business; Ian tries out heterosexuality and Carl finds himself forced into abstinence.”

Tonight’s Shameless season 7 premiere is going to be great, and you won’t want to miss it. So be sure to bookmark this page and tune in for our coverage of Shameless tonight between 9 PM – 10 PM ET! While you wait for our recap, make sure to check out all our Shameless spoilers, recap, news & more, right here!

Tonight’s episode of Shameless kicks off at the Gallagher House. Fiona is trying to take back her room – when Frank came home from the hospital, he boarded himself upstairs and nailed the door shut. Fiona has had enough, she starts breaking the door down with a crow bar. Veronica comes over and helps Fiona clean Frank’s stuff out of the room.

In the kitchen, Frank emerges, he climbed out of the bedroom window. Lip and Ian harass him – Frank announces he is disinheriting all of them and they are no longer allowed to use his last name. Then he takes Liam and leaves, he says that Liam is the only one who might turn out a “Real Gallagher.” On the way out, Frank bumps in to Debbie and the baby – she just stole a stroller from another mom.

Carl is still healing form his circumcision. He heads to school and sees his girlfriend, and winds up getting an erections. He rushes out of school to go to a clinic because he popped his stitches.

Lip heads to his first day at his new internship, and learns that he is not getting paid and will spend the majority of the day getting every one else coffee. Ian goes to work and runs in to his boyfriend – who he has been avoiding since he saw him hooking up with a girl. Ian accuses him of cheating – but Ian’s boyfriend doesn’t see it like that, because he slept with a girl and not a guy.

Meanwhile, Frank is scheming. He takes Liam to a hardware store and hires some illegal workers and sends them in to the store with a stolen credit card to buy some supplies, then they head back to the Gallagher house with the workers. He has them cement the doorway shut to the upstairs so that no one can get to their bedrooms.

Lip leaves work to meet up with Ian for lunch. Ian is freaking out over his fight with his boyfriend Caleb, he doesn’t understand how Caleb can be gay and still sleep with women.

At the diner, Fiona is sick of dealing with the waitresses who clearly have no respect for her. She gets permission from Chad to hire new waitresses, as long as she keeps the place afloat. A half naked girl comes in to drop off her resume and poor Carl winds up popping his stitches…again. He heads back to the doctor’s office. The doctor warns him that if it happens again, he will be in trouble, he is running out of excess skin to stitch it back together.

Debbi has quite the racket going on. She and the baby spend all day at the park stealing strollers and then selling them on Craigslist.

Meanwhile, Ian decides that Caleb might be on to something and h wants to see if hooking up with girls is all that it is cracked up to be. He hooks up with a stranger that he met on the subway, and heads home nearly in tears and gagging. Lip makes fun of him while he scrubs his mouth out in the kitchen sink.

Ian, Lip, and Carl and Fiona spend the night in the livingroom since they can’t get upstairs. I the morning they decide that it is time to take action and they cut through the ceiling and cut the pipes so that he doesn’t have any water upstairs.

Lip’s lame new internship gets a whole lot more interesting that day at work – the FBI shows up and takes a couple of servers. He hears one of the nerds he works with deleting some of the files before the feds take the computers.

Fiona hasn’t been dating since her messy break-up with Sean. She heads out to the bar with some of the new waitresses she hired and gets drunk – they set up a Tinder account for her and she hooks up with a random guy in the bathroom at the bar.

In the morning, Fiona is hung over, Veronica is worried about her. She stops by with coffee and tries to talk to Fiona – she’s concerned because she hasn’t talked to anyone about what happened at her wedding. Fiona blows Veronica off and she heads upstairs with Lip and a sledgehammer. She starts smashing in the bricks that Frank has cemented in the doorway.