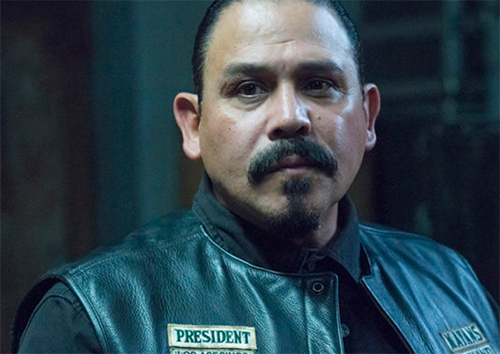 It’s happening! Sons Of Anarchy creator and mastermind Kurt Sutter has confirmed that there is a SOA spinoff in the works at FX, and it has a title! According to a new report from E! Online, the Sons Of Anarchy spinoff is called “Mayans MC” and it is already in development at FX, and has a pretty impressive writing team attached to it.

There were already whispers of a SOA spinoff in 2014 when the wildly popular drama’s final episode aired on FX, after an impressive seven season run. After Sons Of Anarchy ended, the mastermind behind the biker gang drama, Kurt Sutter, put all of his energy into a new drama – ‘The Bastard Executioner.’ There’s no point in sugarcoating it, Bastard Executioner was a total flop and was pulled off the airways after receiving dismal ratings in its first season.

After Kurt’s failure with Bastard Executioner, it was unclear whether or not he and FX were moving forward together with the SOA spinoff, but according to Sutter, Mayans MC is a go! The all new drama is described as, “a dark, visceral family drama that takes a new look at the most American of icons, the 1% outlaw, this time, reflected through a Latino lens.”

According to E! Online, Kurt Sutter’s co-creator on Mayans MC is Elgin James, and he apparently is the perfect guy for the job. Elgin has a lengthy history of Latino gang involvement and has done several years in prison. Sutter joked that he hired Elgin James, “Because I didn’t think a white guy from Jersey should be writing about Latin culture and traditions. Elgin is that voice.”

So far, there is no news on when the pilot episode of Mayans MC will be ready to air – but we can’t wait! Sons of Anarchy fans, do you think the FX spinoff will be a success? Will you be tuning in? Share your thoughts in the comments below!