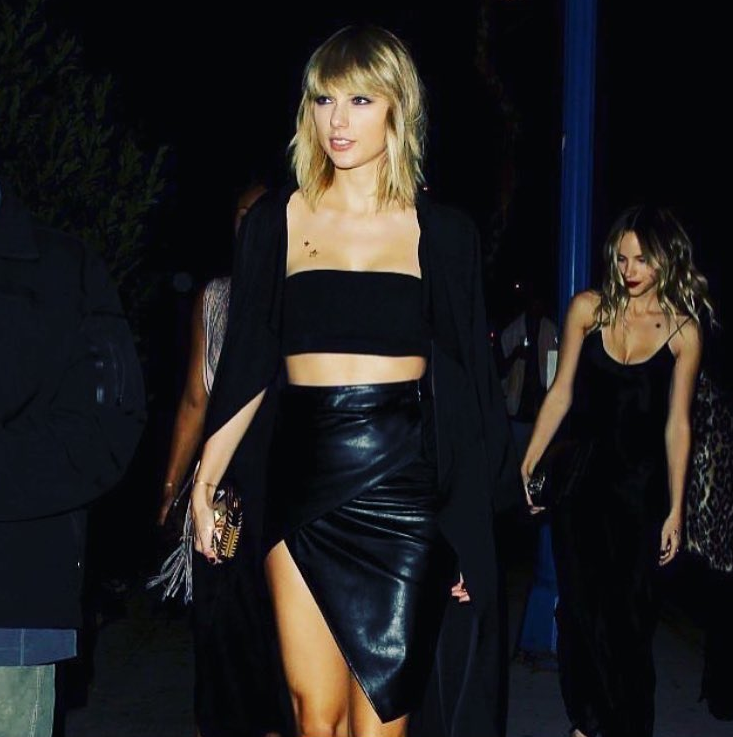 There’s a new rumor that suggests Taylor Swift and Drake might be dating each other. In fact, fans can’t help but wonder what’s going on between the two as they were spotted looking like more than just friends at Drake’s star-studded birthday party in New York City this past week.

Now that Rihanna and Drake are no longer together again, it wouldn’t be surprising if Taylor did try and pursue the ‘Hotline Bling,’ singer. She knows very well that the two of them would become the hottest if not strangest couple the celebrity world hasn’t seen.

And as far as Taylor is concerned, the only thing that matters to her is generating as much publicity as possible and that’s exactly what a Drake romance would do for someone so image-obsessed like her.

Many sources have reported that even though Drake spent most of his time at the party with his mother, Taylor did make quite the effort to be noticed by being with him as much as she could throughout the night and making sure that she was photographed with him, too.

Which has fans asking, is Taylor purposely trying to fuel rumors that they are dating? Is she trying to convince Drake that a public ‘showmance’ between them would be a good idea?

Would Drake dump Rihanna for someone like Taylor Swift? Knowing very well that Rihanna is one of the most desirable women in the world and that he had been trying to hook up with her on and off for years, it’s highly doubtful that he would pull the plug on his relationship with her to be with someone like Taylor.

But then again, every boyfriend who has been in a relationship with Taylor has fallen head-over-heals for her, clearly indicating there is a quality that the ‘Bad Blood’ singer had that makes men fall madly in love with her.

Could it be her fame, wealth and powerful status in the celebrity world? Whatever the case may be, Taylor has a kind of ability that makes people want to be with her or at least around her, regardless of how she might end up treating them in the end.

Do you think Taylor Swift and Drake are an item? Will Rihanna have anything to say about their relationship, if and when they come out as a couple? Surely, her fans would never forgive him if he did this. Drop us a line in our comments section and come back to CDL for all the latest news on Taylor Swift.