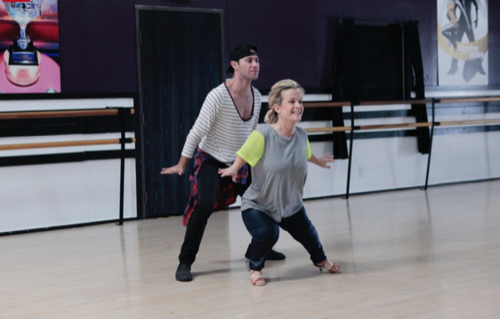 Tonight on ABC the glitz and the glamour returns to the ballroom as Dancing With The Stars returns for the fifth episode of the 23rd season. “Little Women” star Terra Jolé & her professional dancer Sasha Farber took the stage tonight and danced the Paso Doblé Video for their Latin night dance to “Don’t Let Me Be Misunderstood” by Santa Esmeralda. Did you watch tonight’s DWTS episode? If you missed it we have a full and detailed recap, right here for you.  [LINK HERE] Did you miss any of tonight’s performance videos? If you did we have them all, right here for you!

Julianne: I am going to say that every other dance you have done, I thought you owned it completely, this might not have been your best dance. But, I still feel like you were giving it everything you had. There is always next week, it was still executed with your fire and I appreciate it.

Bruno: You always go for it like a fierce little tiger. This song was so difficult because the phrasing is so intricate. It gave you so much content that at times it was a bit fuzzy. It was not as sharp as it could have been, I’m being honest!

Carrie Ann: I said it last week, you are a performer! This was a dance that was difficult for the person that you are. Your anger and you intensity was one dimensional and I feel like that was what hurt you on this. But, there’s another week and another dance and I know you will come back for this.

Pitbull: I felt the intensity and I felt the fire. I’ve seen it when you guys were practicing, maybe you overthought it a little bit. But, I just want to say, great job!

Watch the video below and let us know what you think, do you agree with the judge’s comments? Do you think Terra did enough to avoid elimination tomorrow? Make sure to head over and check out all our DWTS recaps, spoilers, news & more, right here.

Terra doesn’t know “how to be mean,” slaps Sasha

Terra attempts to sing to Pitbull