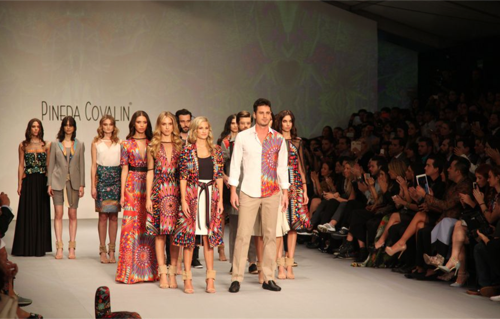 The Bachelor 2016 airs on ABC this evening with an all new Monday February 1 season 20 episode 5 and we have your weekly recap below. On tonight’s episode, Ben and 11 bachelorettes travel to Mexico City, where Ben takes one lucky lady on a hot air balloon ride over ancient pyramids. Later, nine señoritas take part in a culinary competition; one lady meets a top fashion designer and walks the runway to open fashion week; and Ben confronts one bachelorette over her off-putting behavior.

On the last episode, Ben and his bachelorettes all were willing to gamble on love in “Sin City,” as he escorted the remaining 14 women to Las Vegas. JoJo, whose chemistry with Ben was off the charts, joined the Bachelor for a tour of the glittering Las Vegas strip by helicopter. Versatile singer, comedian, ventriloquist and celebrity impersonator Terry Fator invited 12 of the ladies to be his opening act. Did you watch the last season’s finale? If you missed it, we have a full and detailed recap right here for you.

On tonight’s show as per the ABC synopsis, “the first international stop of the season finds Ben and the 11 remaining bachelorettes traveling to Mexico City, one of the largest metropolitan areas in the world. Amanda has a thrillingly romantic one-on-one date with Ben, soaring over ancient ruins in a hot-air balloon. The women will attempt to learn Spanish with Ben but they immediately need to use their new-found knowledge to go shopping for a cooking competition.

Lauren H. has a spring in her step as she and Ben walk the runway with top models during for Mexico City’s Fashion Week. One heart-wrenching confrontation between Ben and one unhappy bachelorette changes the course of Ben’s journey to find love. The women decide to take matters into their own hands and corner Ben about Olivia’s bad behavior. Will the Bachelor decide it is time for her to pack her bags?”

We will be live blogging tonight’s 5th episode of the The Bachelor 2016 and you just know there is going to be tons of drama, cat fights and tears. So come back tonight at 8PM for our live recap of tonight’s episode. While you wait for the recap, hit the comments and let us know how excited you are for this season of The Bachelor?

Tonight’s episode of The Bachelor kicks off in Mexico City – where Ben Higgins has travelled for the next round of dates with the remaining 12 women. The girls check in to their hotel and there is a date card waiting for them. It’s a 1-on-1 date for Amanda, the card teases “Let’s put all of our eggs in one basket.” Olivia is jealous, she can’t believe that Ben would want to go on a date with a woman with two children.

Ben wakes up at 4:00 in the morning and sneaks in to the girls’ hotel room while they are all sleeping. He wakes up all the girls with a flashlight and they start squealing because they look like crap and have no make-up on, one of them even has a retainer on. Amanda rolls out of bed and rushes in to the bathroom to get dressed. After Amanda leaves, Olivia starts gossiping with the other girls – she thinks that Ben is going to send her home on their date because she is a mom to two kids.

Ben and Amanda arrive on their date – in the middle of nowhere. He has surprised her with a hot-air balloon over an ancient city. They hop in the balloon and take off – they begin soaring through the sky and checking out the Aztec ruins.

After they are back on the ground, Ben pulls out a picnic basket and they go lay in the field and eat breakfast and get to know each other. Amanda confesses that she has had a hard time and is still nervous about being on The Bachelor. Ben tells Amanda that he can’t wait to get to know her and everything about her.

Back at the hotel, the girls are going crazy and the jealousy is running high Jubilee is on the verge of another meltdown, she doesn’t cope well whenever Ben goes out on a date with the other girls. A date card arrives – Jubilee, Becca, Jojo, Caila, Emily, Lauren B, Jennifer, Leah, and Olivia are heading on a group date with Ben. Lauren H. starts squealing because her name isn’t on the card – that means that she gets the other 1-on-1 date in Mexico City.

Amanda and Ben are still on their 1-on-1 date, they head out to a romantic dinner and have drinks together. Amanda confesses to Ben that she was married – and recently divorced. She opens up to him and reveals that her husband didn’t really want a family and would rather party with his friends – then she caught him going on online dating websites and meeting other girls. Ben reassures Amanda that he doesn’t judge her for her past – he thinks that she is an incredible woman. He can’t believe that she actually likes him, he thanks her for such an incredible date and presents a rose to her.

The next morning Ben wakes up bright and early for his group date – they meet him at a classroom where they are learning Spanish. The teacher gives them a quick lesson in the language and then they each take turns telling Ben that they “wat to kiss him” in Spanish. Jubilee gets up in front of the class and is rude to Ben – when he starts speaking to her in Spanish, Jubilee snaps “you said that to the last four girls.”

After Spanish class – Ben takes them on the second part of their date, which is a Mexican restaurant, but they will be cooking the food – not eating. The chef gives them recipes in Spanish, and tells them to divide up in to teams of two. Of course, Olivia makes sure that she is Ben’s partner – which doesn’t go over well with Jubilee, who also tried to be Ben’s partner.

They begin racing around the kitchen like they are on a cooking show, looking for the ingredients on the recipes. The other women all watch Olivia and Ben – and the jealousy is getting out of control. They watch Olivia and Ben with envy as they start doing shots together. Emily laughs that Olivia’s breath “smell like shit” – and that is why he is making her taste the fresh mint.

All of the dishes are finally completed, and the chefs at the restaurant line up to taste the teams’ dishes. Emily and Jennifer didn’t receive rave reviews. Jojo and Becca’s tacos are a huge hit. Olivia and Ben’s duck sandwich isn’t “very appealing” – the chef actually says that it looks like dog food. Lauren B and Jubilee are crowned the winners of the cooking competition.

It’s time for the final cocktail party in Mexico City – the girls get dressed and gather around and wait for Ben to arrive. Olivia is being extra annoying because she got the group date rose and knows that she will not be sent home. Ben canoodles outside with Jojo, and then has a makeout session with Lauren Bushnell.

Meanwhile inside the rest of the girls are chatting – Amanda is talking about her kids spending weekend with their dads. Olivia announces that Amanda sounds like an episode of Teen Mom that she watched. Amanda confronts her and tells her how rude it was to compare her to a Teen Mom. Olivia awkwardly apologizes and cries a few fake tears about how hard she is going to try to get along with the other girls.

Emily heads outside to talk to Ben – she breaks down in tears and cries that Olivia is rude and disrespectful and it turns her off that he gave her a rose. She cries and tries to explain to Ben what Olivia has been saying in the hotel, but then Olivia arrives and interrupts their conversation. She knows that Emily is talking about her and wants to squash it. Olivia tells Ben that she has a present for him – and he gives him a fake little ring that she made for him.

Ben tries to ask Olivia about things that have been going on in the house – she reassures him that everything is fine, but Ben isn’t buying it. So, Ben takes Amanda aside and asks her about Olivia. Amanda and Caila both happily spill the beans and tell Ben that Olivia is acting fake when she is around him. Meanwhile, back at the cocktail party – the other girls are gossiping, they are certain that Ben is going to take away Olivia’s rose and send her home.