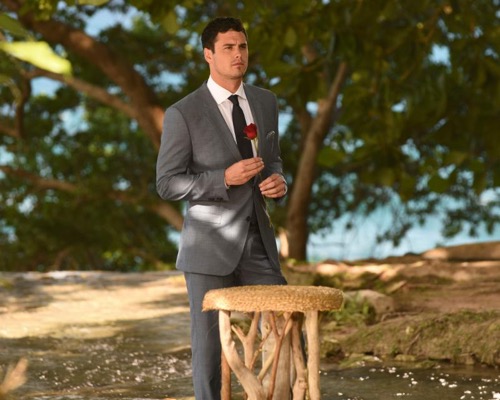 The Bachelor 2016 airs on ABC this evening with an all new Monday March 14 season 20 finale and we have your weekly recap below. On tonight’s episode, Ben Higgins struggles to choose between the final two bachelorettes after introducing them both to his parents and going on last dates with each woman. Confused and conflicted on the final day, Ben makes a last-minute phone call that could change everything.

On the last episode, tempers flared, and there were plenty of fireworks, as the most memorable women this season were back to confront Ben and tell their side of the story. There were highs and lows during Ben’s’ unforgettable season – and then there was Olivia, one of the most controversial bachelorettes of the group. Did you watch the last season’s finale? If you missed it, we have a full and detailed recap right here for you.

On tonight’s show as per the ABC synopsis, “the compelling live three-hour television event will begin with America watching along with the studio audience as Ben Higgin’s journey to find love comes to its astonishing conclusion.

The Bachelor prepares to make one of the most difficult choices of this life, having narrowed down the field to two women – Jo Jo and Lauren B.- both of whom he told that he loved them. Who does Ben, after much soul-searching, see as his future wife?”

Tonight’s live finale of The Bachelor kicks off with host Chris Harrison in front of the studio audience. He does a quick survey and the audience is definitely rooting for Lauren Bushnell to be the winner. Chris teases that last week Ben Higgins said he was ready to “get married any day now.” Chris teases that they may have a live wedding right there on the After The Final Rose show. He has flown in the families of both Jojo and Lauren, Neil Lane, and Ben’s pastor from back home. Chris says he is going to hold Ben to his word – and give him a chance to get married on live television tonight.

Now, it’s time to get to the finale. The show picks up where we left off last week – Lauren Bushnell and Jojo Fletcher are thrilled to be the final two women. They are both still floating high after Ben told them that he loved them. Jojo and Lauren are both certain that they are getting the final rose and an engagement ring. Meanwhile in Jamaica, Ben is a hot mess, he is in love with two women and doesn’t know who to choose.

Ben sit down with his mom and dad, he explains to them that he is in love with both Jojo and Lauren. His mom isn’t thrilled about it, she says that she finds it “disturbing” that her son is in love with both of them. Ben introduces Lauren B. to his parents first – and she brings along flowers to make a good first impression. Ben and Lauren sit down with his parents and they tell them all about their first date and how badly she wanted to meet them.

First, Ben’s dad David sits down with Lauren for a private chat with her. David admits that he sees a twinkle in his son’s eye when Lauren is around. She raves that he is “one of the most incredible people that she has ever met.” Lauren goes on to say that she is very much in love with Ben, and she has been for a long time. Lauren has a similar chat with Ben’s mom – and professes her love for The Bachelor.

Now, it’s time for Ben’s parents to meet Jojo Fletcher. Like Lauren, she goes on and on about how much she loves Ben, wants to be his wife, and start a family with him. Jojo’s chat with Ben’s mom gets more emotional then Lauren’s did – Lauren sounded a bit rehearsed. Jojo explains to Ben’s mom that Ben makes her feel safe and she has pure intentions. Jojo starts crying and confesses that she is scared and she doesn’t want to lose him. Ben’s mom reassures Jojo that Ben definitely loves her. Ben’s mom is definitely Team Jojo. However, his Dad seems to be leaning more towards Lauren B.

After Jojo leaves, Ben sits down with his parents to see what they thought of Lauren and Jojo. Ben’s dad says that both of the women obviously want to marry him – he doesn’t have to worry about his proposal being turned down. Ben’s dad says that Lauren is “very polished and a great gal” – but he thought Jojo was a little more sincere when he talked to her. Ben’s mom says she doesn’t care who Ben chooses, because she likes both Jojo and Lauren and would be happy to see her married. But, she is concerned – she thinks that her son should know by now who he is going to propose to.

Ben gets to have one last date with each of the women before the final rose ceremony. Ben and Lauren head out on the ocean in a boat and make out for hours. Ben explains to her that he hasn’t slept in days because he is so nervous about the rose ceremony. It’s clear that Ben definitely is still considering choosing Jojo – and for the first time in a long time, Lauren is starting to doubt that she might not get the final rose. Later that night, Lauren and Ben have a romantic night in with drinks – they have a heart to heart and she reassures Ben that she loves him and is ready to spend the rest of her life with him.

No, it’s Jojo Fletcher’s turn for her final date. Ben picks her up in a jeep and they head out in the jungle to go for a swim in a blue pool – it’s insane that the water is naturally that blue. Afterwards, they sit down on the rocks to chat and it doesn’t go too well. Jojo wants to talk about what is going to happen after the rose ceremony and just assumes she is getting an engagement ring. But, when she is rambling about commuting from Denver to Texas, it becomes clear that Ben is still considering proposing to Lauren – that conversation gets awkward fast.

Later that night, Ben and Jojo sit down in her hotel room for their final inner together before the final rose ceremony. Jojo wants some sort of reassurance that he is going to choose her and not Lauren – she explains to Ben that she is worried because she can tell that he is not sure that he is going to pick her.

Jojo heads to the bathroom to have a meltdown – Ben follows her inside and tries to talk to her while she cries. Jojo demands to know if Ben told Lauren that he loved her too. Ben confirms that he has – and Jojo loses it and sobs. She cries that she feels foolish – she thought that Ben felt the same way about her as she did about him, Jojo thought she was special because Ben told her that he loved her, now she realizes that she is not so special.

After his final two awkward dates – ben has to meet with Neil Lane to pick out an engagement ring. There is only one problem, he is in love with Lauren and Jojo, and he still hasn’t figured out who he is going to propose to. So, it makes it a little difficult to pick out a ring. After pondering the ring selection with Neil – Ben announces that he has picked out a ring, and he knows which girl he is going to give it to. He may love two women, but he is only IN love with one of them.

It’s time for the final rose ceremony – Jojo Fletcher is the first woman to arrive. Chris Harrison escorts her to the ceremony, where Ben is waiting for her. Jojo takes Ben’s hands and professes her love to him, she emotionally recalls their first kiss in Los Angeles and the first time that they told each other that they love her. After a lengthy speech about how worth it her time on The Bachelor has been.

Ben tells Jojo that he found love with her on the show, but he “found it with someone else more.” Ben gets choked up and teary eyed as he dumps Jojo – and reminds her that she wanted him to be honest and that is exactly what he is doing. Jojo is not happy, and obviously blindsided, she can’t understand. Ben tries to talk but she doesn’t want to hear it – she says that she wants to go. As they are leaving, Ben insists that he still loves Jojo, he just loves Lauren more. He hugs her goodbye and Jojo gets in her limo. She grumbles that she is happy for him before she leaves.
Before Lauren arrives, Ben calls her father and asks for his permission to propose to his daughter. Her father is thrilled – and says that he has no doubt that Ben will make Lauren B. the happiest woman alive, and he gives Ben his blessing.

Lauren arrives via helicopter and Chris Harrison escorts he to the final rose ceremony where Ben is waiting for her. Ben explains to Lauren that he was scared he would never find someone that truly loved him – and he never wants to say goodbye to her. Ben goes on to say that he wants to wake up every morning and kiss her. He promises to commit to her, love her, hold her, and kiss her for the rest of his life. Ben gets down on one knee and asks Lauren to marry him and she cries happily and says “yes.” Ben Higgins and Lauren Bushnell are officially engaged.