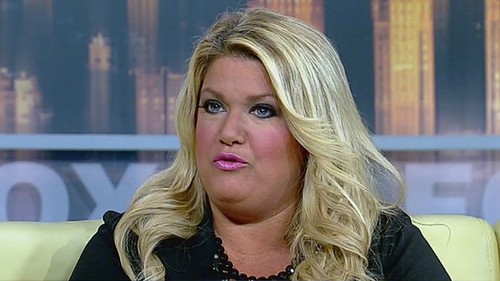 It works in theory, but the show’s practical applications might leave much on the “WTF” platter.

Suzanne Mendonca, a contestant from The Biggest Loser Season 2, told all who’d listen that the show is actually less reality and more delusional than anything else. According to Medonca, the show withheld “water” from the contestants, “over exercised them” and then promptly “discarded” them because, you know, reality shows are businesses, not friends.

But that’s not all.

Medonca is planning to “gather” other Biggest Loser contestants like one would gather a murder of crows and plans on filing a class action civil lawsuit against The Biggest Loser.

Quick, random question:
If she loses the court case, does it make her the biggest loser after all?

If Medonca manages to get other contestants to speak out about their horrible time on the show, we could look at a watershed moment in reality television.

Who am I kidding?

Nothing about this is watershed. It’s merely another reality television contestant – who willingly signed up – bitching and moaning about the past.

Seriously. Dude. It happened back in season two, why the angry angst all of a sudden? Is someone trying to prove a point? Or is someone losing the biggest plot of all?

According to the article, “Show producers tell TMZ, ‘We stand by the integrity of the show. The safety and well-being of our contestants is, and has always been, our #1 priority.’”

There you have it. Or don’t have it. I don’t know. Perhaps there is a snake curled up in the dry grass, ready to pounce like Jillian Michaels after a triathalon.

What do you think? Is this just a fame-seeking exercise? Or does Suzanne have something up her sleeve? Let us know your thoughts in the comments below.