BY Amanda Austin on September 22, 2016 | Comments: one comment
Related : Recap, Television, The Blacklist 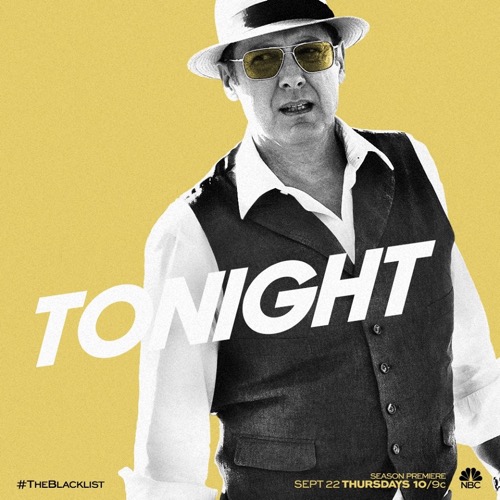 Tonight on NBC their hit drama Blacklist starring James Spader premieres with an all-new Thursday, September 22, 2016, premiere and we have your Blacklist recap below.  On tonight’s Blacklist Season 4 premiere, Liz is abducted by a man claiming to be her father.

Did you watch the Blacklist season 3 finale where we learned Elizabeth Keen was still alive, Kaplan Faked faked her death?  If you missed it we have a full and detailed Blacklist recap, right here for you!

On tonight’s Blacklist premiere episode as per the NBC synopsis, “After Liz (Megan Boone) is abducted by a man claiming to be her father, Red (James Spader) sets out to find her at any cost. Meanwhile, the Task Force grapples with the shocking news that Liz is still alive.”

Tonight’s episode of The Blacklist kicks off where we left off last season – Red, Dembe, and Kaplan just arrived at the room where Liz was hiding out with Agnes. But, they are too late – Liz and the baby are gone, Kirk already got them. There is blood on the floor, it looks like one of Kirk’s guys were injured.

Red and Dembe find the injured man at a shady makeshift doctor’s office. The man is dead already. Red cuts his head off and drops it in a bag and stomps out. He starts paying some of his contacts in Cuba with the head – he is trying to find a name and location for Liz’s kidnapper.

Back at the FBI office, everyone is frantically trying to figure out what is going on – and reeling from the news that Elizabeth is alive.

Alexander Kirk has Elizabeth, but he is waiting for the men that he hired to get Agnes and Tom to arrive. Elizabeth wants her daughter ASAP. Kirk insists that she has nothing to worry about and her baby is not in danger – but Liz doesn’t believe that he is her father.

Kirk tells Elizabeth that red had an affair with her mother Katarina. Red was bitter because Katarina wouldn’t leave her husband and her family, so he ran off with Liz when she was a little girl. Liz isn’t buying it, and she tells Kirk to stop calling her Masha.

Red and Dembe track down the building where Kirk is holding Elizabeth. Red tries to cut a deal with Kirk to get Elizabeth back. But, Kirk isn’t in the mood to barter. He says he wants back the 26 years with his daughter that Red stole from them. The Cuba Military police arrive, and Red is seriously outnumbered. Liz tells him to leave and go find Agnes and Tom. Before Red slips away, he promises Liz that he will be back for her.

Red leaves and calls Harold and tells him to prepare the team. Red says that they need to find Manuel Esteban – he’s a legendary enforcer that is a double agent for the CIA and knows everything there is to know about the Cuban Government.

It looks like Alexander Kirk has plans for Tom, and it doesn’t involve reuniting him with Liz. The man that has Tom in the trunk of his car finally pulls over in the woods, he kicks tom out of the car and hands him over to another Cuban with a gun – they take Tom in to the woods and force him to dig his own grave. Harold sends Ressler to Cuba to track down Esteban. He goes undercover as a prisoner and finds the infamous enforcer. Tom pulls a gun on Esteban and forces him to call Red. Reddington jokes that it is impossible to get a hold of him, and he

Harold sends Ressler to Cuba to track down Esteban. He goes undercover as a prisoner and finds the infamous enforcer. Tom pulls a gun on Esteban and forces him to call Red. Reddington jokes that it is impossible to get a hold of him, and he want to set up a meeting.

Red meets up with Esteban, he explains that Kirk has Elizabeth and Agnes, and the Cuban government is helping hide him and protect him. In exchange for Esteban’s help, Red promises to offer Esteban protection. Esteban comes through – he finds out where Liz is being held by Kirk and offers to take him there.

Meanwhile, baby Agnes is finally dropped off and handed over to Liz. Kirk watches their emotional reunion and then he takes ones of his men aside and asks if Tom has been “Taken care of.”

In the woods, Tom overpowers the man that is supposed to be killing him. He kills him and uses his phone to call Kirk. He warns Kirk that he is coming for Liz and Agnes, and he is bringing an entire angry army with him.

Liz manages to slip away with baby Agnes and she makes a run for it. She doesn’t make it far before Kirk’s men capture her. They drag Elizabeth down to the beach where Kirk is waiting for her – he knows that Red is on his way and they are about to board a plane to leave the location. Red, Dembe, and Kaplan arrive at the house where Liz was being held. But, they’re too late – she is already being dragged

Red, Dembe, and Kaplan arrive at the house where Liz was being held. But, they’re too late – she is already being dragged on to the plane. Kaplan finds Agnes inside – but Liz and Kirk are already gone, he made her leave without the baby. Red missed her by literally seconds …Red is devastated that they lost Liz again, but he has a heartfelt reunion with Agnes.

Red is devastated that they lost Liz again, but he has a heartfelt reunion with Agnes.

Back at the FBI office, things are tense. Samar refused to go to Cuba with Ressler to help save Liz because she feels violated that Liz faked her death and lied to all of them. Aram disagrees – he tells Samar that if she doesn’t help, and something happens to Liz and Agnes, she is not going to be able to live with herself.

Tom calls Red – he learns that Agnes is safe, but Kirk got away with Elizabeth. Red, Dembe, and Kaplan are riding down a dirt road with the baby. A car flies out of nowhere, and plows in to the side of them and runs them off the road. It’s one of Kirk’s men – he crawls through the wreckage and snatches baby Agnes and leaves with her, leaving Red, Kaplan, and Dembe for dead in the car.