The Bold and the Beautiful Spoilers: Quinn Bribes Steffy To Dump Liam, Take Wyatt Back With Co-CEO Job Offer 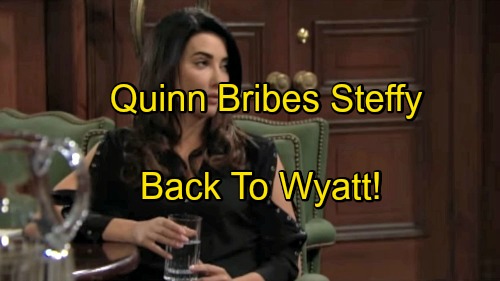 The Bold and the Beautiful (B&B) spoilers tease that Liam (Scott Clifton) will try to convince Steffy (Jacqueline MacInnes Wood) that they’re going to be just fine. For the first time in what seems like forever, things are moving in the right direction. Liam and Steffy have big plans for their future together.

Steffy finally managed to get away from Quinn (Rena Sofer). Liam believes that’s the key to their happiness. He always argued that Wyatt (Darin Brooks) couldn’t truly protect Steffy. No matter what Quinn does, Wyatt somehow learns to forgive her.

Liam feels like Wyatt is just too close to his mom to see her for who she really is. However, his version of Quinn is a bit different than the one we’re seeing now. Thanks to Eric (John McCook), Quinn has mellowed somewhat. At least she’s not holding people hostage, throwing them off cliffs, making death threats, etc.

Nevertheless, Quinn is still a schemer and that’s going to cause more problems pretty soon. The Bold and the Beautiful spoilers say Quinn will have an idea that could help Wyatt. She still feels guilty about putting her own relationship above her son’s. Quinn hates that she played a role in driving Steffy away. 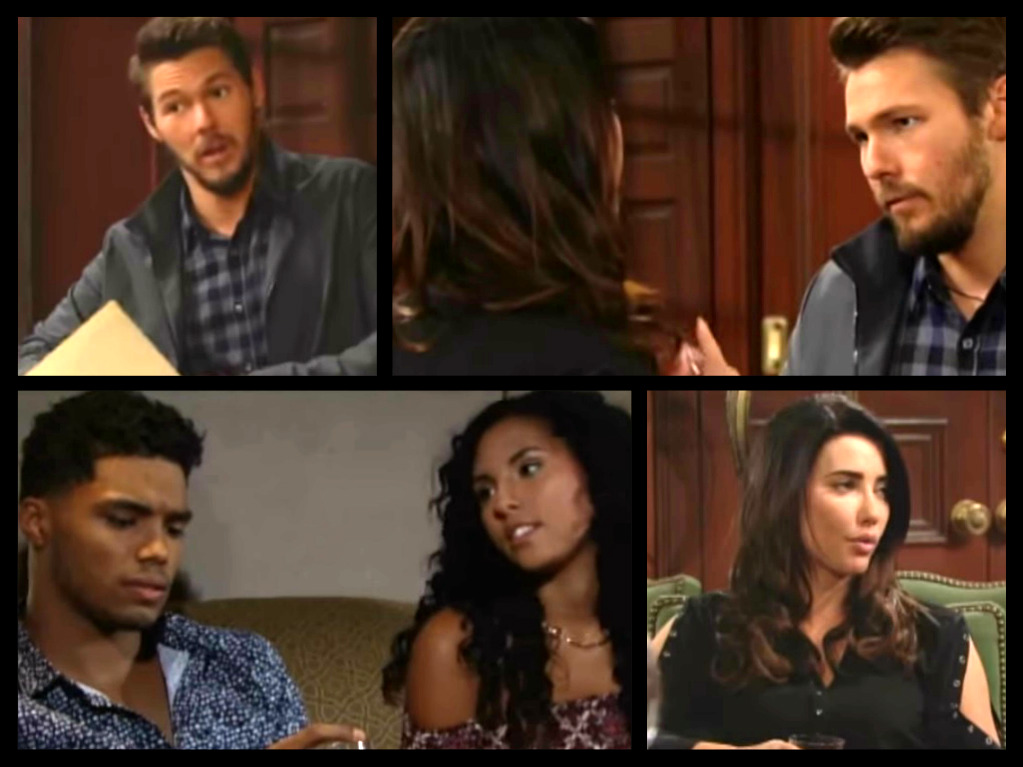 B&B spoilers reveal that Quinn will try to fix her mess. She’ll extend an offer than could prove quite tempting. Steffy will be skeptical, but Quinn will urge her to listen to the proposal. To Steffy’s surprise, Quinn will agree to let her come on board as Forrester’s co-CEO.

It sounds too good to be true, right? That’s because it is. Quinn isn’t going to hand Steffy any kind of power without asking for something in return. There’ll be one condition on Quinn’s offer. If Steffy wants this influential position at FC, she’ll have to reunite with Wyatt.

You can bet that Steffy will turn Quinn down at first. Quinn was part of the reason Steffy left Wyatt, but she wasn’t the only factor. Steffy always longed for Liam, even when she thought he was treating her like dirt.

Once Steffy realized Quinn had been deceiving her, she immediately regretted rushing into her marriage. Steffy is happy with Liam now and she’ll be reluctant to give up her dream. Liam will undoubtedly insist that Steffy can’t take the offer. The price is far too steep.

The last thing Liam wants to watch is Steffy cozying up to Wyatt again. Still, this arrangement might help the Forresters relax a little. In fact, Ridge (Thorsten Kaye) may urge Steffy to go for it.

Perhaps Ridge will suggest that Steffy needs to play along so she can score the job. She could ride it out until Eric is back in charge or Ridge finds a way to take control. After that, Steffy could bail on Wyatt. The Bold and the Beautiful fans know that Ridge doesn’t mind messing with emotions for the sake of business.

Steffy would have reservations about intentionally hurting Wyatt, but will her desire to protect the company prove too strong? We’ll give you updates as other news comes in. Stay tuned to B&B and don’t forget to check CDL often for the latest Bold and the Beautiful spoilers, updates and news.

On yesterday’s #BoldandBeautiful, Zende opens up to Nicole about his childhood issue… WATCH: https://t.co/OfXe8N6oJ0 pic.twitter.com/PnX3yVWlWa

The #BoldandBeautiful gang is all here! It’s a full house! pic.twitter.com/YkvxHNxcX5