The Bold and the Beautiful Spoilers: Quinn Gets Under Ridge’s Skin – Liam Can’t Shake Fears – Bill Won’t Give Up on Brooke 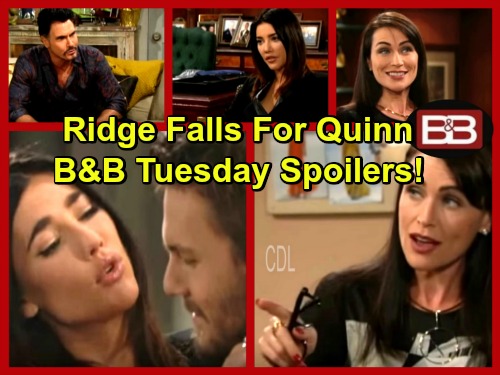 The Bold and the Beautiful (B&B) spoilers for Tuesday, December 20, tease that Steffy (Jacqueline MacInnes Wood) will defend her abilities as CEO. Ridge (Thorsten Kaye) and Rick (Jacob Young) still won’t be certain that Steffy is ready for this job. They know she has strong business skills, but she’ll also have to handle Quinn (Rena Sofer). It’s a lot for Steffy to take on.

B&B spoilers say Steffy will assure them that she’s got it covered. She’ll argue that her position could be a good thing for all of them. Tuesday’s preview video shows Steffy saying, “There are benefits to me being in charge. By pooling my shares with Granddad, we could have a lock on the company and we can keep Quinn in check.” 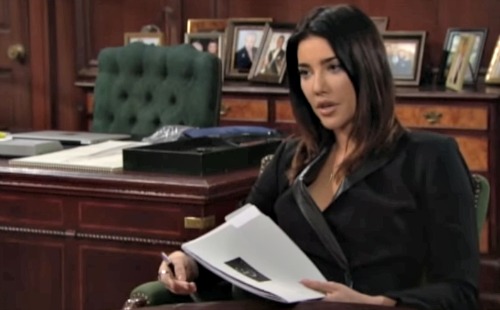 Rick and Ridge may decide to support Steffy in spite of their doubts. Unfortunately, Steffy won’t be getting any support from Liam (Scott Clifton). He feels like Steffy is in real danger now that she’s accepted the role of CEO.

Steffy will try to distract Liam with some affection and the topic of Christmas. She’ll point out that this is their first holiday back together. Steffy will insist that there are so many more ahead of them. She’ll just want Liam to enjoy the season and the love they share. 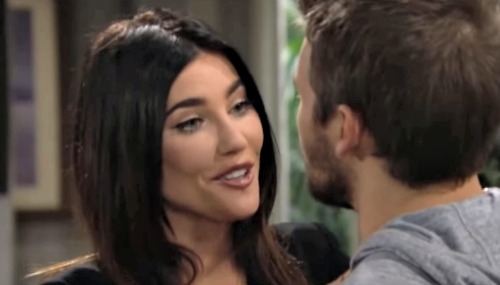 The Bold and the Beautiful spoilers say Liam just won’t be able to shake his fears. He’ll worry that Quinn is going to stir up big trouble soon. Liam will maintain that Quinn hasn’t changed and she never will. That may be true, but Steffy won’t think it will have a negative impact on their relationship.

Meanwhile, Quinn will offer some encouragement to Wyatt (Darin Brooks). She’ll note that having Eric (John McCook) on Wyatt’s side is a huge plus. Quinn will suggest that Steffy isn’t going to be with Liam much longer. Wyatt won’t be so sure about that, but his mom may convince him to hold out hope. 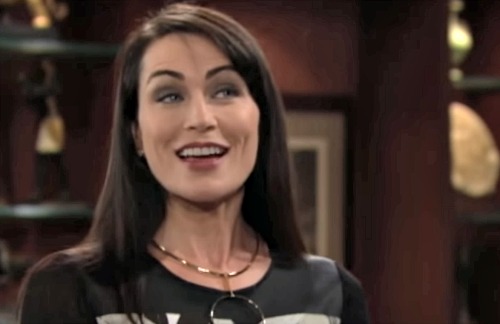 Other Bold and the Beautiful spoilers reveal that Bill (Don Diamont) will have Brooke (Katherine Kelly Lang) on his mind. He knows that Ridge stole Brooke’s heart, but that doesn’t mean he’s giving up. Bill will do whatever he can to win Brooke back, but her imminent engagement could make things tougher.

It seems Ridge will have to worry about multiple threats. When Ridge acts uncomfortable at the office, Quinn will suspect that he’s still thinking about seeing her naked. What will Quinn’s next move be? We’ll give you updates as other news comes in. Stay tuned to B&B and don’t forget to check CDL often for the latest Bold and the Beautiful spoilers, updates and news. Come and join the conversation on our Bold and Beautiful Facebook Group!