‘The Bold and the Beautiful’ Spoilers: Quinn Offers Steffy Co-CEO Job If She Leaves Liam and Reunites With Wyatt 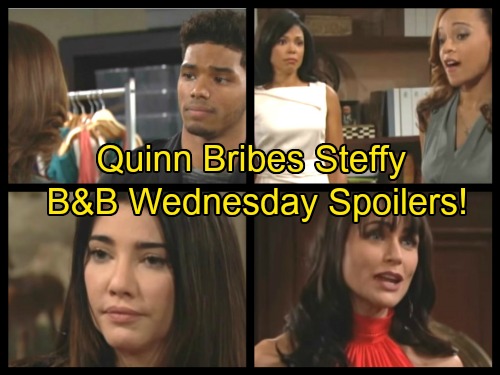 The Bold and the Beautiful (B&B) spoilers for Wednesday, November 9, tease that Quinn (Rena Sofer) will give Steffy (Jacqueline MacInnes Wood) a tempting offer. She’ll start out by explaining why she wants Steffy on her team. Quinn will contend that Steffy is the future of Forrester Creations. She’ll think now is the time for Steffy to step up and lead this company.

That brings us to the position Quinn wants Steffy to fill. B&B spoilers say Quinn will ask Steffy to serve as co-CEO. She’ll maintain that Steffy can have great power at FC. Naturally, Steffy will wonder what the catch is. Quinn always has a trick or two up her sleeve.

The Bold and the Beautiful spoilers say Quinn will admit there’s one condition. If Steffy wants this job, she’ll need to get back together with Wyatt (Darin Brooks). Before Steffy shuts her down, Quinn will play up the benefits. She’ll declare that Steffy belongs with Wyatt and this is their chance to make things right.

Quinn will once again bring up the fantastic perks that Steffy will get by helping her run Forrester. Steffy will be impressed by Quinn’s proposal, but the stipulation will obviously be an issue. Wednesday’s preview video shows Steffy saying, “Not a bad pitch, but you don’t want me as a partner helping you out. You want me as your daughter-in-law.” 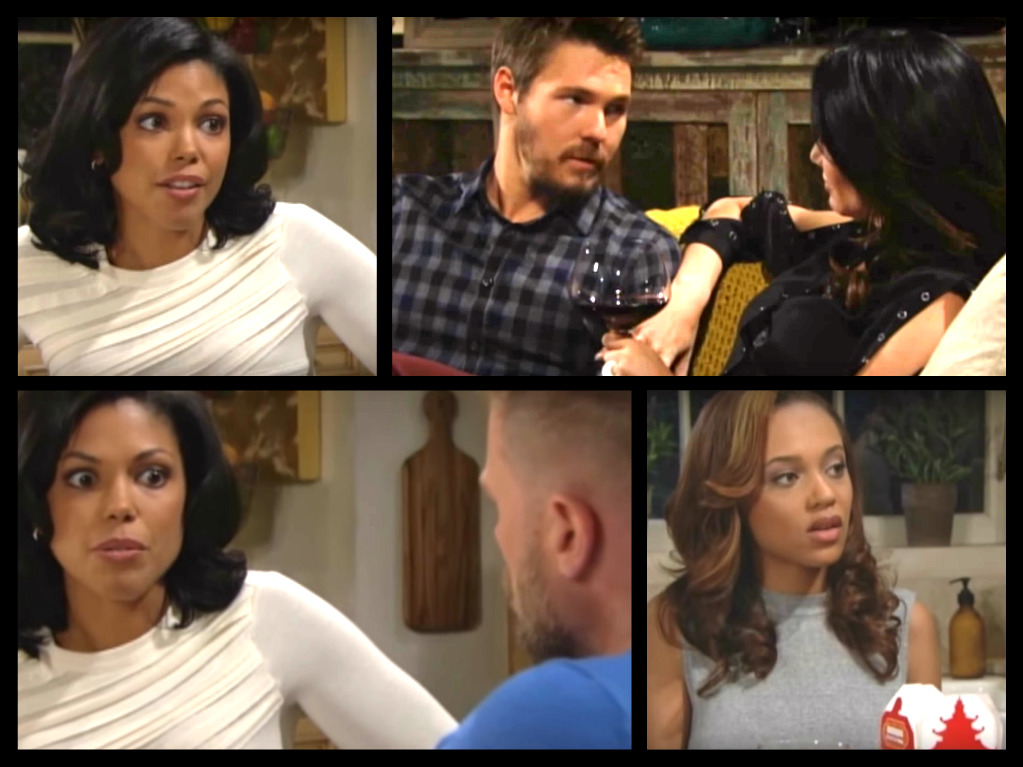 Quinn will undoubtedly point out that Steffy can be both. She’ll probably encourage Steffy to mull it over before handing down a definitive no. Elsewhere, Nicole (Reign Edwards) will open up to Maya (Karla Mosley) about Zende (Rome Flynn). She’ll suggest that she can’t stop replaying the devastating scene she stumbled upon.

Nicole won’t be sure she can get past those images of Zende in bed with Sasha (Felisha Cooper). Maya will apologize to Nicole for setting all of this in motion. She’ll feel guilty for sparking the conflict.
Later, Zende will finally convince Nicole to talk to him.

She’ll likely lash out at first, but Zende will hope that they can forgive and forget. He’ll insist that he’s so sorry as he launches into a desperate plea. Unfortunately, it may not be that easy for Nicole.

While Zende pours out his heart, Eric (John McCook) will have a chat with Katie (Heather Tom). They’ll discuss Brooke’s (Katherine Kelly Lang) current love saga and the problems that have emerged. Eric will confess that he just can’t see Brooke married to Bill Spencer (Don Diamont). He’ll feel like Bill isn’t a good match for Brooke.

Eric may not believe Bill was the best man for Katie either. He might argue that both Brooke and Katie deserve better. The Bold and the Beautiful spoilers reveal that Ridge (Thorsten Kaye) will continue his efforts to win Brooke over. Some may not think of Ridge as an upgrade, but he certainly feels he would be.

As for Katie, what will her romantic future involve? Will she ever reunite with Bill? Could Ridge lose interest in Brooke eventually? Would that lead him back to Katie? We’ll give you updates as other news comes in. Stay tuned to B&B and don’t forget to check CDL often for the latest Bold and the Beautiful spoilers, updates and news.