The Bold and the Beautiful Spoilers: Quinn’s Plans to Keep Eric With a Baby, Trying for Forrester Heir? 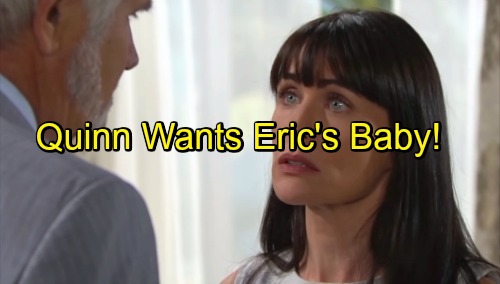 The Bold and the Beautiful (B&B) spoilers tease that Quinn (Rena Sofer) will worry about losing Eric (John McCook) to her new rival. Katie (Heather Tom) plans to move in next door and Quinn is becoming increasingly uncomfortable. She views Katie as a serious threat to her happiness.

Eric has repeatedly assured Quinn of his love and devotion. He’s promised Quinn that she doesn’t need to be concerned. Of course, no one can convince Quinn of anything she doesn’t want to believe. She’s stubborn and she’s always going to be just a little nuts.

However, there’s a chance that Quinn isn’t all that crazy in this case. Nothing romantic is happening between Eric and Katie at the moment, but that doesn’t mean it won’t. Katie almost seems interested. She keeps going on and on about what a great man Eric is. It’s no wonder Quinn is on edge. 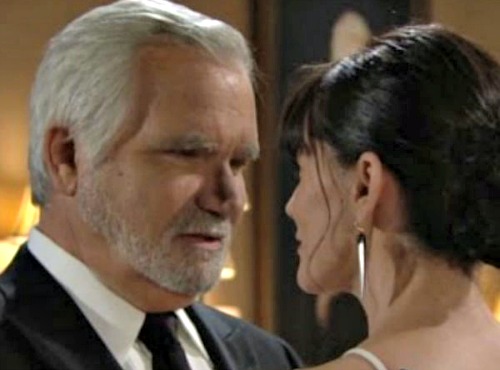 The Bold and the Beautiful fans know that Quinn fights for what she wants. She’s not going to let Katie swoop in and steal her man. Quinn made a vow to stay on the straight and narrow, but there are ways of getting around it. She can still make sneaky moves that fall within the appropriate boundaries. Quinn just needs an option that’s peaceful, but effective.

Could Quinn decide to get pregnant as an insurance policy? She might think having a child with Eric would bring them closer. Plus, Quinn could have a Forrester heir to cement her place in the family. Her son or daughter would help her stay tied to the Forresters forever.

Quinn loves Eric and she feels like she finally has something good in her life. B&B watchers have never seen Quinn in a relationship quite like this before. She’s terrified of losing Eric and the joy he brings her. Eric wouldn’t be thrilled about starting over with another kid, but he would do the right thing. 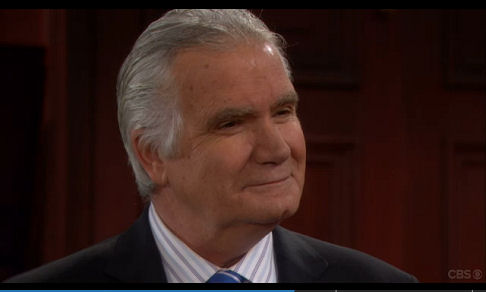 Eric is a nice guy and he would undoubtedly come around on the idea. He would welcome this bundle of joy down the road. The Forresters might feel more connected to Quinn through her child. It could really make Quinn feel a sense of acceptance.

All of this could run through Quinn’s mind as she considers how to keep Eric by her side. If Quinn can’t get manage to get herself knocked up, she could fake it. That would also be an option if Quinn gets pregnant and loses the baby. No one would be surprised if Quinn opted to keep up the ruse until she could find a new scheme.

Unfortunately, the faux pregnancy route probably wouldn’t end well for Quinn. She could lose Eric with that kind of deception. The Bold and the Beautiful viewers know that Eric is committed to Quinn, but that could change if he can no longer trust her.

How do you think Quinn will handle her current dilemma? Could she choose to have a baby? We’ll give you updates as other news comes in. Stay tuned to B&B and don’t forget to check CDL often for the latest Bold and the Beautiful spoilers, updates and news.