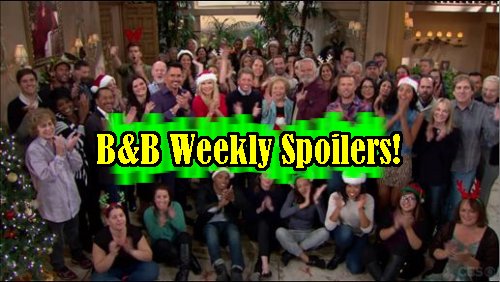 Recent The Bold and The Beautiful (B&B) spoilers for the week of Monday, December 19 thru Friday, December 23 reveal that Katie Logan (Heather Tom) is certain that Quinn Fuller Forrester (Rena Sofer) is a danger to Eric Forrester (John McCook).

Katie decides she has to save Eric but to do that, she needs evidence. Katie begins to gather clues to make a case for Eric but is this about Katie saving Eric or Katie taking Quinn’s man for herself? Sounds like Katie is channeling her big sister.

The Forrester mansion has a new outdoor shower installed and Quinn decides to bathe in the buff in the breeze. That’s fine except it’s not her husband that spots her wet and naked – it’s Ridge Forrester (Thorsten Kaye). Ridge gets an eyeful of his stepmother and is shocked. 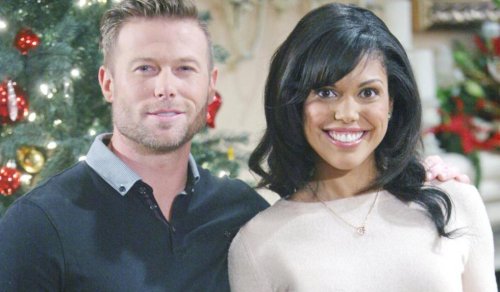 Over at Forrester Creations, Ridge and Rick Forrester (Jacob Young) decide that Steffy Forrester (Jacqueline Wood) is not up to the task of dealing with Quinn. They think she’s out of her league and the brothers plot to move Steffy out of the way to take down Quinn.

Rick and Maya Avant (Karla Mosley) have a happy Christmas and we’ll see baby Lizzy on both the Wednesday and Friday episodes. Wyatt Fuller (Darin Brooks) learns someone surprising has his back, someone with influence. Wyatt finds out that Eric is rooting for him to get back with Steffy and will help as he can.

Eric was hoping that the dust would settle and the Forrester family would get together for Christmas, but there’s a mass blockade like there was for his wedding to Quinn. No one shows up. Steffy was planning to come but Liam Spencer (Scott Clifton) talks her out of it. 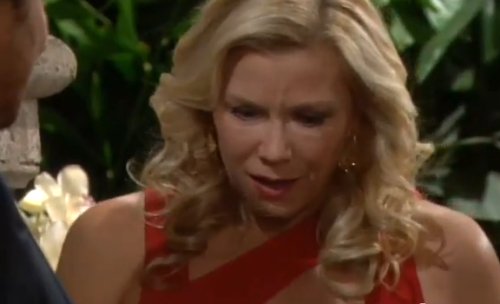 Liam is angry that Eric chewed him out so he decides to get a little revenge and plots a special holiday for him and Steffy since they’re finally reunited after a rough year. Eric is sad and wants just one holiday song with the family.

B&B spoilers reveal a Christmas miracle happens to cheer Eric up. Ridge has his holiday planned with Brooke Logan (Katherine Lang) and RJ Forrester (Anthony Turpel) and pops the question to Brooke under the Christmas tree. Brooke says yes.

This wrecks Bill Spencer’s (Don Diamont) Christmas and he’s not happy to see Brooke with Ridge’s ring on her finger so soon after she took his off. Bill and Katie’s son Will Spencer (Zane Achor) is back for the Friday, December 23 episode.

Also, this week, we get some action from B&B’s resident odd couple. Pam Douglas (Alley Mills) and Charlie Webber (Dick Christie) have scenes on Thursday and Friday, December 22 and 23. What will Eric’s Christmas miracle be? Is Quinn pregnant? 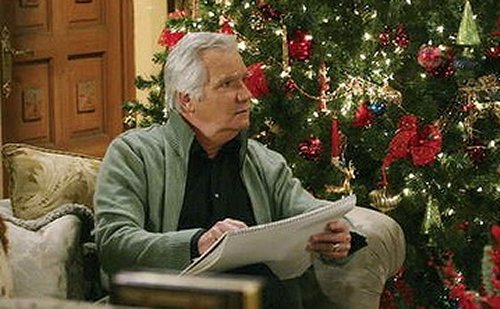 That would drive the rest of the Forresters insane and start the new year off with a bang. Share your comments below on these B&B spoilers for the week of Monday, December 19 thru Friday, December 23.

Be sure to tune into CDL for all the latest The Bold and The Beautiful spoilers and news.