The Bold and the Beautiful Spoilers: Week of September 26-30 – Steffy Rages, Wyatt Wavers and Ridge’s on a Mission 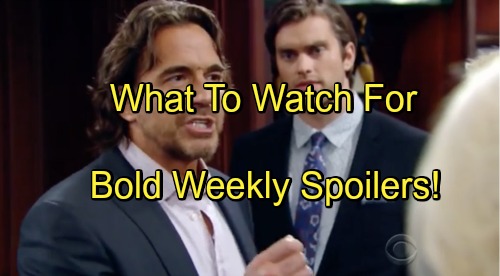 The Bold and the Beautiful (B&B) spoilers for the week of September 26-30 tease that plenty of shocking moments are coming up. The Forresters have been in total turmoil lately and the drama is only going to get worse. As Eric (John McCook) marries Quinn (Rena Sofer), his family will bicker about the consequences of their boycott.

There’ll be different opinions floating around, but Ridge (Thorsten Kaye) won’t think there’s anything to worry about. Later, the Forresters will get some news they weren’t expecting. They’ll find out that Eric actually went through with the ceremony. It seems their daring stand was a bust.

The Bold and the Beautiful spoilers reveal that Ridge will be absolutely furious. He just won’t understand how his intelligent father could’ve married a monster. Of course, B&B fans know that Quinn has softened quite a bit lately. She’s still a little mischievous, but she’s dialed down the craziness considerably. 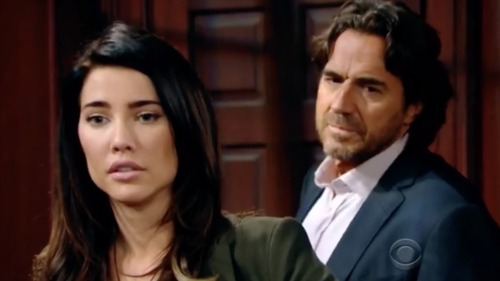 Eric and Quinn’s marriage will create more problems for another troubled couple. Wyatt (Darin Brooks) and Steffy’s (Jacqueline MacInnes Wood) relationship was already hanging by a thread. Will this be the blow that officially makes it fall apart? Time will tell, but it’s clear that things are not headed in a good direction.

Steffy and Wyatt will find themselves at odds over Quinn’s continued involvement in Eric’s life. Wyatt will start to see that Quinn’s feelings are genuine. He’ll determine that Quinn wants to love Eric, not manipulate him. The truth will really become evident as Eric faces a health crisis.

The Bold and the Beautiful spoilers say Eric will collapse during a family confrontation. After Eric is taken to the hospital, the Forresters will wonder if they pushed him too far. They’ll feel guilty for getting Eric so riled up. All of this stress has obviously taken a toll.

Quinn will also struggle with guilt. She’ll hate that she’s been the source of contention. Wyatt will console Quinn and let her know this isn’t her fault. Steffy, on the other hand, will think Quinn is exactly who should be blamed.

B&B spoilers indicate that Steffy will rip into Quinn for putting Eric’s life in danger. She’ll believe Quinn is always a ticking time bomb. You never know when the peril will hit, but it never fails to come. Steffy will probably have Quinn in tears by the end of her rant.

Quinn will wonder if she’s the worst thing that ever happened to Eric. Naturally, Eric will offer reassurance once he’s awake. He’ll want his bride to see how much joy she’s brought to his life. 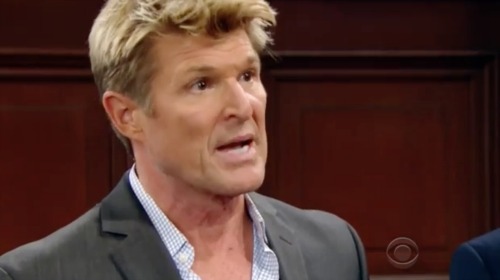 Eric may place some blame on his family as well as himself. He might apologize for getting so agitated and putting his own health in jeopardy. Ridge will be sorry that Eric had to go through this ordeal, but it won’t change his mind about Quinn. He’ll intend on doing everything he can to keep Quinn away from the Forresters and their company.

It sounds like the drama is about to heat up. We’ll give you updates as other details emerge. Stay tuned and don’t forget to check CDL often for the latest Bold and the Beautiful spoilers, updates and news.