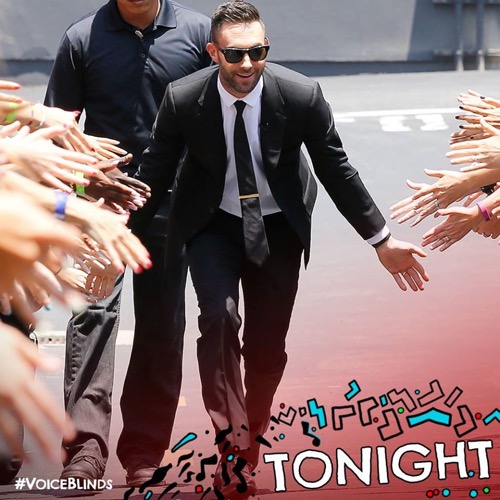 Tonight on NBC’s Emmy Award-winning musical competition The Voice airs with an all new Monday, October 3, 2016, season 11 episode 5 and we have The Voice recap right below.  On tonight’s The Voice episode, it is the last night of the Blind Auditions.

Did you watch last night’s episode where the Blind Auditions continued and where Nolan Neal impressed the judges with his performance and Blake sold him with compliments while downplaying Miley and Alicia as new coaches? If you missed the episode and what to find out what happened we have a full and detailed The Voice recap, right here for you!

On tonight’s season 11 episode 5 of The Voice as per the NBC synopsis, “With the Blind Auditions drawing to a close tonight and spaces on their teams dwindling, the coaches face their toughest chair turns yet.”

#VoiceBlinds is on its last night tonight. The coaches joke backstage and Adam makes poop jokes. Shannon and Whitney are sisters and the only duo auditioning this season. The sisters sing Stevie Nicks Landslide and get a four chair turn from all the coaches.

Adam says that collaboration was tough and they did it beautifully. Blake says they sound country and they drew him in. He says siblings can only do that and says he did it with the Swan Brothers and no one else has and says he’s a hard worker and would be honored to be their coach.

Alicia says it was beautiful and the world needs them. Alicia also woos them and says they are a beautiful example of the world she wants to create. Miley says she loves this song and it means so much to her. Shannon and Whitney go with Alicia.

Miami IT guy Johnny Rez who has struggled with sobriety is up next and he does Iris by the Goo Goo Dolls. He plays his guitar and sings with a smooth rich voice. The coaches sit thinking and looking at one another. Adam and Blake turn together in the last moments.

Johnny is thrilled they turned. Adam says it was sneak attack. Adam says he needs some work on his falsetto and he’s the guy to help with that – Miley agrees. Adam says he’d love to have him on his team. Johnny says he loves country but covers Maroon 5 often.

Blake is excited. Miley says is it Mr Falsetto or Blake? Miley points to Adam. Johnny chooses Adam despite Blake shouting for him to pick him. Blake says he has cool hair, great pitch but the wrong coach. Adam has three spots left on his team now.

Maye Thomas is up next and her dad is a country deejay. She sings Roses by The Chainsmokers. Adam turns early on for her funky different voice. Miley turns when she picks up the pace. Miley gets up to dance totally digging the sound.

Adam tells Miley to zip it and let him talk then says her voice is different but still has to be good and says she went flat a couple of times and would be truthful as a coach. Miley says she loves that she jammed but wants to hear her do a song that’s not so current and is more about the voice.

Miley asks if she’s her coach and says she can make her the gothic Dolly Parton. Adam says he knows Maye will pick Miley and then, of course, she does and Miley is thrilled. Maye is so excited and she says Adam never had a prayer.

Johnny Hayes is up next and he’s the child of musician parents who pushed him to pursue his education but he moved to Nashville anyway and joined a band. Johnny sings Traveller by Chris Stapleton. Blake and Miley are both very attentive to the country song but no chairs turn.

Adam says a lot of it was good but there were some issues but he has a good voice. Miley says he’s so close. Alicia says his voice would shine if the song was more about him and he should strip it back. Blake goes to shake his hand and offers a hug.

The judges all greet him warmly and Alicia says this is hard and Miley says she hates that part. Blake says Johnny should come back again but with so few spots, he’s waiting for something really special for his team.

Alicia vs Blake for soulful singer

Adam mocks Blake who hasn’t scored an artist yet. Next up is Courtney Harrell who’s a songwriter in LA who has written for Neyo, Mary J Blige and many others. Courtney sings Let It Go from James Bay. Blake is first to turn for her. Alicia turns pounding on her button. She yells at Adam to turn too.

She says it’s the first time she sang publicly in 15 years. Blake says she has a brilliant voice. He says she has mad respect for her voice – Adam says he’s never said that before. Blake says he believes in her. Alicia says she feels her soul and she calls her a dedicated, beautiful loving woman.

Adam says he has to know who she picks as her coach. Her mom yells for her to pick Blake. Courtney chooses Blake and he’s thrilled. Alicia is stunned. Courtney says he respects true artistry and she trusts that. Blake is shocked and thrilled and Alicia asks how that happened. Adam calls it amazing.

Kylie does Wherever I Go by One Republic but changed it up and plays guitar. Blake and Alicia turn and Kylie is thrilled. Adam says the guitar was great and tells Blake don’t screw this up. Blake tells him to hush. Miley thanks her for being amazing and says she’d love to see her with Blake or Alicia.

Blake says she had him from the start and then mocks Alicia for being new but says he’d be a rock for her. Alicia makes her pitch then Kylie has to choose between them. Kylie says she respects both of them and then goes with Alicia. Blake goes to hug her. That takes Alicia’s last team slot.

Natasha Bure is Cameron Bure’s daughter – she played DJ Tanner and says she grew up going to set with her mom and says her mom is clueless about music. Carson plays a video message from John Stamos and Bob Saget encouraging her.

Natasha does Elvis’ Fools Rush In. Adam turns almost right away. No one else does. That makes Adam her coach. Adam says he’s going to work with her on her nerves and they can do great things together. Her family is thrilled and then the coaches reset.

Adam comments that he has only one slot left to fill on his team and will hold out for something special for the last spot.

Blake scores a songwriter to fill his team

40-year old Blaine Long is up next and his wife and two adopted children are there. He talks about his kids starting out in rough homes. He says he gigs all he can and plays original music wherever he can. He’s hoping to turn a chair for his wife Joni and the kids.

He’s doing Have a Little Faith in Me by John Hiatt. Blake then Miley turns for him. Adam turns for him too. Blaine got a turn from all the judges that had a spot open.  Miley woos him and says she plays a guitar too. Blake tells him he’s the worst singer among the coaches and song writing made his career.

Adam says he’s an amazing singer and says he loves his riff and says he’s a valuable coach for him because he writes songs too. He says they all have one slot left and calls Blaine his fairy tale ending. Blaine choose Blake who is thrilled.

Miley mocks Blake who sings one of her songs at him. Nicholas Ray is an optician who aspires to be a full-time musician and sings in a wedding band. He hopes to land Adam as a coach. Nick sings I’ve Got the Music in Me by Kiki Dee.

The song did not showcase his voice very well. Adam says it didn’t get there for him and then the last thing was flawless so it’s confusing. Miley says they loved the moment at the end and Blake says it felt loungey and Nick admits he’s a wedding singer.

They encourage him and offer feedback and tell him how to come back and get a chair turn next time. Nick heads backstage to hug his BF Braxton and seems positive about how it went. Adam says with just one spot left, he has to hold out.

Ponciano Seoane is next and the ER administrator performs Home by Phillip Phillips. His voice is pure and strong. Adam turns right away. Miley does too. They are the only two with slots left and each only has one. His family goes wild backstage.

Blake and Alicia sit smiling and listening but can’t turn. They ask about his name and he says he’s Cuban. Adam says he’s super Cuban and Miley says she’s the Cubanist. Adam says he feels what he’s singing and says that translates well. Miley says she can be a great coach for him.

Adam says he wants to make him a stronger version of himself as an artist. Ponci will fill one of the last slots. He chooses Adam as his coach and Miley says he had it. They hug it out. He runs backstage to greet his family and Adam shouts that his team is full.

She turned down sTori, James Paek and Sophia Joelle. Next to sing for Miley is Josette Diaz who has been singing since she’s three. She’s self-taught on guitar and piano. Josette sings Love Yourself by Justin Bieber. Miley turns for her in the last moments.

Miley goes up to hug her and says her team is full. Josette is a huge Miley fan and says she’s looked up to her since she’s a little girl and her turning means the world to her. Miley tells her the others couldn’t turn because their teams are full.

Alicia says she’s glad she’ll get to know Miley and is happy for her. Adam says she’s awesome and has a light voice and Blake sings her a welcome to The Voice. Miley says she’s ready to battle and spend quality time with her artists. The coaches dance and celebrate their teams being full.

The Battle Rounds start next week with Sammy Hagar helping Team Adam. Charlie Puth is with Team Alicia. Joan Jett is with Team Miley and Blake brought in Bette Midler. Tune in to CDL tomorrow for a Live Recap of the next Voice which is a Best of the Blinds.