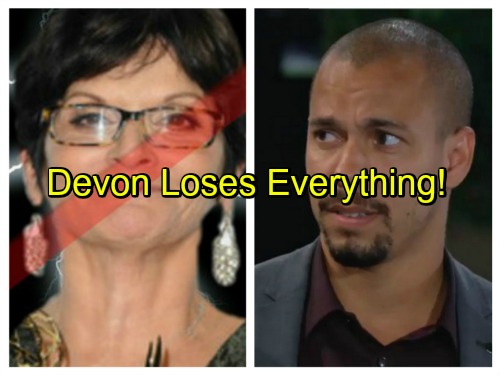 The Young and the Restless spoilers tease that Devon (Bryton James) will lose his $2 billion fortune and his wife Hilary (Mishael Morgan). In a recent interview incoming head writer Sally Sussman said that it was a mistake to have made James’ character become Katherine’s (Jeanne Cooper) grandson and have him inherit the bulk of her fortune. Therefore a change in this character’s direction appears to lie ahead.

Among Devon’s holdings are the Genoa City Athletic Club and GC Buzz. The website and connected alert worthy live stream TV show has become Victor’s (Eric Braeden) latest target. That business entity is ripe for a massive lawsuit, with resulting damages that could eventually rob Devon’s stash of cash.

Hilary does love her husband, but she also enjoys the many benefits his riches allow. When the money is gone, Hevon will be on life support.

James debuted as a teenager on Y&R in 2004. This fine actor, who turned 30 in August, has developed solid acting chops through the years. Countless scenes with Kristoff St. John (Neil), which included serious interpersonal issues between this father and his adopted son, were always terrific. 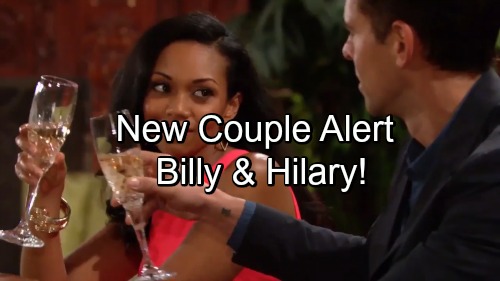 James’ portrayal of his character as deaf, until that issue was medically resolved earlier this decade, was also outstanding. Then real life intervened in 2013, which changed the course of James’ character.

The death of Cooper, easily the most beloved actor in Y&R’s history, was rightly honored by a terrific two-part, show. Some of her greatest fictional scenes, along with testimonies by her cast mates, capped quite a career and literally set the stage for changes within the lives of those characters who were closest to the grand dame of Genoa City. Devon was one of the dramatically affected individuals.

Under the direction of then executive producer Jill Farren Phelps, Y&R decided to take the young man who was previously tagged as Tucker McCall (Stephen Nichols) and Yolanda Hamilton’s (most recently played by Debbi Morgan) son and make him a billionaire.

Newer viewers may not know that Tucker was Katherine’s son, which established Devon’s connection to the Chancellor family and thus his mega-inheritance.

Writing this character back to his origin would offer an opportunity for a matured young man to grow. Devon is a resilient individual who overcame a terrible childhood with a drug addicted mother and an absentee father during the time that dovetailed with his arrival in Wisconsin.

Seeing him manage his immature wife has often been grating. This character deserves much deeper respect. So it appears that Sussman may offer Devon a chance to renew his life. The potential for engaging arcs could be seen early in 2017.

Come and join in the live Y&R discussion on our Facebook Page!

TOMORROW ON #YR: Ashley is spilling the tea! https://t.co/vMkW728slp pic.twitter.com/MhNXkkSlsr

Watch your back Mariah! #YR pic.twitter.com/dNoechzhxB