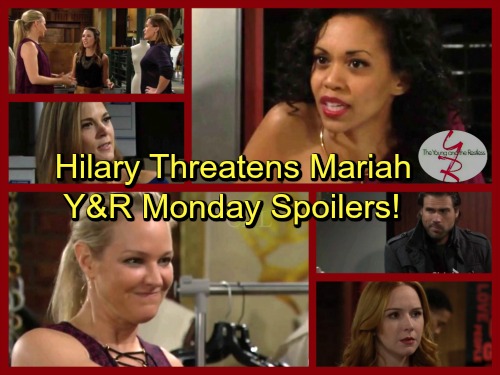 The Young and the Restless (Y&R) spoilers for Monday, December 12, tease that Nick (Joshua Morrow) will pay Phyllis (Gina Tognoni) a visit at work. It looks like she’ll open up about her recent realization. After hearing Jack’s (Peter Bergman) latest speech, Phyllis determined that it was truly over. She accepted that she’s not getting Jack back.

Nick will be glad that Phyllis and Jack achieved some sort of resolution. It may not be the outcome Phyllis was hoping for, but at least she can stop fighting a losing battle. Phyllis is finally moving on with her life. Y&R spoilers say Nick will wonder if Jabot is the best place for Phyllis right now. After all, Jack’s office is just down the hall.

Phyllis will point out that she’s way ahead of Nick. Perhaps Phyllis will turn in her resignation and work on a new career path. She expressed interest in assisting Lauren (Tracey E. Bregman) with a proposal. Regardless, Phyllis will try to stay out of Jack’s orbit for a while. 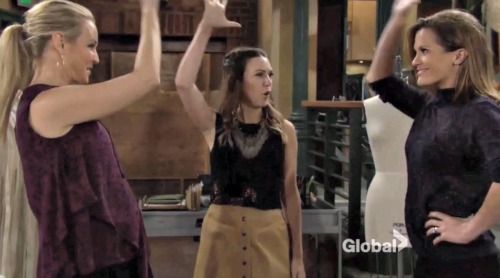 Other Young and the Restless spoilers say Chelsea (Melissa Claire Egan), Chloe (Elizabeth Hendrickson) and Sharon (Sharon Case) will prepare for a segment on GC Buzz. Monday’s preview video shows Chloe asking, “Are we ready to slay, ladies?” They’ll all do a fist bump before they go on the air.

Unfortunately, their Chelsea 2.0 promotion may not go as well as they hoped. The Young and the Restless spoilers state that Mariah (Camryn Grimes) will have a target on her back. By agreeing to host the show, Mariah is just begging for hostility from Hilary (Mishael Morgan).

Devon (Bryton James) will be convinced that everything is going to work out just fine. He trusts that the show is in good hands with Mariah. However, Devon doesn’t expect his wife to stir up trouble. Y&R spoilers say Hilary will approach Mariah to deliver a stern warning. She’ll make her position crystal clear. 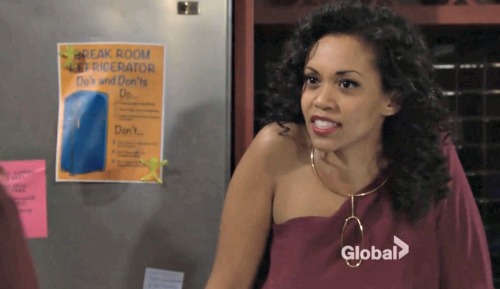 Hilary will insist that this is going to be a total disaster. She’ll urge Mariah to walk away before it’s too late. Mariah will undoubtedly wonder if that’s a threat, but Hilary might suggest that it’s simply a fact. She wants to get in Mariah’s head and force her to quit this gig.

Mariah promised Devon she’d help him out and she’ll probably keep her word. That means Hilary will have to explore other options. She obviously won’t be afraid to play dirty. If it means GC Buzz has to tank for an episode, then so be it. 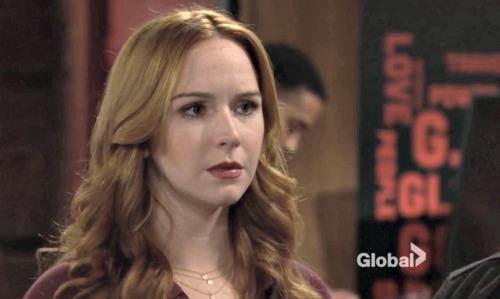 The Young and the Restless spoilers reveal that Hilary will form a plan to sabotage Mariah’s first day. She might make sure the equipment isn’t working or stage some sort of stunt that will end in catastrophe. Hilary wants to reclaim her spot and she’ll believe this move will get Mariah out of the way.

It sounds like Chelsea, Chloe and Sharon could become collateral damage. We’ll give you updates as other news comes in. Stay tuned and don’t forget to check CDL often for the latest Young and the Restless spoilers, updates and news. Come and join in the LIVE discussion on our Facebook Page!