The Young and the Restless Spoilers: Lily Exposes Hilary’s Deception – Jack Still a Grinch Toward Billy – Phyllis Gets Good News 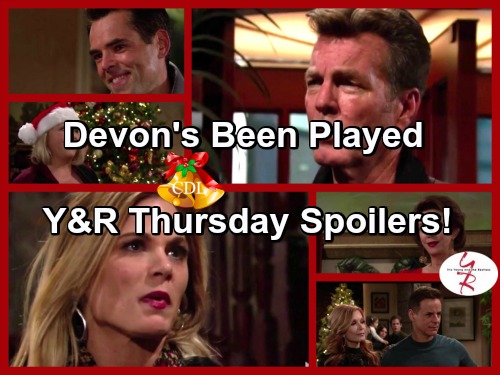 The Young and the Restless (Y&R) spoilers for Thursday, December 22, tease that Devon (Bryton James) will want a special gift this Christmas. He’ll ask Hilary (Mishael Morgan) to grant his wish by returning to GC Buzz. After some groveling, Hilary will agree to come back if she can have total control over the content.

Devon will be fine with that as long as Hilary stops manipulating the footage itself. Tricky editing could lead to lawsuits. Hilary will accept Devon’s condition and they’ll lean in for a kiss. Meanwhile, Lily (Christel Khalil) will notice Jack (Peter Bergman) is speaking with Hilary’s agent. Once Jack steps away, Lily will introduce herself and mention Hilary’s offers. The agent will admit that Hilary was fibbing. 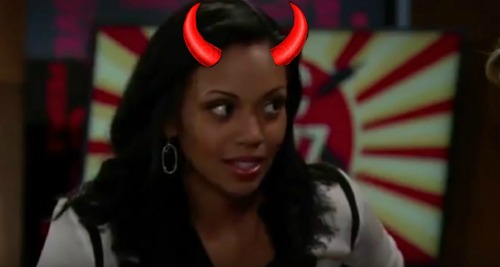 Later, Devon and Hilary will have a holiday gathering in their new home. Neil (Kristoff St. John), Jill (Jess Walton), Cane (Daniel Goddard), Lily and the twins will all join in the festivities. After Devon announces Hilary’s return to the show, Lily will take him aside for an announcement of her own. She’ll reveal that Hilary has been playing Devon.

Back with Jack, he’ll run into Phyllis (Gina Tognoni) and they’ll talk about what they’re doing for Christmas. Phyllis will note that she’s going over to Lauren (Tracey E. Bregman) and Michael’s (Christian LeBlanc) place. Jack will bring up their time at the cabin last year, but Phyllis will only be interested in the future. She’ll inform Jack that she’s ready to walk away from Jabot. 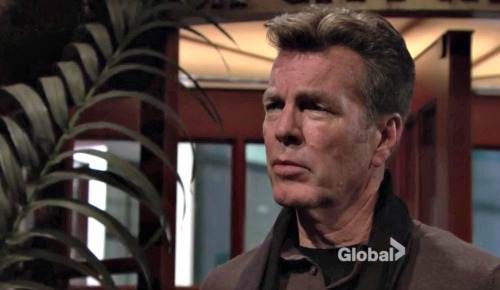 Other Young and the Restless spoilers say Billy (Jason Thompson) will bring some presents to Ashley (Eileen Davidson) and Traci (Beth Maitland). He’ll suggest that he started to skip their gathering, but he didn’t want to let Jack spoil their fun. Traci will urge Billy to stick around, so they’ll all open their gifts together.

When Jack arrives, he won’t be pleased to see Billy. Y&R spoilers state that Traci and Ashley will try to ease the tension. They’ll think Billy should stay for dinner, but Jack will fight them on it. Billy will grab the present he brought for Jack and head out. 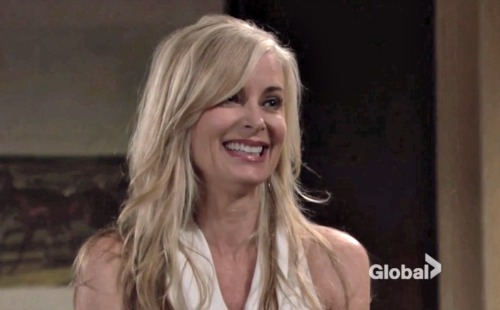 Ashley and Traci will complain, but Jack will insist that they should enjoy their dinner. He’ll let them know that he loves them before Traci says a prayer. At the athletic club, Billy will mope at the bar. Christmas took a depressing turn, but Victoria (Amelia Heinle) will manage to lift Billy’s spirits on Friday.

In the meantime, Gloria (Judith Chapman) will give Michael and Lauren updates on her plans. She’ll hope to stay with them for as long as they’ll have her. Lauren and Michael won’t have an excuse to turn Gloria away, so they’ll put her in the spare room.

Gloria will continue to gripe about Chloe (Elizabeth Hendrickson), but Kevin (Greg Rikaart) will tell her to get on board. He’ll point out that he’s committed to building a life with Chloe and Bella. Chloe won’t think Kevin should bother trying to get through to Gloria. However, Bella will hand Gloria a candy cane and it’ll soften her slightly. 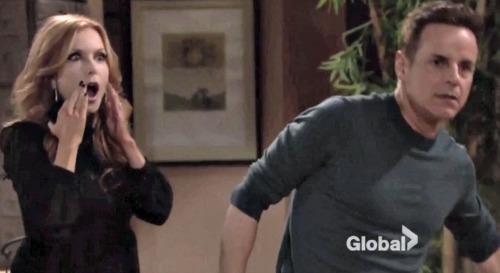 After Phyllis arrives, she’ll ask Lauren if she can have a full-time position at Fenmore’s. Lauren will think that sounds wonderful. Michael will propose a toast and they’ll all join in. There’ll be some holiday peace, but it won’t last long. Gloria will surely stir up more trouble soon enough.