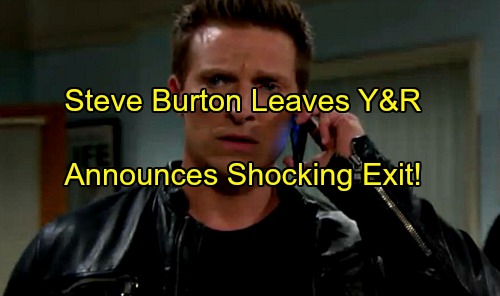 The Young and the Restless (Y&R) spoilers tease that more changes are happening behind the scenes at the CBS soap. In a series of tweets, Steve Burton revealed that he’ll be leaving Y&R when his contract runs out in December. Burton noted that he spent a lot of time reflecting and ultimately decided that this was for the best.

“I’ve had an amazing time, but it feels right to move on to new adventures in my life,” Burton said. He added that he couldn’t say enough about the awesome cast and crew. Burton finished off with a tweet expressing his gratitude to CBS as well as the fans for their support.

This Young and the Restless departure isn’t all that surprising. When Jill Farren Phelps was fired from her job as Y&R’s executive producer, most of us wondered if Burton would follow. JFP was responsible for luring Burton to the show and giving him a huge salary and special schedule so he could spend time with his family. 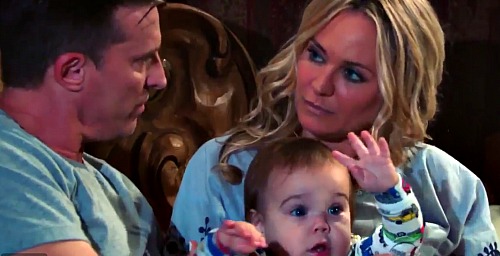 Now that Mal Young has taken over, the dynamic has undoubtedly changed. That doesn’t necessarily mean there are problems, but things are different when a good friend is forced out of power. It makes sense that Burton decided not to renew under the conditions offered to him.

The good news is that the timing is perfect for Burton’s character. We’re on the cusp of the Sully reveal and it should provide an excellent exit for Dylan. Sharon (Sharon Case) has been struggling to hide the truth lately. Patty (Stacy Haiduk) is threatening to spill the beans if Sharon doesn’t come through for her.

Sharon is desperate to preserve the life she’s built with Dylan and their “son.” In reality, Sully is the presumed dead Christian Newman. This secret could blow wide open by the time November sweeps rolls around. Both Nick (Joshua Morrow) and Dylan will be furious with Sharon for keeping something like this from them. 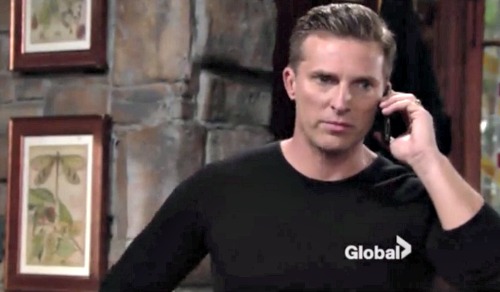 Dylan has always been a big believer in trust. He’s thinks that’s why he has such a strong relationship with Sharon. In Dylan’s mind, they have no secrets. When Sharon’s lies are finally exposed, their marriage will surely be damaged beyond repair.

Of course, Sharon’s worst fears will come true. Dylan will be completely devastated when he finds out he isn’t Sully’s dad after all. It’s going to break Dylan’s heart to give this baby up. Without his precious boy, Dylan will likely need time to reflect on his own.

Dylan might leave town to begin a new life. He certainly can’t stick around and pretend everything is OK. Dylan won’t even be able to look at Sharon once he realizes their marriage has been filled with such deception. Some tense moments are obviously in store. 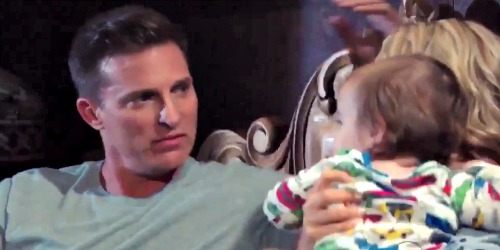 Since The Young and the Restless has the ideal exit opportunity for Dylan, they probably won’t recast. Let’s face it: Dylan isn’t exactly the most exciting character anyway. Y&R would be better off to start fresh with a new role if they want to add anyone.

Nevertheless, Burton seems like a great guy and soap fans wish him well. We’ll give you updates if as more info emerges on Dylan’s last scenes. Stay tuned and don’t forget to check CDL often for the latest Young and the Restless spoilers, updates and news.

2/2 time, but it feels right to move on to new adventures in my life. I can’t say enough about the AWESOME cast and crew. Much respect!

3/3 Much luv to @CBSDaytime for the great ride. Great peeps. And thank YOU all for your support. Always! #positivityrules

Will Dylan be able to flush out the truth? @1SteveBurton #YR pic.twitter.com/ua4kyQNyJl