‘The Young and the Restless’ Spoilers: Have Jack and Marco Teamed Up for the Ultimate Revenge On Victor? 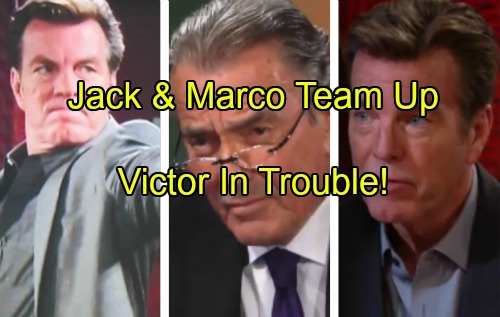 The Young and the Restless (Y&R) spoilers tease that Jack’s (Peter Bergman) rage could lead to some big mistakes. It’s clear that Jack intends on doing whatever it takes to make Victor (Eric Braeden) pay. He’s already taken some dangerous steps by using a mole at Newman Enterprises.

If Victor catches on, he could easily turn Jack’s plot around on him. Of course, he’ll probably manage to do that anyway. Victor always comes roaring back when his enemies tear him down. We may be entering a bitter Newman and Abbott war.

Right now, Jack seems to have the upper hand. His inside source at Newman is coming through for him. However, is that the only help Jack has? Perhaps Jack’s scheme extends further than we think. To go up against a guy like Victor, he’s going to need reinforcements. 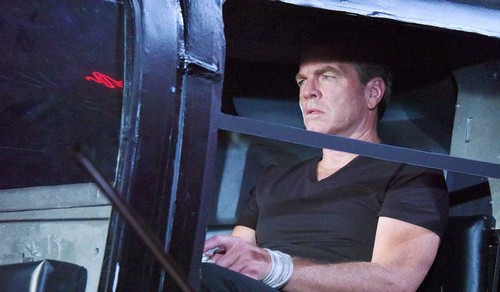 It’s possible that Jack contacted Marco (Peter Bergman), the doppelganger Victor once fetched from a Peruvian prison. Granted, there’s some bad blood between Marco and Jack. It would be incredibly risky to bring Marco back into the picture. Jack understands what a volatile force he can be.

Nevertheless, Jack is a desperate man. He stopped thinking rationally a long time ago. Even if Jack hasn’t reached out to Marco yet, maybe he still will. Let’s consider a potential Y&R scenario. We should remember that Victor wants Phyllis (Gina Tognoni) to give him updates on Jack’s next move. If she squeals, Jack’s plan will likely fail.

That could leave Jack looking for another solution. He would need a new strategy to send Victor’s empire crumbling. Plus, the news of Phyllis’ latest betrayal would leave Jack bursting with rage. 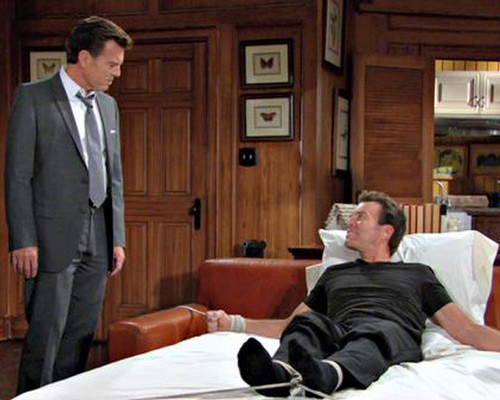 The Young and the Restless fans know that Jack already wanted revenge for Phyllis’ affair with Billy (Jason Thompson). Phyllis’ next round of disloyalty could make Jack extra determined to get vengeance. Jack would undoubtedly be looking for tactics he could use to make Victor and Phyllis regret their actions.

What better way to do that than bringing Marco back to wreak havoc? When Marco went rogue, Victor couldn’t handle him. He got a grip eventually, but it’s easy to see that Marco is a formidable foe. As for Phyllis, there’s nothing more painful for her than her Marco memories. Phyllis still shudders to think of being repeatedly violated by her husband’s impostor.

Would it be cruel for Jack to make Phyllis relive that pain by stirring all of this up? Absolutely, but Jack isn’t exactly soft and cuddly these days. He’s always quick to point out that he’s not the kind individual he once was. 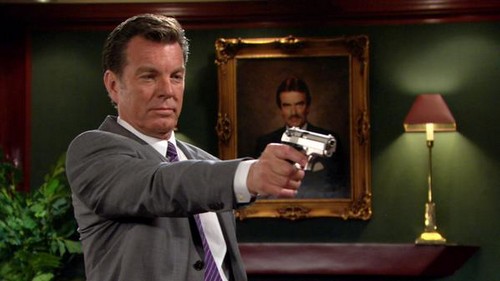 If Jack tracks down Marco and uses him for retribution, there could be major consequences for all parties involved. That includes Jack. Marco has proven that he’s unpredictable and that could lead to trouble.

If Jack’s plot gets away from him, he could realize that he’s become a vicious monster. That would be a nice route to take when it’s time to wrap up Jack’s revenge arc. Who knows? Perhaps Victor, Jack and Phyllis could all put aside their differences to stop the threat.

I’m so excited for everyone to see this! Season 2 of @LifeInPiecesCBS THIS THURSDAY!https://t.co/JB8nh1Httc