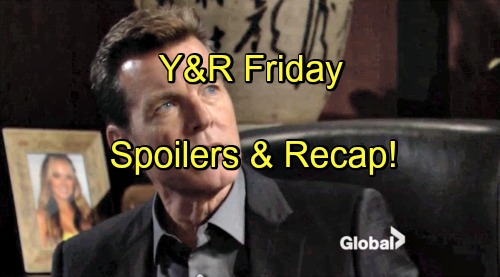 The Young and the Restless (Y&R) spoilers for Friday, October 14, tease that Brash and Sassy will have to change their launch party plans. As rain rolls in, they’ll realize they need to move the event off the club’s rooftop. Unfortunately, Lily (Christel Khalil) will insist that there’s not enough room inside.

Victoria (Amelia Heinle) will ask Victor (Eric Braeden) if they can have the party at Top of the Tower. She’ll worry that Victor won’t like the idea of helping Billy (Jason Thompson), but he’ll come through for her.

Later, Jill (Jess Walton) will do a little more matchmaking as Billy and Victoria get ready for the gathering.

She’ll try to put them in a limo together, but Victoria will opt for a cab.

Back in Victor’s office, he’ll chat with Travis (Michael Roark) about the threat at Newman Enterprises. Victor have a hunch that Jack (Peter Bergman) is targeting the company. However, he’ll want Travis to keep his mouth shut for now. 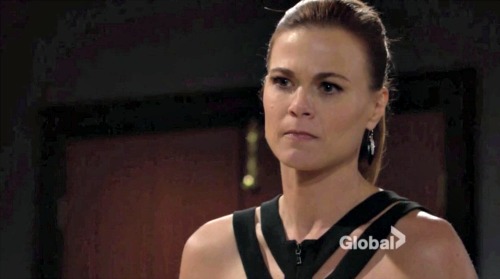 Victor will contend that Phyllis (Gina Tognoni) might blab to Summer. He’ll hope that his granddaughter will deliver updates on anything she learns. Victor will be in luck when Summer fills him in on the Newman-related info she saw on Jack’s laptop.

Summer will note that Phyllis downplayed Jack’s shady activities. Victor will pretend that it’s no big deal. Meanwhile, Ashley (Eileen Davidson) will send Phyllis a message that says “busted” on her computer. 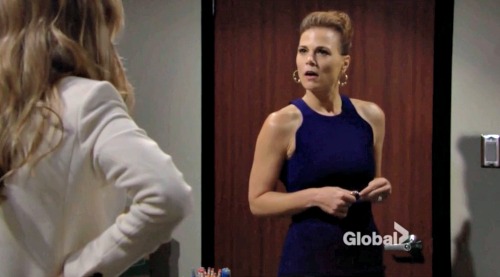 Jack will return to find them in a heated confrontation. After Ashley makes Phyllis confess, Jack will be livid. He’ll try to deny her accusations about taking on Victor. Phyllis will state that she knows about Jack’s secret meeting in the park.

Jack will finally admit that it’s true, but he’ll stand his ground. It’s time for Victor to pay.

Phyllis will indicate that she has no intention of talking Jack out of it. In fact, she wants to team up. Y&R spoilers say Phyllis will declare that they’re going to bring Victor down together.

Back in Victor’s office, he’ll take a phone call about some crucial news. He’ll thank his helper for the good work.

At Top of the Tower, Cane (Daniel Goddard) will kick off the product launch. Billy and Victoria will join him for the presentation. They’ll congratulate Cane on all of his great ideas.

After they preview the campaign, Jill will show off the new product. The crowd will be thoroughly impressed by their efforts.

Other Young and the Restless spoilers reveal that Hilary (Mishael Morgan) will want to do a story on Jack. Neil (Kristoff St. John) will urge Hilary to keep things tasteful. She’ll be offended that Neil would think she’d hurt her friend.

Hilary will maintain that she wouldn’t drag Jack’s name through the mud.

Cane will express his gratitude to Hilary for keeping the interview classy. Hilary will suggest that the rivals of GC Buzz feel the same way. The less scandalous approach isn’t going over well with viewers.

Will Hilary eventually cave in and play dirty? Stay tuned to see if GC Buzz will revert to trashiness soon.