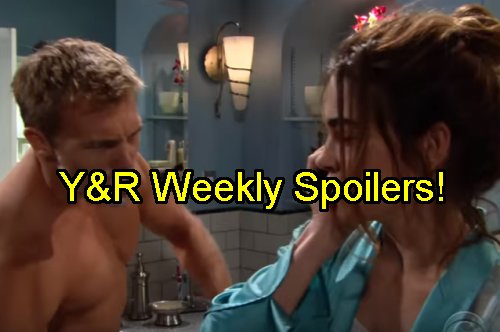 New The Young and The Restless (Y&R) spoilers for episodes the week of Monday, September 26 thru Friday, September 30 reveal that Jack faces bad publicity, Billy backs off after Phyllis rejection, Victor makes Travis a tempting offer, and Devon has an expensive gift for Hilary.

As the week kicks off, Phyllis Abbott (Gina Tognoni) assures Paul Williams (Doug Davidson) that Jack Abbott (Peter Bergman) didn’t hurt her. Phyllis also makes it clear to Billy Abbott (Jason Thompson) that it will always be Jack for her so he backs off. 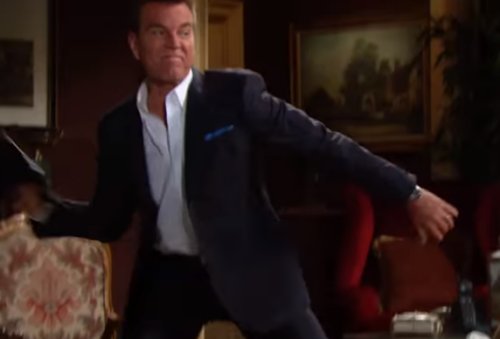 Ghost John Abbott visits Jack and advises him to consider his own past transgressions before judging his wife and brother so harshly. Billy makes an appeal to Jack on Phyllis’ behalf and so does Summer Newman (Hunter King). Jack remains hard-hearted for now.

Jack’s week goes from bad to worse when a GC Buzz reporter accuses him of domestic violence. Jack crushes his laptop when he sees the story online. Devon Hamilton (Bryton James) tries to bribe the GC Buzz reporter, but that just causes more headlines. 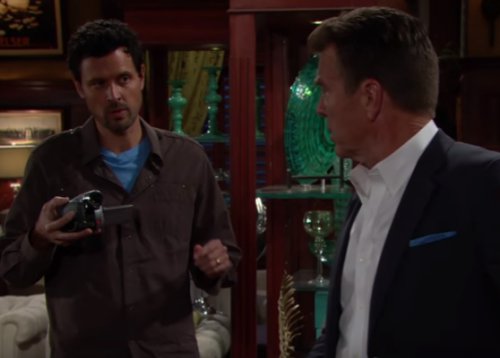 Hilary Curtis (Mishael Morgan) and Jill Abbott (Jess Walton) get into it over the bad press and then Devon has a brainstorm. Devon decides to buy GC Buzz as a gift for Hilary and David Faustino (Bud from Married with Children) guests as Howard Green, the producer of GC Buzz.

Initially, Devon wanted to sue the tabloid show but Michael Baldwin (Christian LeBlanc) advised him that would make things worse so Devon pulled out his checkbook to take care of the issue. Will Hilary’s new career in the media go well? Nah. Y&R spoilers indicate things turn bad fast. 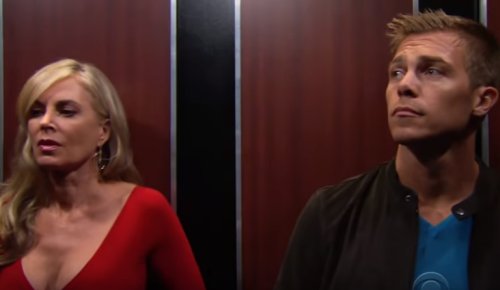 Abby Newman (Melissa Ordway) isn’t feeling great about her marriage to Stitch Rayburn (Sean Carrigan) and their union seems to be circling the drain. Things get feisty when Travis Crawford (Michael Roark) and Ashley Abbott (Eileen Davidson) get stuck in an elevator.

Will Victoria Newman’s (Amelia Heinle) new man be tempted by the sexy cougar? Let’s hope not. Victoria gets in Jill’s face and tells her to back off Travis and says she knows about her job offer to Travis and doesn’t appreciate it. Victoria reiterates that she and Billy are done. 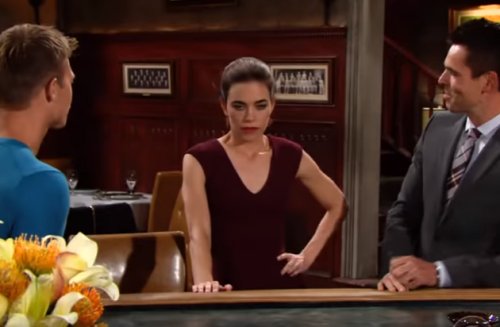 Travis settles in at Victoria’s house and that’s where Victor Newman (Eric Braeden) finds him when he drops by. Victor and Travis have a pleasant chat and Travis tells him how Jill tried to bribe him out of town. They share a laugh and Victor advises that Jill can’t be trusted.

Victoria tells her dad to leave Travis alone but Victor insists he’s fine with Travis and says anything is better than Billy Boy. Victoria got under Jill’s skin when she told her she was acting like Victor and later at the GCAC, Victor and Jill verbally spar over Travis and Victoria. 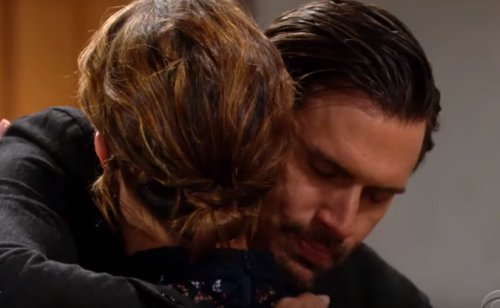 Victor is inspired by Jill’s scheme, though, and he decides to shake things up at Newman Enterprises and may make Travis a job offer much closer to home. Is Victor hoping by hiring Travis that Victoria will ditch Jabot and come back into the family business?

Nikki Newman (Melody Scott) worries that Jack and Victor will reignite all the old rivalries and it will be all-out war between the families once again. Victoria finds a new ally this week while Sharon Newman (Sharon Case) plays matchmaker. 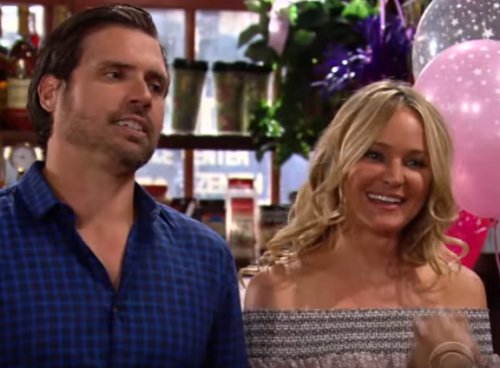 Faith has a big shindig and all are invited. Chloe is on hand as Kevin Fisher’s (Greg Rikaart) date but she pushes Mariah Copeland’s (Camryn Grimes) buttons and Mariah has had just about enough of Chloe. Look for Kevin to take Chloe’s side, of course.

Cane Ashby (Daniel Goddard) has a rough week. Ashley decides to deal with issues herself – but is it Abby’s life or Victoria’s she decides to meddle with?Also, by the end of the week, Sharon gets a message that freaks her out – is this more about Sully?

All this and more on the Y&R episodes the week of Monday, September 26 thru Friday, September 30. Share your comments below and check back with CDL often for all the latest The Young and The Restless spoilers and news.