This Is Us Spoilers: New Show Time and Schedule – Season 1 Episode 3 ‘Kyle’ – Video 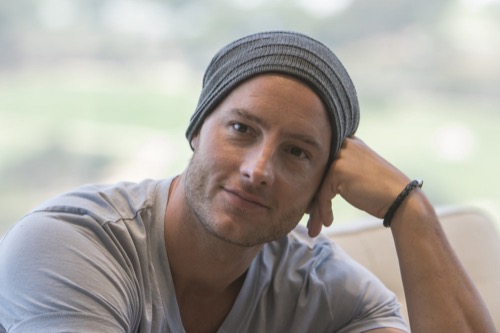 Before we begin with the spoilers, we need to remind you that This is Us will not be airing on Tuesday, October 4th, but will be returning on Tuesday, September 11th in a new time slot, 9 p.m. ET on NBC

This is Us spoilers begin in a flashback to the 1960s, with Jack (Milo Ventimiglia) and Rebecca (Mandy Moore) attempting to adjust to being new parents to triplets. Jack quickly adapts to being a new dad, but when Rebecca is having a tough time with it, Jack goes to see Dr. Katowsky (Gerald McRaney).

Dr. Katowsky seems to be full of sage advice, when Jack tells him that his wife, Rebecca isn’t bonding with the babies. The Doctor tells Jack she has to do this her own way. Jack is afraid that she won’t be able to do it. Dr. Katowsky reassures him that she will figure it out.

This is Us then jumps to the present, where Toby (Chris Sullivan) works on making his girlfriend, Kate (Chrissy Metz) feel like a celebrity for the day. He pulls out all the stops, acting like Paparazzi when she leaves the house, asking for if he can take photos. He has a vehicle waiting with a red carpet laid out to its doors.

Kate is a bit confused and asks him what he is doing. He says, “Give me one day, where you are the star!” She smiles and we must say, Toby is the sweetest man alive, especially since he knows how much Kate hates her body and longs to be skinny; but Toby is trying to teach her to be comfortable in her own skin; and his gesture of love is undeniable.

This is Us then moves on to Randall (Sterling K. Brown) and his biological father, William (Ron Cephas Jones). We have watched Randall and his family, take in his biological father, who is a recovering drug addict who says he is dying, and there is no cure. Randall does not want to accept that answer and books William in to see a specialist. Will Randall be able to save his father, or did he find him too late?

Be sure to tune into NBC on Tuesday, October 11, 2016, at a new time 9 p.m. ET, to catch up on all This is Us stories and check back often for updates, rumors, news, and spoilers about This Is Us!