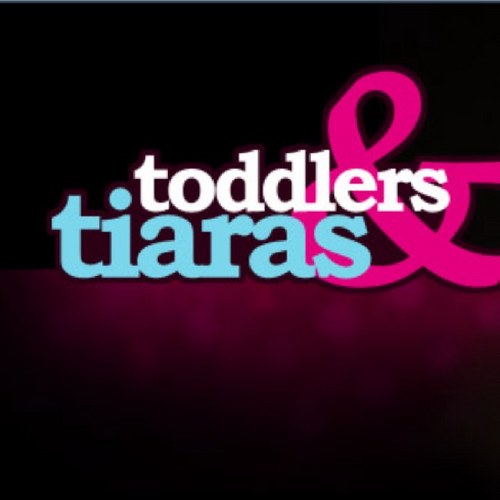 On last week’s episode, a makeup man was in demand when Cambrie faced Amanda on the former’s home turf.  Did you watch the episode?  If You missed it we have a full and detailed recap, right here for you!

On tonight’s Toddlers & Tiaras episode as per the TLC synopsis, “One mom punches another due to a circulating rumor; Cambrie’s team struggles on and off the stage and Top Model rushes to find a replacement for an overbooked stylist. Later, three coaches end the day in tears.”

On this week’s Toddlers and Tiaras Trish is upset because Mykal Baka tells her that he is only doing the kids from Cambri’s Court. Seeing that Trish is upset at being blindsided he offers to have one of his assistants do her daughters hair and make up, but this does not placate her.

On the day of the Supreme Me pageant Amanda’s kids Addison and Landree are preparing for the competition and their main competition are the kids from Cambri’s court, includiing Jaylianna.

As the competition starts with the beauty portion the kids are still backstage getting ready. Cambri is backstage working with Michael to get the girls hair and make up done. She says “I over heard another mother saying they had a booking with Michael at 5:30, but our kids don’t go on until 8 so we will see about that.”

Meanwhile over in the Top Model camp Amanda and Nisa are working with Landree and Addison to get them ready. Addison’s hair has been completely straightened and looks a total mess. Her mom says “Amanda wants Addison to wear wig or hair piece so we will do what she says and whatever will be will be.”

When Addison steps out on to the stage she looks beautiful and her hair and make up are flawless thanks to Teresa. The judges are very impressed by her. When Addison steps off stage she says “Top Model rules!” Cambri admits “Landree is our biggest competition today. She definitely brings it every time she steps out on to that stage.” Trish says “Everyone is afraid of my daughter because they know that she is the best one out there.”

Deb’s daughter Jayliana is up next and she is absolutely beautiful out there on the stage. The only thing the judges didn’t like about Jayliana was her hair. Otherwise they thought she was stunning.

After the beauty portion of the competition Addison’s mom decides to remove the hair piece from her hair and takes her to the bathroom to do it. Unfortunately while she is doing this the girls are called back to the stage. Trish comes in and tells her “I heard what you said after the competition, but she is needed back on stage.” Deb says “I have no problem sending my daughter back on stage with wet hair, but unfortunately she is undressed too.”

After beauty comes the talent portion of the competition. While the competition is going on there is a confrontation going on backstage between Jayliana and Kalia’s moms. Cambria is trying to calm the whole situation down, but Deb tells her “If you’re going to talk trash then own it.” When Jayliana steps out on stage she incorporates Prince and a hoverboard into her talent.

Addison is up next with her cat routine. Her mom is worried that she won’t be able to land the back walkover. When she misses it everyone is scared. Trish says “I just kept thinking Oh my God recover, recover, recover.” The judges are impressed that even though Addison fell she got right back up. Addison is crying when she comes off stage, but Trish is there to comfort her and tells her “We’ll work on it.”

Landree is up next to perform. Her mother is completely confident that she is going to win. After she performs the judges say that she is their favorite. Landree comes off stage and breaks down into tears. Amanda tells her “Stop crying or you won’t be going to the top of the hotel.”

The crowning ceremony begins. First up are the Princess Supremes. Cadence wins Princess Supreme. Up next is 7 to 8 year old division. Another young lady wins that title. The Mini Grand Supreme is Caliegh S. Addison wins Grand Supreme. Her mom is not happy about that at all, but Addison is ecstatic. Both Jayliana and Landree are up for the Grand Supreme title. In order to find out who it is the parents of the kids are called up and dig through noodles to find out who wins the title. When it is revealed Landree is the winner. Cambri seems to be just over the whole competition and ready to leave while Amanda and the Top Models gloat over their victory.