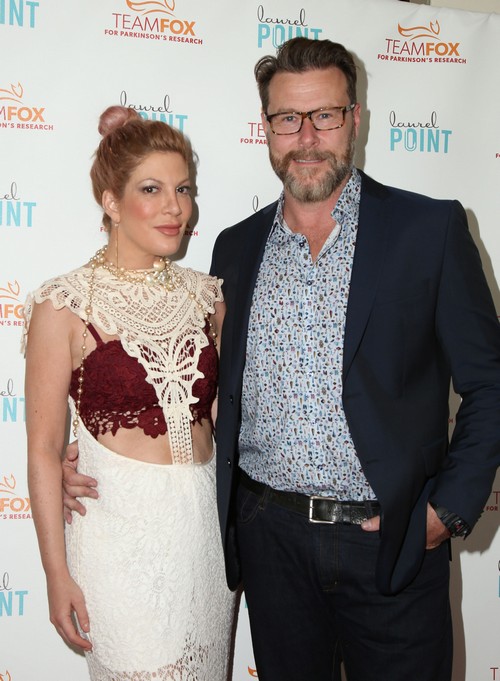 While it shouldn’t come to anyone’s surprise that Tori Spelling and Dean McDermott are in massive debt, it looks like they’ve gotten themselves in some major legal trouble as well. Just like Teresa and Joe Giudice, the couple think they can get away with hiding their true income and not paying their taxes. According to TMZ, the former reality television stars have been served with a federal tax lien for over $700,000 in unpaid taxes, and that’s only for 2014.

If that weren’t enough, Tori Spelling is being sued by American Express for failing to pay a $37,000 credit card that she hasn’t made any payments for since last year and the couple also owe an estimated $259,000 to the State of California.

Tori Spelling’s spending habits have been out of control for years now, even though she and Dean McDermott have had a hard time finding stable work in Hollywood. Even though they managed to showcase their personal problems in their short-lived Lifetime reality show, ‘True Tori,’ apparently their earnings wasn’t enough to fulfill all of Tori Spelling’s lifestyle demands.

Yet, it doesn’t seem like Tori Spelling is the least bit embarrassed. The former actress is still posting photos on her multiple social media accounts, indicating that all is well in her family life and that she’s not the least bothered about her financial problems.

Tori Spelling and Dean McDermott might like to play the ‘happy couple and family’ card to the media, but given their tumultuous relationship, long history of cheating scandals and frivolous spending habits, it will only be a matter of time before these two end up paying the price for their bad choices.

This of course means that they might ultimately end up behind bars if they don’t cut back on their monthly bills, pay back the government, or find full-time jobs. Tell us CDL readers, what do you think? Are Tori Spelling and Dean McDermott headed to jail just like Teresa Giudice and Joe Giudice?

Celebrities attend the Raising The Bar To End Parkinson’s event at Laurel Point on July 27, 2016 in Studio City, California. FameFlynet