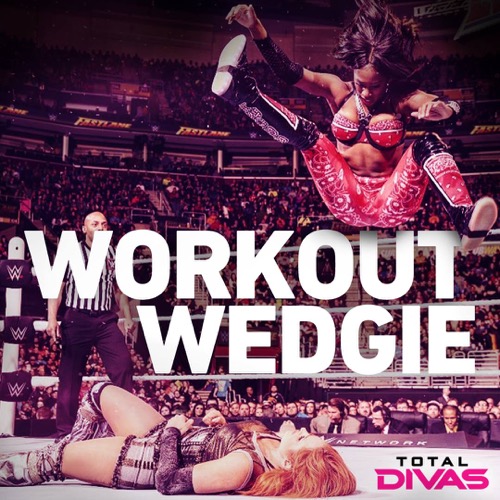 Tonight on E! the WWE’s Total Divas starring the Bella Twins and the rest of the Divas continues with an all new Wednesday, November 23, season 6 episode 2 called, “Orlando Strong,” and we’ve got your Total Divas recap down below! On tonight’s episodes, in the Season 6 episode 2, as per the E Online synopsis, “Trinity returns to Orlando to honor the victims of the Pulse Nightclub shooting; Nikki accuses Brie of sweeping Bryan’s depression under the rug.”

Tonight’s episode is going to be filled with lots of guaranteed drama that you won’t want to miss, so be sure to tune in for our live coverage of Total Divas tonight at 9 PM ET! While you wait for our recap make sure to check out all our Total Divas’ recaps, news, spoilers & more, right here.

Monday Night Raw after WrestleMania was usually the start of a whole new storyline for many of the wrestlers. However, Maryse’s return had come as quite a shock to many. Maryse had made it clear recently that she had moved on from wrestling world and that she didn’t have any regrets about where she was now. So seeing her again and learning that she actually had a storyline for the first day back was shocking. And it had also hurt Nattie because she hadn’t seen that sort of betrayal coming.

Nattie and Maryse were friends and Nattie happened to be one of the few women that continued to speak to Maryse later on in life however Maryse had never said that she was coming back or that she was risking Nattie’s chance at winning the title. But that’s what her return basically spelled out for Nattie. Nattie had thought it was finally her time to shine and everything had lined up. The Bella Twins were both out of the wrestling season and the Women’s Championship was suddenly available. So Nattie had been given a once in a lifetime chance and then Maryse came back.

Maryse was fierce competition back in the day and it wasn’t like she had let herself go in the meantime. She was still exercising and in prime condition for a return. So Nattie began hearing that she had to put on a good show in the arena as if she didn’t already do that and she also had Lana breathing down her neck. Lana was sweet and Nattie liked her, but Nattie didn’t want Lana calling her every hour of the day because the other woman was constantly asking for advice. Yet, Lana was still new to wrestling and she had wanted to learn.

So Nattie agreed to pass on her wisdom in the end and, as she was doing that, the Bellas were trying to expand their brand. The ladies were booking events and agreeing to photo-shoots. Though they were still having the same type of problem even out of the ring and that was Nikki. Nikki was still bossy and she tends to roughshod over her sister who was going through a tough time. It wasn’t easy getting pregnant and so Brie had to watch her ovulation cycle very carefully. And while she would never sabotage her sister, her sister had no problem with sabotaging her.

Nikki had agreed to do an all-day photo-shoot with her sister without getting said sister’s opinion. So that had frustrated Brie. Brie had left the ring to get pregnant and so that was her first priority though her twin sister and so she didn’t understand why her sister wasn’t giving her the full support she needed. Yet, it turns out that Nikki had had a reason for that. Nikki had later talked to her sister about the baby-making and she revealed that she had some concerns like whether or not Bryan was ready to be a father.

Bryan had told Brie in Tampa that he wasn’t ready to have kids and that he didn’t know if he would ever be ready. So Nikki told her sister that she needed to considered what her husband was going through before she ran out to get pregnant and that made Brie realize how inconsiderate she was being. Brie had simply swept the things she didn’t want to think about under the rug and so she hadn’t realized that her husband’s feelings much less all he had been through had also been put away until she talked to her sister. And so she said she was going to talk to Bryan.

Which had been a great idea. Bryan had had fears of his own because he hadn’t been sure that his depression wasn’t going to create a problem down the road yet he had loved the idea of having kids and he told Brie that he wanted to get pregnant just as much as she did. So Bryan was ready to have a baby and all else he had to say on the matter was that he hoped that if they have a daughter that she wouldn’t get up to half as much as Brie did. And, as that took care of itself, Nattie also figured out that Lana was merely passionate about the job and had wanted to be good at it. And so Nattie learned to overlook Lana’s peskiness as well as the fact Lana dented her car by accident.

But the tragedy struck on tonight’s episode. Trinity had found out that the same nightclub that she had been going to for the last ten years had been the site of another mass shooting so that had shakened her. What happened at Pulse could unnerve anyone however Trinity’s close family and friends had fortunately been spared that night. Her uncle had decided not to go and her friend Angelique had hid in the dressing room backstage. So coming back to finding that out after WrestleMania had pushed her into taking action.

Trinity had wanted to pay her respect to the men and women that died when a madman tried to push his hate onto others. So she and her had held a vigil for those they lost and, despite her fears, people did come out to pay their respects to the victims. However, the vigil wasn’t the only thing that Trinity did. She had wanted to personally to honor those that their community lost and so she had also created a plaque with all the victims’ names on it. So that no one could forget who died that day and she also hoped it gave some the closure they were all looking for.