TV Shows To Watch On Netflix Spring 2016: Add The Best Television Series To Your Netflix Queue! 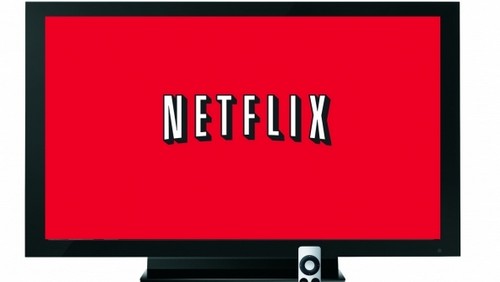 What’s a good TV show to watch on Netflix this Spring 2016? Netflix has thousands of movies to watch, but if you are anything like me you also use it to catch up on TV show series that you didn’t have time to watch when they aired on television or to watch old television shows that are no longer on the air if you are feeling nostalgic.

How To Get Away With Murder

If you didn’t jump on the How To Get Away With Murder bandwagon when it premiered on ABC in 2014, then you are most likely a little confused now. HTGAWM is the latest addition to Shonda Rhimes’ “TGIT,” and will truly blow your mind. Viola Davis leads the cast in stellar performances.

How To Get Away With Murder is not for the faint of heart – and with all of the backstories, flashbacks, and flash forwards, I highly advise binge watching Season 1 on Netflix before you start watching the series. But, clear your schedule – you won’t be able to stop until you run out of episodes to watch.

Rectify is definitely a must-watch TV show on Netflix. It’s one of those cable TV shows that a lot of people don’t even know exists, and they have no idea what they are missing out on. Right now you can watch the first two seasons of Rectify on Netflix, the series airs on Sundance TV, and comes from the Oscar-winning actor and Director Ray McKinnon of Sons Of Anarchy.

The series follows the life of Daniel Holden, a man fresh out of prison after DNA evidence cleared his name and he spent 20 years on death row for a crime he did not commit.

Love
Not only can you watch TV shows straight off your televisions on Netflix, but the website now creates their own television shows as well. One of the latest Netflix original, Love, will suck you in. Have you ever watched a TV show that was so raw and real – you literally couldn’t pull yourself away?

Love is not your traditional love story. She’s a screw-up and an alcoholic and he is middle-aged nerd that has played it safe his whole life. You won’t be disappointed!

It’s impossible to believe that you have managed to NOT watch The Walking Dead over the course of the past few years. But, if by some strange ocurrance you haven’t caught an episode of the AMC zombie drama, you can watch the first five seasons of TWD on Netflix. Check it out, there is a reason that millions of people tune in to the show every week and it is the number one rated drama on cable – you might like it.

Saved By The Bell

90’s kids rejoice! There is nothing more nostalgic than Saved By The Bell – and if you were a 90’s kid you will be thrilled to learn that you can watch 6 seasons of the sitcom on Netflix. Sometimes, you just need to relax and watch something that doesn’t require suing your brain, and Saved By The Bell is definitely the perfect remedy.

But, pace yourselves, there is nothing more depressing than running out of what seems like endless episodes. It’s like the show ending all over again!

If horses, cattle round-ups, beautiful scenery, rodeos, and teenage love are your thing – you might want to add Heartland to your Netflix queue. Netflix doesn’t just boast American TV shows, this Canadian hit is wildly popular.

It’s a wholesome drama for fans of all ages, and is a lot of Netflix junkies’ guilty pleasure. Kids and adults gobble up this TV show on Netflix and it’s worth a watch.

The ABC Family drama has seen better days. Rumor has it that Season 7 will be the wildly popular TV show’s final season. In recent years the storylines have gotten a bit redundant, how many stalkers, twins, and unsolved murders can one small town really handle?

But, if you want to reminisce about the show’s glory days or even rewatch a few seasons to just try and figure out what the hell is going on – you can binge on Seasons 1-6 on Netflix.

If you are looking for a light-hearted and hilarious TV show to watch on Netflix, you can always fall back on the tried and true FOX comedy New Girl. Zooey Deschanel is adorable as the quirky school teacher Jess – and her oddball roommates will keep you laughing with their random adventures and disastrous love lives.

Once you get in to the later seasons, Zooey Deschanel disappears from the canvas – but Megan Fox’s addition to the cast does make it up for it a bit.