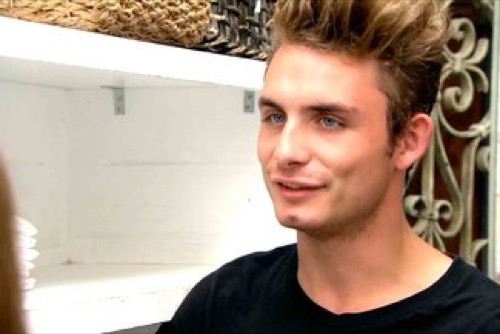 Tonight on Bravo Vanderpump Rules returns with an all new Monday January 11, season 4 episode 11 called, “Fully Engaged,” and we have your weekly recap below. On tonight’s episode, Stassi has been sniffing around SUR, but Lisa Vanderpump wants her to keep her distance. Scheana Shay and Ariana Madix discover that their friendship may be more damaged than they ever knew.

On the last episode, Tom Schwartz finally manned up and planned to get down on one knee for Katie, but Lisa Vanderpump worried that his complicated proposal scheme will end in disaster. Brittany moving in with Jax didn’t stop him from moving in on Lala.

Ariana’s attitude drove Scheana and Katie closer to Kristen, Sandoval tried to correct a huge mistake, and Kristen and James got left out in the cold when the SUR crew planned a tropical vacation. Did you watch the last episode? If you missed it, we have a full and detailed recap right here for you.

On tonight’s show as per the Bravo synopsis, “Stassi has been sniffing around SUR, but Lisa Vanderpump wants her to keep her distance. Scheana and Ariana discover that their friendship may be more damaged than they ever knew.

With the SUR crew headed to Hawaii for Jax and Tom’s birthdays, James plots to get invited on the trip. Kristen attempts to make peace with Sandoval, newly engaged Katie takes her engagement ring on a victory lap at SUR, and Faith and Lala skinny dip in the most unlikely of places.”

Tonight’s episode is going to be another drama packed one, which you won’t want to miss. So be sure to tune in for our live coverage of Bravos’ Vanderpump Rules season 4 episode 11 — tonight at 9PM EST! While you wait for our recap, hit the comments and let us know how excited you are about this new episode of VR tonight and what you think of the current season so far.

No more ring on a string. Katie and Schwartz were officially engaged and therefore they were on cloud nine.

However, Stassi reentered the picture this week and that put an honest fear in Schwartz. Stassi had apparently reached out to Katie via texts and the other woman had congratulated the engaged couple, but Schwartz didn’t want Stassi back in their life. He said Katie was much better off without her and he for one didn’t want the two to become friends again.

And at first that was fine. Katie had also said that she didn’t want Stassi around which kind of made her a hypocrite because she’s been trying to force Kristen on Ariana, but then again, Stassi used to live far away. So Katie must have thought she was safe.

Yet Stassi ended up doing her own thing and she eventually started to come around SUR despite her notorious past there. And so that put a few people on edge.

In fact, Lisa Vanderpump had been quickly notified about her former protégé’s visits and she then warned her staff to direct Stassi to her office the next time Stassi showed up at the restaurant. She said she wanted to speak to the other woman before Stassi could get a chance to wrangle her way back into the group. And she seemed pretty serious about it.

So much so that Lisa actually looked unnerved. And usually Lisa doesn’t let these kind of things get under her skin but the Stassi situation did. Lisa felt like she had done a lot for Stassi and that Stassi repaid her by stabbing her in the back. Especially when she turned against Lisa’s restaurant which was and is her baby. And therefore Lisa wanted to be done with just as much as everyone else.

But besides Lisa, no one was particularly worried about Stassi becoming one of them again. If anything they were all caught up in their plans for Hawaii and were still discussing who was invited to what event. Because certain people that were going to Jax’s birthday lunch were not invited to the Hawaii Birthday Getaway.

Like Kristen for instance. Kristen wasn’t going to Hawaii and as it happens she was prepared to bring that up at the birthday lunch. First she handed over a lei which was a wreath of flowers to Jax and she told him that they could bring Hawaii there seeing as she wasn’t going to the Island.

And, well, Tom and Ariana found that gesture to be passive aggressive. So there was some eye-rolling at the end of the table.

But then everyone began talking about Max. Lisa’s son had fainted and on the fall down his mouth had scrapped some wood. Hence, his mouth was jacked up and he had to be immediately rushed into surgery.

Although, Max didn’t appear to what to let his accident stop him from going to Hawaii. His parents had actually called him to take him in order to tell him to take it easy. And yet he didn’t want to do that. He wanted to go to Hawaii where he knew he could enjoy seeing the ladies in the bikinis.

Speaking of which, Faith and Lala had gone shopping for the trip with Scheana and Lala might have said too much. She had apparently told Scheana that James couldn’t fit into a Magnum condom and naturally Scheana shared that piece of information with the group. So then they began talking about Lala and why she was even still hanging around James.

And they came to the conclusion that she’s just a massive flirt. They feel like she would flirt with anyone and that includes other women’s boyfriends because Brittany found out about the whole Jax and Lala’s almost situation. Yet Lala was still going on the trip.

So Kristen, Scheana, and Katie tried to talk to Tom and Ariana again about moving on and once again that conversation went down in flames.