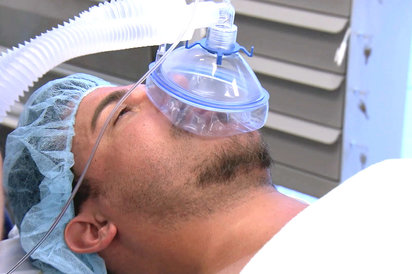 Sobering up had did Katie and Stassi some good. The girls had recently gotten out of line with their close friend Scheana and that had resulted into a lot of tears on what supposed to be a happy occasion however they still wished to remain friends with the other woman and they wanted her to go with them to the Montauk. But neither Katie nor Stassi had heard from Scheana since the fight and that had worried them. They had thought that maybe Scheana would pull out of the trip so didn’t know what they should do and in traditional fashion that didn’t think that they had to be the ones that reached out.

However, Scheana had truly gotten hurt during that argument. She felt had that the girls had ganged up on her because they thought she was a pushover and even her husband Shay had thought that the others were bullies. He said that the others weren’t happy until they made Scheana do what they wanted her to and so that put Scheana in an awkward position. She and her husband weren’t talking about strangers they wouldn’t have to see again. They had been talking about friends and for once Scheana didn’t really care if Katie wanted to throw her out of the waiting party because all she truly wanted was respect.

So Scheana hadn’t wanted to be the first one to reach out either. She had seen their behavior towards her as unacceptable and that had been the one that made her realize that she was better than them. Yet, not everyone had gotten dragged into the fight last week. Kristen for instance had done her best to stay out of it and she had also tried to support Scheana because they had put in a lot of effort to make things great for their men. And so Kristen was actually being the adult one in the group though she hadn’t truly tried to defend Scheana to either Katie or Stassi and she was also still hanging around Jax.

Jax had spread a rumor about Kristen and Brittany not that long ago, but he gets a pass on the dumb things he does because he’s Jax and so Kristen had no problem hanging out with him even as she was criticizing others for their behavior. Like Lala. Lala was still the woman that everyone was talking about and not that surprisingly Kristen was speaking about Lala to Jax. Jax was going on Ariana’s birthday trip and he felt that Lala was going to ruin the trip for him because she had said a lot of stuff about him in the past. Though both he and Kristen like to pretend that he hadn’t deserved being trashed by Lala and that Lala had no reason to be angry with him.

Tom and Ariana on the other hand, had remained good friends with Lala because they knew that Jax had led Lala on. Jax had been interested in Lala, he had told her that he wanted to sleep with her, and had completely forgot the part where his serious girlfriend Brittany was moving in with him. But the same thing that made everyone joke around with Jax was what led to Lala being labeled as some kind of whore. So the double standards were wrong and Lala shouldn’t have been portrayed that way only she wasn’t entirely blameless. Lala liked to provoke the others and the reason everyone believed she had a sugar daddy was because of the merchandise.

Lala liked to come to work with Hermes bracelets, Christian Louboutin shoes, and brand new cars that she couldn’t possibly afford on her salary. So Lisa had tried to talk to Lala about that and Lala had said the reason she likes coming into work like that was because she liked making the others jealous. However, Lala says she doesn’t want the others to talk about her and then she shows up to work with something new so who knows what she wants? Does she like the gossip or doesn’t she? Maybe she doesn’t even know herself yet she should try taking some of Lisa’s advice in the meantime.

Yet, Lisa had also attempted to talk some sense into Katie and hadn’t gone well either. Katie had apparently gotten offended when Lisa told her that Stassi could be making everything worse and so she had ignored everything Lisa was telling her though funnily enough Stassi had talked to her eleven-year-old Nikolai about what was going on and even Nikolai realized Stassi was overstepping. He had told his sister that she liked pushing her way into other people’s business when she should stay out of it and let others realize when they’re wrong. That is if they’re wrong to begin with and Stassi wasn’t blowing things out of proportion.

So Nikolai was a smart kid and he saw right through his sister even if Katie didn’t, but Stassi who knowingly admits that her brother did know her had also said that she wasn’t going to be taking his advice. She said she could ignore him because he was still small and that meant she still wanted to be the boss. Even in her personal relationships with her friends. Though the one thing that Stassi couldn’t control was Scheana. Scheana had gotten fed up with being pushed around and she had told her mother that she was still going on the trip to Montauk despite everything was because she couldn’t go to Sonoma with Ariana’s group.

It was Ariana’s group that looked like it was going to have fun and so everyone had been excited to go to Sonoma. But Ariana had invited both Jax and Lala so Lala had gotten worried that Jax would say or do something that would make her upset. So Lala didn’t feel comfortable with going and she would have been happier if James had at least gotten invited however Ariana and Tom didn’t invite him and so Lala thought she was going to be defenseless at the cabin. And at the last minute, no one could get in touch with her and she had ended up missing the flight to Sonoma.