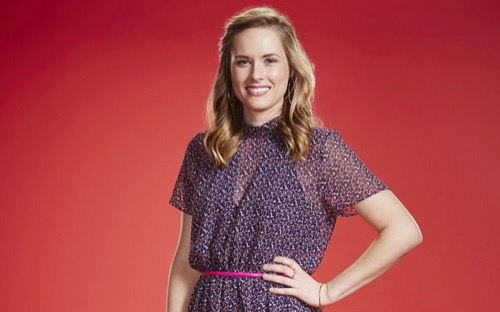 Hannah Huston of Team Christina chose to perform live “Something’s Got a Hold on Me” by  Christina Aguilera this week for her Top 12 song performances.  Did you watch tonight’s show? In case you missed tonight’s show, CDL has you covered – read our full and detailed recap right here! And if you missed any of the videos – check those out right here.

On tonight’s Top 12 episode, Hanna sang “Something’s Got a Hold on Me” from Christina Aguilera as her live performance and this is the judges’ comments about her performance:

Adam says he thinks there’s a new genre of music and calls it alien soul. He says it’s so bizarrely not of this earth but rooted in something they know and understand. He says it’s messed up and perfect and he loves it and loves her.

Blake asks if he’s saying it’s like if ET can sing and Adam calls him dumb. Blake says her song choices are always interesting and says it’s so unexpected and then jokes there’s a couple of inches of stage she didn’t work and says he’s a fan.

Pharrell says everyone in Nebraska has to vote for her then says it’s innate and she has mountain ranges of notes in her and doesn’t leave anything out of it. He says she’s like killing and inspiring so many people with her willingness to dream and says everyone vote for her.