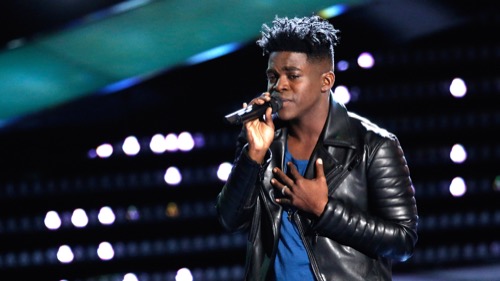 Paxton Ingram of Team Blake chose to perform live “Hands to Myself” by the Selena Gomez this week for his Top 12 song performances.  Did you watch tonight’s show? In case you missed tonight’s show, CDL has you covered – read our full and detailed recap right here!  And if you missed any of the videos – check those out right here.

On tonight’s Top 12 episode, Paxton sang “Hands to Myself” from Selena Gomez as his live performance and this is the judges’ comments about his performance:

Pharrell says Miami should be proud and says the performance had a lot of interesting parts.  He says that high note he hit and held showed he’s an amazing performer. He says he’s a vessel and the crowd loves him. Pharrell encourages him to try and sing something inspirational.

Blake says he agrees and was thinking the same thing like he’s singing in church.

Blake says no doubt Paxton will be around because he’s awesome and says let’s dig in and do that next week.

Check out the full video below – and share your comments on Adam Wakefield’s Top 12 performance. Do you think Paxton can win it all? If you missed any of the Top 12 performances – you can see them all right HERE! Share your thoughts in the comments below on tonight’s finale performances for The Voice Season 10 Top 12.