Who Got Voted Off Dancing With The Stars Tonight? Rick Perry and Emma Slater Eliminated 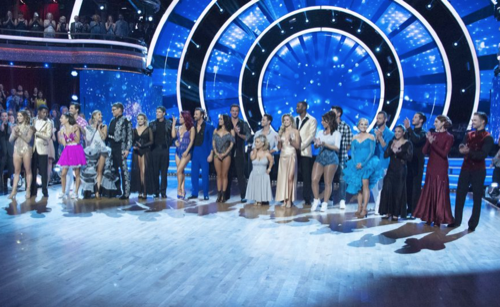 Tonight on ABC it’s the second Dancing With The Stars elimination of Season 23 and sadly we will say goodbye to another celeb. On last night’s performance episode, the twelve couples took the competition to the next level as “Face Off night”, pitted the couples against each another in dance-offs.

After last night’s performances, six couples were safe and six were in jeopardy after the Face-off. The couple who are in jeopardy of going home tonight are: Babyface and Allison; Rick Perry and Emma; Ryan Lochte and Cheryl; Terra and Sasha; Amber Rose and Maks and Marilu and Derek.

Rick Perry and Emma line up to hear their scores from the judges.

Tonight’s DWTS has just ended and Rick Perry and Emma Slater were eliminated. What do you make of these results? Leave your thoughts in the comments section below!