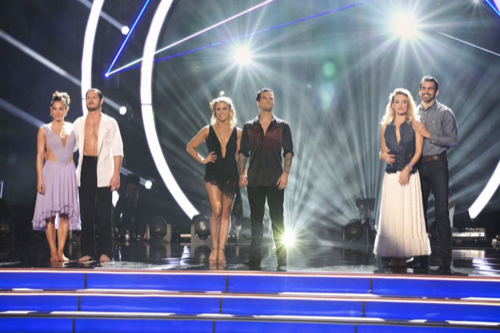 Last night on ABC’s Dancing With The Stars 2016 after weeks of stunning competitive dancing, the final three couples performed. It was the closest race ever with some of the best dancing celebrities have ever pulled off. Ginger Zee and Valentin Chmerkovskiy, Nyle DiMarco and Peta Murgatroyd, and Paige VanZant and Mark Ballas had one last night of competitive dancing, vying to win the judges’ and America’s votes to be crowned the “Dancing with the Stars” champion, culminating an incredible season.

On tonight’s final episode in the two-hour season finale the three finalists advance to the final stage of the competition. There will be live dancing and show-stopping performances as the night kicks off with a high-energy opening number, featuring a reunion of all 12 of this season’s couples. At the end of the night, a champion will be named, and the winner will be presented with the coveted Mirrorball trophy.