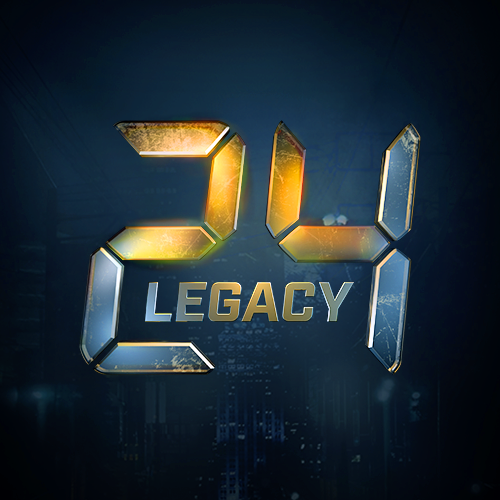 Tonight on FOX their new drama 24 Legacy premiere with an all-new Monday February 6, 2017, episode and we have your 24 Legacy recap below.  On tonight’s 24 Legacy season 1 episode 2 “1: 00 PM – 2: 00 PM,” recap as per the FOX synopsis, “When Ben Grimes (Charlie Hofheimer) demands money in exchange for the list he seized from a safe box in Khalid’s compound, Carter (Corey Hawkins )must go back to his roots to help obtain the money. Meanwhile, Rebecca (Miranda Otto) is determined to figure out who leaked the Rangers’ files .”

So make sure to bookmark this spot and come back between 8PM – 9PM ET for our 24 Legacy recap.  While you wait for our recap make sure to check out all our television pics, videos, news, spoilers, recaps & more, right here!

Carter had no other choice than to reach out to Rebecca again for her help tonight’s episode of “24: Legacy”.

Carter had known without a doubt that Rebecca was in his corner and so he reached out to her because he had desperately needed help to find his old comrade Grimes. But Carter knew that if he wanted to get Rebecca’s help that he would have to be completely honest with her and so he risked frightening her with what he had learned. Carter had unfortunately found out that Grimes had a list of sleeper cells that he managed to take from Bin-Khaled’s compound however his fellow ranger had no qualms about selling that list to the highest bidder rather than turn it over to the US Government.

However, tracking down Grimes was still going to be difficult even with Rebecca’s resources. So Carter tried to figure out how he could convince Grimes to turn over that list to him instead of anyone else while Rebecca went about trying to find the mole. Rebecca had known that someone had betrayed the ranger squad and she knew that only three people in the world had access to their new identities yet Rebecca only had one of the three in her custody and so she tried speaking to Keith about his options. She told him that he could easily go down for what happened… unless he worked with her to clear his own name.

So Keith had given Rebecca his override directorial code and he had essentially put his life in her hands. Yet, Rebecca was looking into him and doing her best to rule Keith out as a suspect when Carter had finally gotten in touch with Grimes. Carter had apparently tried to appeal to Grimes’s better nature, but Grimes’s mind had been too forgone to recall the loyalty he owed to his country and so Carter had had to make an offer. He had offered Grimes the money Grimes was demanding for the list and so Grimes had put him on a deadline. Grimes had counteroffered by saying he wanted his money that same day.

Carter however, didn’t necessarily have millions lying around and so he turned to his brother. He called Isaac and asked him if he could borrow some cash. But Isaac didn’t have that sort of money either and he had actually gotten concerned when Carter asked him. He said that Nicole had been saying a few things to him about how Carter came back different and that he himself wasn’t sure where Carter’s head was at. So Carter told him in his own way that it was too little too late to suddenly care about him and that he was fine. He said that he just needed the money and so Isaac tried to joke around with him.

Isaac had said the local police had recently made a huge drug bust and that they must have taken in well over four million. However, Carter realized that stealing from the police might honestly help him to pay off Grimes and so he tried asking for some background information from Isaac. He had asked Isaac where they pull their haul and what type of security that Metro PD had. So his brother had tried to tell him that it would be suicidal to try and steal from the police yet Carter didn’t want to hear it from him and had hung up.

Yet, Carter hadn’t needed his brother’s help to steal from the police. Rebecca and Andy had confirmed Isaac had told him and had even said where the evidence locker was located in the police department. So Carter had gotten all the information he needed and was trying to plan a way to get inside when the racist Metro PD had pulled him over. The cops had seen a black guy with a bag and had figured that he must be up to something, but pulling Carter over and beating him had actually helped him determine how he was going to get to the evidence locker.

Carter it seems had realized that he could use the racist cops to get in the police department. So he turned their advantage on them and had removed their guns before they knew it however Carter then took the time to create enough explosives to frighten the cops before he attached it to them. But Carter’s plan had been happening at the same time that other plans were being made. Amira for instance had tried calling off Drew by telling him she didn’t believe in hurting anyone and that she had just been trying to make a boy she had met online feel comfortable with talking to her.

So Amira had thought she had convinced Drew with her story and she hadn’t known that he was following her until he spotted her given Mr. Harris oral sex and correctly assumed that her whole story had been a lie. However, neither Mr. Harris nor Amira were going to let Drew tell anyone what he had seen or what he had learned. So Mr. Harris attacked the teenager and had killed him by forcefully smashing his head into the floor yet Amira had watched the door the whole time and so she had ensured that no one had interrupted or seen Drew’s death. And so he died without anyone that cared knowing.

But unfortunately Amira didn’t seem like the only spy on tonight’s episode. The good Senator had found out that his number one aide Nilaa Mizrani had attended a radicalized mosque during her sophomore year. So Donovan had tried to reason with his father and uncle that Nillaa wasn’t some terrorist though it was hard to refute that when the same Parkland Mosque had gone on to spew hate and encourage terrorist attacks against the west. And so Donovan had had to speak to Nilaa. He had to tell her that the opposition had already come up with an ad to paint Nilaa as a terrorist and that all he wanted to know was why Nilaa didn’t say anything. So she had to explain.

Nilaa had said that she had gone to that mosque long ago to try and show the others that the Imam there was distorting their faith. So Donovan chose to believe in his aide and he had told her that he would stand by her despite the optics yet Rebecca and Andy had figured out who had accessed the Army Rangers code and they had figured out that Nilaa had used Rebecca’s old director override to gain the information. Though just as Rebecca had realized that, someone had broken out Director Mullins and he had locked her up along with Andy. Meaning there was no one to get to Carter or warn him.

So Carter found himself in a police evidence’s locker without any sort of backup and not even his own brother could help seeing as Isaac was being set up by his girl, Aisha.