Amber Rose and French Montana Heat Up in Miami 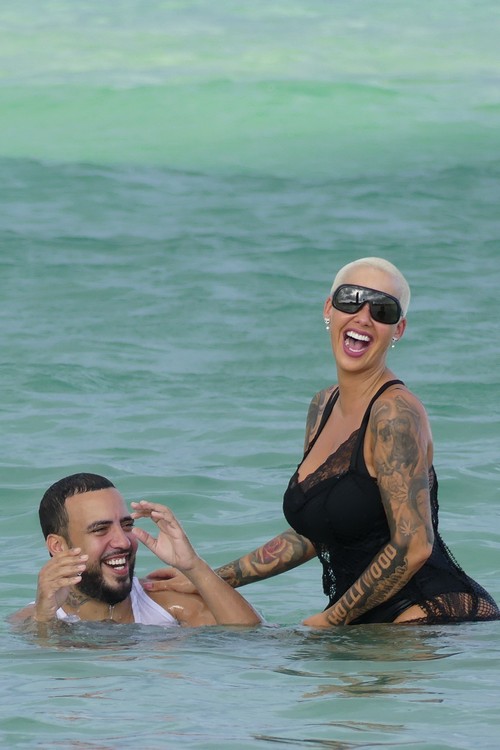 Amber Rose and French Montana are sparking reports of romance after the two were spotted in photos getting very flirty in Miami this weekend. Pictures have emerged of the pair frolicking on a beach and hugging in the ocean, leading some to wonder if the two are a new couple. Amber was also in the audience a few nights ago when French Montana played a concert at Miami’s LIV Nightclub, and she even posted pics of the two of them on her Instagram.

French Montana, whose real name is Karim Kharbouch is a rapper and founder of Coke Bay Records. His most famous romance is of course with Khloe Kardashian, whom he dated on and off for a year following her split from husband Lamar Odom. It was recently thought that maybe he and Iggy Azalea were dating, but a relationship was never confirmed. 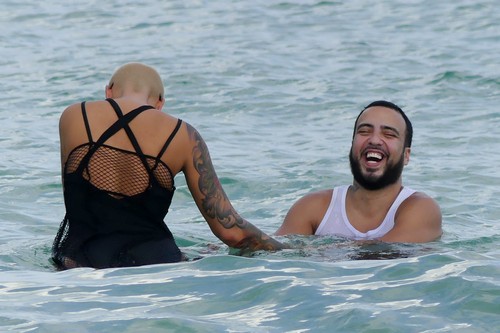 Amber Rose has so far been unlucky in the love department. She met Kanye West when she was working as an model/exotic dancer in 2008 and the pair quickly struck up a romance that lasted two years. Since their bitter split, the former couple has been involved in several twitter feuds. One feud was so ugly that Kanye’s current wife, Kim Kardashian had to step in to smooth things over.

In March 2012, Amber became engaged to rapper Wiz Khalifa and the two married in July 2013. But the union only lasted a year. The former spouses share custody of their four-year old son, Sebastian. 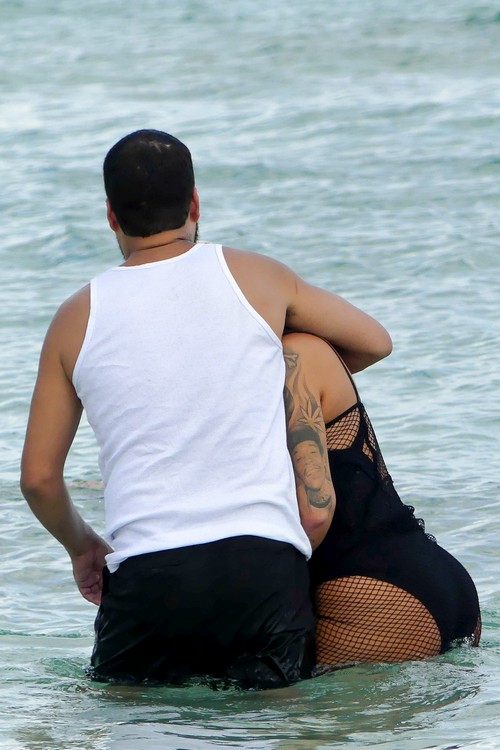 Her most recent romance was with Val Chmerkovskiy, whom she met after being paired with his brother, Maksim on “Dancing With the Stars”. They split up this past February, but Val quickly took to Instagram after their breakup to show there were no hard feelings about the split. Val posted, “Amber is an amazing mother, awesome friend, and loving human period”.

The model recently claimed that she was having a tough time finding “Mr. Right” and even admitted to trying on-line dating. Amber Rose’s dating profile is linked to her Instagram where she shows plenty of skin, modeling revealing outfits. We will have to wait and see if Amber and French Montana are in fact together, or if she will need to keep her dating profile up a little longer. 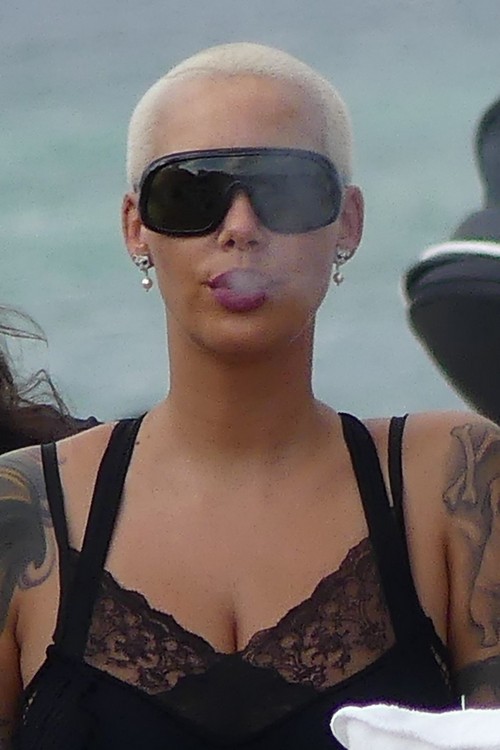