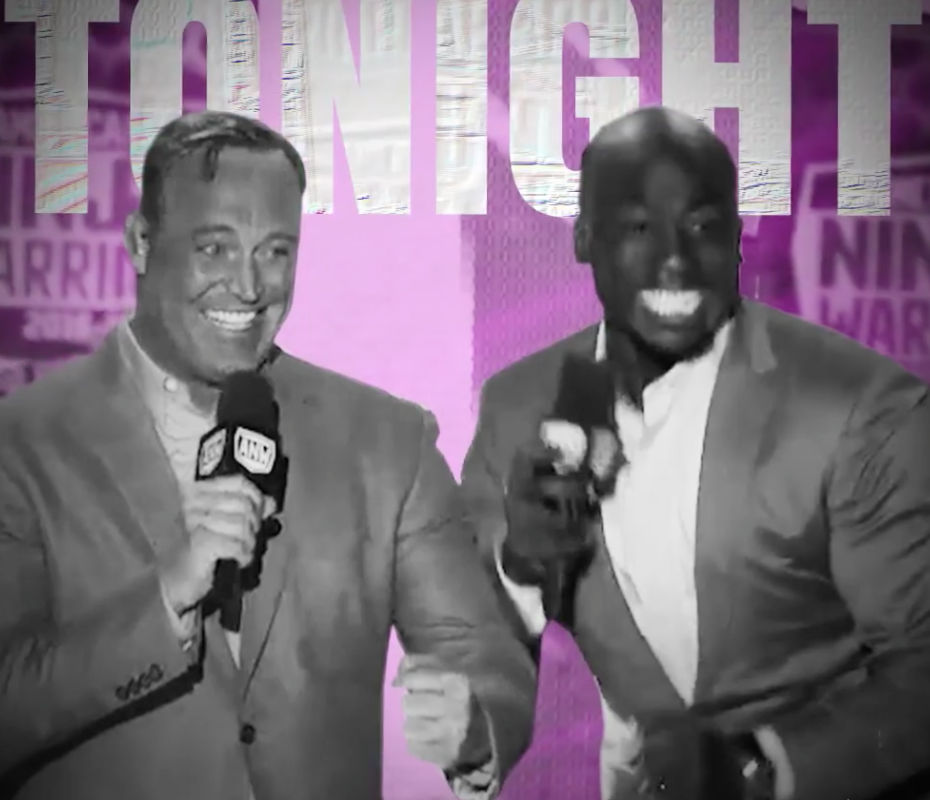 Tonight on NBC their obstacle course competition American Ninja Warrior returns with an all-new Monday, June 12, 2017, episode and we have your American Ninja Warrior recap below!  On tonight’s “Los Angeles Qualifiers,” season 9 premiere as per the NBC synopsis, “The Season 9 premiere features a qualifying round from L.A. The six obstacles include the Cannonball Drop and Battering Ram.”

The contestants on the show have all had to overcome adversity. We meet Artis Thompson from Texas, Jimmy Choi from Illinois, Rich Talavera from Kansas, Kyle Schulze from Illinois, Anna Christiansen from Washington, Brandon and Erika Mears from Illinois, Kevin Bull from California and Joe Heiden from Oregon. All the contestants have a dream that they have never given up on. Their hope and determination has led them all to victory just by competing on the American Ninja Warrior.

Kristine Leahy starts the show by introducing new and tougher obstacles. First it is the Floating Steps, then the Cannonball Drop, the Flying Wheel, the Block Run, the Warped Wall and finally the Battering Ram. The road to Vegas is outlined. The 6 city qualifiers move to the 6 city finals, then the national finals in Vegas in September. Mike Ibasco, age 35, starts off the competition. He struggles to complete the Floating Steps and falls during the Cannonball run and is out of the completion. Kevin DeBruin, age 27, is the next person to attempt the course. He easily finishes the first two challenges but has trouble with the Flying Wheel and crashes on the landing. He is out of the completion.

Anna Christensen, age 27, is the first woman of the evening to compete. She makes it further than any of the other competitions but falls at the Battering Ram and it out of the game. Joe Heiden, age 46, is a cancer survivor and is called the hopeful warrior. He finishes the first obstacle easily but falls on the Cannonball Run. He is out of the competition but says he will be back next year. Paige Chapman, age 32, does very well but just can’t get passed the Battering Ram and is eliminated.

Up next is Daniel Moreno, age 30, a former Army Veteran. He swiftly moves all of the obstacles but just can’t get up the Warped Wall. Anthony Trucks, age 33, ex-NFL player is the next to attempt the challenge. He successfully completes the course in 2:20.76. He is the first competitor of the night to be successful and will move on to the next level of the competition. April Bennett, age 36 is the second woman to compete. She was in the 2008 Olympics and thinks she can win the whole thing. Unfortunately she falls at the Battering Ram and is out of the game.

At this point only one person has successfully completed the course. Next up is Kevin Bull, age 32. He whips through the course and finishes in 1:33.57. Riles Nganga, age 28, struggles at several points but finishes in 3:02.85. He will move on to the next phase. Zhanique Lovett, age 30, is the third female and does a great job but just can’t beat the Warped Wall. The next competitor is Ben Humphrys, age 22. He is a hairdresser by day and Ninja by night. He does a great job and finishes in 3:21.46.

Flip Rodrigues, age 28, is a stuntman and well known athlete on the show. He makes it look easy and completes the course in 1:58.28, the best time of the night. Grant McCartney, age 28, is up next and is a flight attendant from Hawaii. He is the final contestant of the night and this is his second appearance on the show. He was unsuccessful last season but has come to win this time. Grant makes his dream come true with the fastest time of the night at 1:26.37.