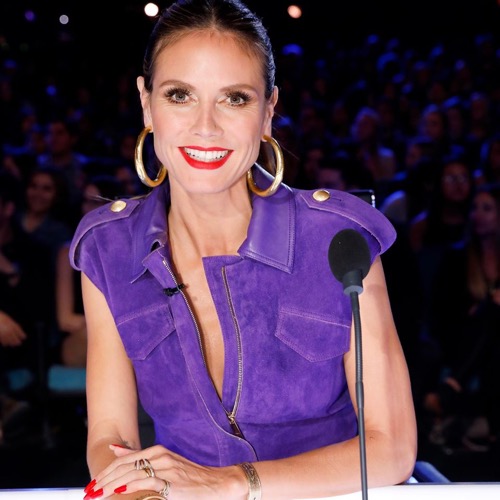 Tonight on NBC America’s Got Talent begins its new season with an all-new Tuesday, June 27, 2017, episode and we have your America’s Got Talent recap below!  On tonight’s AGT season 12 episode 5 as per the NBC synopsis, “The auditions continue with creator and executive producer Simon Cowell at the judges table alongside Mel B, Heidi Klum, Howie Mandel and host, Tyra Banks.”

The show opens with 15 year old Henry Richardson from Brooklyn, New York. He performs magic which he got interested in by watching America’s Got Talent. He does card tricks and the judges and audience love him. He gets four YES votes and moves on in the competition. Maxim Popazov from Las Vegas, Nevada and his wife Maria are both performing but not together. They say they are both too bossy to have an act together so instead they will be competing against each other. Maxim is the first to take the stage and climbs a tower of chairs that are placed on top of a table. He climbs higher and higher as the audience and judges gasp. His act is thrilling and all four judges vote YES.

His wife Maria takes the stage next and she is a contortionist who does amazing tricks on a platform. She also gets four YES votes and moves to the next level of competition. The next act is The Masqueraders and they have been performing together for over 50 years. They had a hit in 1968 called, “I Ain’t Got To Love Nobody Else.” They sing and do a wonderful job. Heidi loved them and told them to never stop dreaming. Mel called them the three feel good brothers and she thought they were yummy. Howie says they are the new boys to old men. They get four YES votes. Simon says there is no age limit on talent.

The Amazing Hoover takes the stage in a cape and top hat. He hopes to bring joy and happiness to others. He makes farting sounds on his arm and plays bowls and speaks with a puppet. He gets buzzed by all four judges and Simon thinks it was the worst act they have ever had on the show. He may be wrong as Sirqus Alfon take the stage. They are three men in yellow, blue and pink suits. They have dreamed their whole lives of performing on AGT. They are acrobats and Simon buzzes them right away but the other three judges think their act is quite funny. Simon gives them the worst act title but the other three judges vote YES and they move on.

A singing group called Final Draft made up of four men from Atlanta, Georgia take the stage and perform, “It’s A Man’s World” by James Brown. Mel tells them their talent can’t be taught, they are just special. Heidi loved everything about the act. Howie thinks the group is really really talented. They get four YES votes and are thrilled to move on to the next level of competition.

Oskar and Gaspar take that stage and ask Heidi to join them. She returns in a white suit and takes the middle of the stage with her eyes closed. The stage goes black and different colored lights and outfits are projected onto Heidi as music plays. Howie thought the act was very creative and he could have watched for hours. Simon found it to be sensational. The act gets four YES votes.

41 year old Vinny Grosso from New York has always loved magic. He had to put his love of magic on hold as he raised his family but now it is his time to shine. Howie takes the stage to help with the act. He draws a card and then Vinny strips to his underwear to prove he has no improper devises to help his act. He then goes behind a screen and even drops his underwear to prove he has no listening devices. He then licks the card and tells Howie what his card is. The act was very funny and he gets four YES votes.

The last act of the night is Carlos De Antonis. He is a 52 year old cab driver from Miami, Florida. He has wanted to be a professional singer his whole life. He sings an incredible opera and the judges are very moved by his performance. Howie loved him and Mel was amazed by his passion. Simon was touched by his heart and the love the audience obviously felt for him. He gets four YES votes.