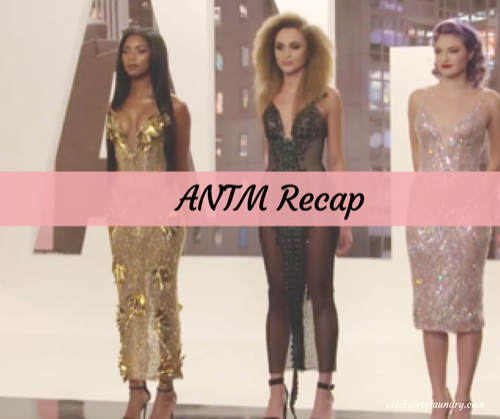 Tonight on VH1 America’s Next Top Model (ANTM) airs with an all-new time.  ANTM airs with an all new Wednesday, March 8, 2017, cycle 23 episode 14 finale called, “The Final Countdown” and we have your weekly American’s Next Top Model recap below.  On tonight’s ANTM episode as per the VH1 synopsis, “In the Season 23 finale, the finalists give it their all to pull off a Paper Magazine photo-shoot spread. Later, the eliminated contestants return to hit the runway alongside singer Tinashe, before one of the final three is crowned winner.”

The final three models fight for the title of America’s Next Top Model. The show begins with the models beginning to shot the spread for Paper Magazine. Tatiana is confident but scared. Coryanne know that this is her last chance to show what she can do. It will be a very long day as the team is shooting six pages of each girl. India starts the day off strong but starts to fizzle.

The girls return home and get a Rita alert. She tells them they will be walking the runway in the morning and it will have a big impact on who will win the title. Tatiana tells the other girls that she really loves them but she will be America’s Next Top Model. India tells the camera she really thinks she will win.

There are three runways, one for each girl. The eleven previously eliminated contestants return to walk the runway with the finalists. Tinashe is introduced to the girls. She will be singing during the show. An Entertainment Weekly reporter interviews each of the girls. The Blondes is the clothing line the girls will be modeling and fitting goes well. Each of the girls’ practice their walk on Tatiana really struggles.

The judges comment on both India and Coryanne’s confidence. All three girls do a great job and they all feel amazing. The girls appear before the judges, Ashley Graham, Law Roach, and Drew Elliott. The winner gets $100,000, be featured in a Rimmel London commercial and a multi-page spread in Paper Magazine. She will also have a one-year talent deal with VH1.

Coryanne is eliminated and the final question is will India or Tatiana win it all. The judges give both girls positive and negative feedback but it seems Tatiana may have a slight edge. The judges argue and then Tyra joins the group. It seems the judges are split. Tyra offers advice and leaves. The judges continue to argue but finally, agree and India is America’s Next Top Model.