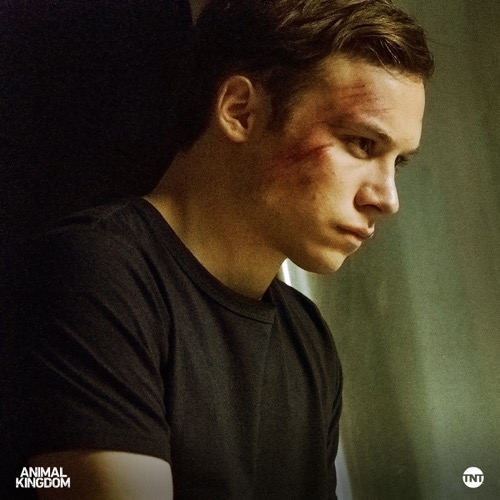 Tonight on TNT Animal Kingdom premieres with an all new back to back Tuesday, July 18 season 2  episode 7 Animal Kingdom recap called, “Dig” On tonight’s Animal Kingdom season 2 episode 7 as per the TNT synopsis, “The guys contemplate how far they’ll go to help Smurf eliminate Javi. Meanwhile, Nicky and J, shaken by events, inch closer together; and Baz shares new information about Catherine’s vanishing.”

The Codys had been attacked. J had almost been killed and Smurf’s house had been ransacked all because she mistakenly trusted the wrong person with her secrets. But that one mistake unfortunately carried repercussions and that meant Smurf couldn’t do the next part on her own. She needed all her sons and not just so Pope however they weren’t taking her calls and Pope had had been forced to go get them personally. And even then, after all of that, Smurf still thought that they were a unit. A family that would look after each other and always have the other’s back. So it had surprised Smurf when she turned out to be wrong.

Smurf’s sons didn’t want to put away their animosity for her and they sure didn’t want to to help her kill Javi. They said that they could wait for Javi to reach out again seeing as Nicky had given him Baz’s phone number though Smurf hadn’t been satisfied by their answers and she had wanted blood. She said that they had beaten up J and that they shouldn’t let that stand. However, the others were more concerned about Smurf’s request to kill someone than they were about J. They still believed that they could pay off Javi and when Smurf that was no longer an option they then wanted to know why.

Why did Javi hate Smurf so much? So Smurf reluctantly told them the story. She said that she used to run with Javi’s father Luis and a man named Miguel, but that something had gone wrong on their last job and Luis had taken a bullet to the gut because some do-gooder that had been nearby. Though Smurf said that there was no saving Luis and so Miguel had put a bullet in him so that his suffering wasn’t drawn out. So, as she tells it, Smurf hadn’t killed Luis except Miguel had used her gun to do the deed and had also thrown in the weapon with the body after they buried it to keep some form of leverage over her.

But if anyone dug up Luis then a gun would be found with her DNA all over it! So Smurf had wanted to get rid of Javi and just end things once and for all yet her sons hadn’t wanted to keep discuss the matter with her and they had asked her to give them space while they deliberate when really they had just wanted to argue it out amongst themselves. Deran for one had asked J why he didn’t get a gun and taken care of the problem himself only the others had come down on him for that because J had been up against four armed guys. And so they argued like that back and forth before they ultimately came to agreement.

The guys decided that they were going to dig up the body themselves. They said that way Javi couldn’t use his father against her and they’d remove the possibility of her going to jail. Yet, Deran and Craig had wanted to be paid for helping Smurf. The two still didn’t trust her and they thought that she would try to suck them back in with everything that was going on. So they tried to put as much distance between her and them however they still griped about the others. They had seen how Pope had defend Smurf and they thought that he was letting their mother pull him into her web.

So the guys had complained about that amongst themselves and the they had found something else to moan about. Like the fact that they had to watch J and Nicky. They figured the teenagers were fine and could handle themselves because they didn’t think that Javi would come back. However, Smurf wouldn’t let the kids leave the house until she knew that they would be safe and so she demanded that they watch the kids. She said that J and Nicky had been through enough and so Deran and Craig were going to watch them while she found the house that Luis was buried under, but Baz had told Pope that he couldn’t be involved with digging up the body.

Baz knew that the cops suspected he killed Catherine and so he wasn’t sure if they were watching him or not. So he told Pope that he would have to handle things on that end and that he would deal with Javi though what he didn’t know was that Pope would then go to Smurf and tell her everything. He told her that the police knew that Catherine was dead and so the two people that were actual behind her death had tried to let the news not unnerve them. But they were still taking swipes at each other over what happened twenty years ago. Pope remembered back then and he knew that his mother used to run the crew so he also knew her story was crap.

Miguel wouldn’t have had a part in Luis’s death. At least not the way Smurf had explained it because he wouldn’t have shot Luis on his own accord yet he would have helped bury the man that Smurf had killed and so Smurf was hiding something from the others. Though she couldn’t hide what she did from Pope or Javi. Javi had met with Baz and he told him about how he thought his father had run out on him when all along Smurf knew the truth. So Baz had sympathized with him and said that it was unfortunate except he couldn’t let Javi kill Smurf. He told Javi that Smurf was never going to apologize and the best he could get was the money.

Only this time around it was going to be different. Baz had offered Javi two hundred thousand rather than three because of what happened to J and he had even warned Javi that the money was all he was going to get. So Javi had agreed and everything was in place for the others to dig up the body, but Smurf hadn’t been happy with letting Javi go and so she went off script. She left the car when she wasn’t supposed to and she had gotten Javi’s own man to kill him by paying him off instead. Yet, Baz had been angry. He told Smurf that he had grown up with Javi and that Javi had been like family.

But Smurf said that like family wasn’t family. She told Baz that he was family and so in return he had kept quiet about what she did when they met with the others. So no one knew that Javi was dead and they thought the plan had gone off without a snitch. They had found Luis body and were burning to remove all evidence. And when Smurf got her gun back, she threw it into the ocean just to end things however neither she nor Baz told the others that the money she had used to pay off Javi’s guy was actually the church money that they stole…